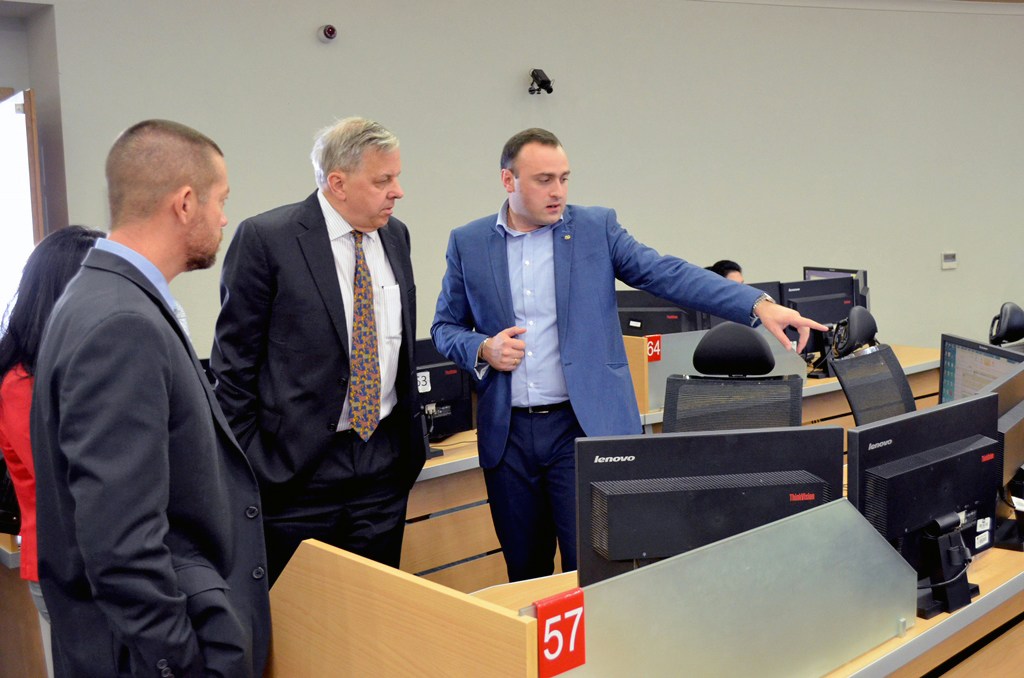 On September 20, Ambassador Kelly visited Georgia’s 112 Emergency Dispatch center, where operators receive, analyze, and transfer incoming calls to police, fire rescue, and ambulance.  The center operates 24-hours a day, 7-days a week.  Founded in 2012, the center serves all of Georgia and was the first 112 center in the post-Soviet region.  The U.S. government, through the Bureau of International Narcotics and Law Enforcement Affairs, donated 14 dispatch consoles to the center in 2014 and continues to support the center by organizing and funding study visits to internationally accredited 911 centers in the United States.  Ambassador Kelly met with the center’s director, Giorgi Bichashvili, and learned about the center’s capabilities.