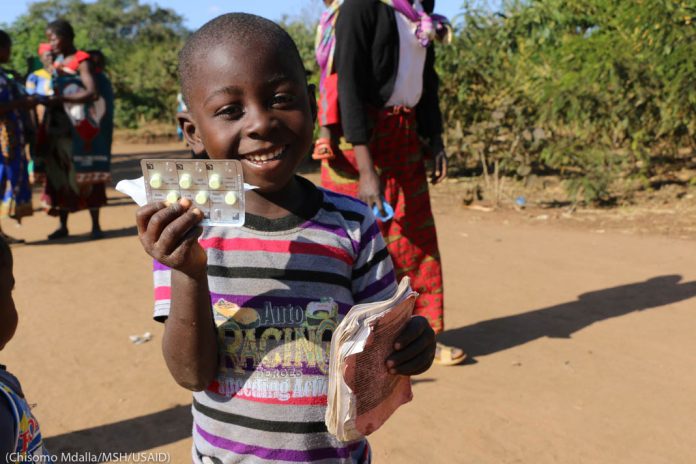 Fifteen years ago, the pediatric ward at the national hospital in Kigali, Rwanda, overflowed with children suffering from malaria, the leading cause of illness and death in the country.

Pediatrician Dr. Lisine Tuyisenge remembers anemic babies doubled up in beds and even sick children on the floor of the ward.

“Now, the number has reduced considerably. Now we can see the ward is empty,” she says. “The future of the country is good for the new generation.”

What made this decrease possible? The launch of the U.S. President’s Malaria Initiative (PMI) on June 30, 2005, marked a turning point in the fight against a disease that has plagued humans for thousands of years. U.S. leadership over the last 15 years has brought new energy, resources, and a coordinated commitment from donors and malaria-affected countries.

Led by the U.S. Agency for International Development (USAID) and implemented with the U.S. Centers for Disease Control and Prevention, PMI now works in 24 partner countries in sub-Saharan Africa and three in the Greater Mekong Subregion in Southeast Asia — representing about 90 percent of the global malaria burden.

To recognize the 15th anniversary of PMI, here are 15 achievements and innovations in the fight against malaria:

Fewer people are getting sick with malaria and fewer are dying from it.

Twenty-two PMI partner countries in sub-Saharan Africa have seen significant reductions in deaths of children under age 5, thanks in part to fewer malaria infections.

More countries are on the path to being malaria-free.

PMI’s support has helped make malaria elimination a realistic goal, with nine partner countries now on track to not just control malaria transmission within their boundaries, but to stop it.

PMI spearheaded distribution of free insecticide-treated nets through campaigns and through pregnancy care and immunization programs at health clinics. More and more people are protected from malaria risk by sleeping under a net.

Malaria testing is simple and faster.

PMI drove the shift away from treatment for people who might have malaria by purchasing inexpensive rapid diagnostic tests (RDTs) and training health workers in villages and clinics to use them, allowing for better care and more efficient  use of antimalarial medicines.

ogether with the Global Fund to Fight AIDS, Tuberculosis and Malaria, PMI helped communities move to more effective antimalarial drugs known as artemisinin combination therapy (ACTs) as first-line treatment, and made them more available to save more lives with these fast-acting treatments.

By ensuring malaria is addressed in national household surveys and building countries’ ability to collect and analyze data, PMI has helped malaria managers and clinic staff track outbreaks, seasonal variations in malaria, and how many drugs and tests they need.

More homes are sprayed with insecticide.

PMI worked to build countries’ ability to do indoor residual spraying (IRS) where malaria is particularly severe and rotate insecticides to prevent the spread of insecticide resistance.

From procuring drugs to supporting studies on timing and frequency of dosing to training health workers, PMI has prevented malaria in pregnant women, thus protecting both mothers and their babies.

PMI’s support of research, procurement of drugs, and assistance with distribution campaigns have made it possible to protect almost all of the 20 million eligible children in West Africa.

PMI support for community health worker training and community-based diagnosis and treatment for children has enabled families to receive malaria care closer to home in villages and rural communities across Africa and parts of Asia.

Communities are empowered to prevent and treat malaria.

PMI investments in data-driven interventions to change behavior have helped millions of families take steps to prevent or recover from malaria.

Insecticide and drug resistance are monitored.

PMI has built capacity in partner countries to test and track the effectiveness of insecticides and antimalarial treatments.

A strong pipeline exists of new drugs, insecticides and other malaria-control tools.

A supply chain ensures the right supplies are in the right place at the right time.

Systems are now capable of buying and distributing millions of malaria commodities such as nets, tests, and medicines, and can even pinpoint low levels of the commodities at individual health facilities.