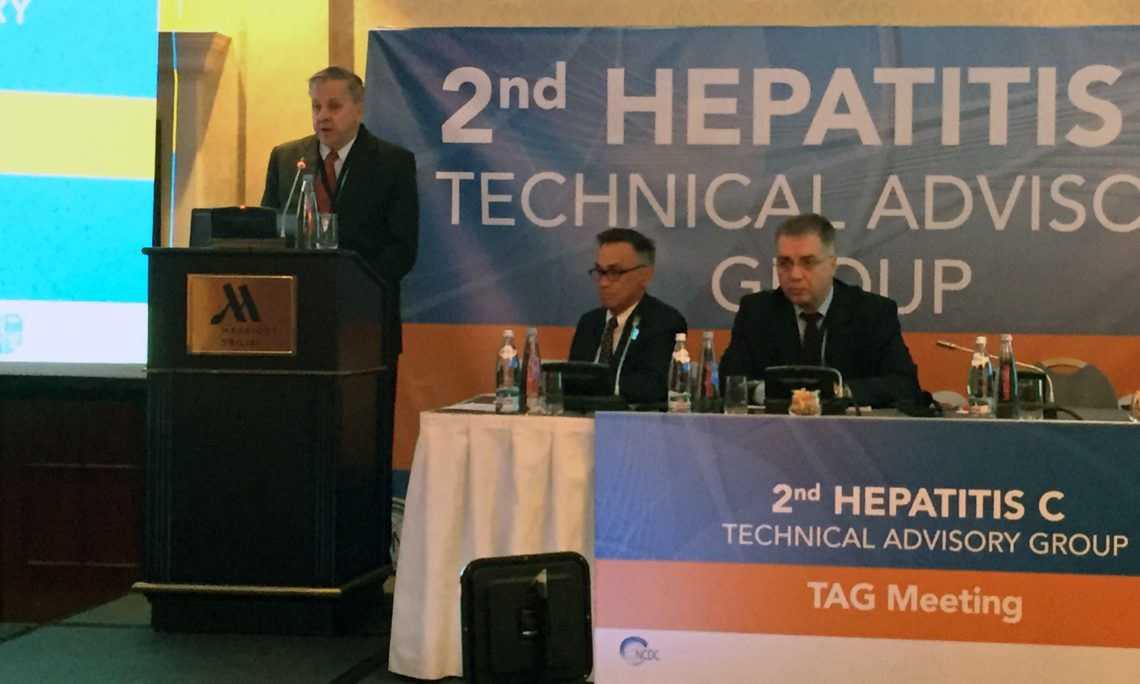 On October 24, Ambassador Kelly welcomed viral hepatitis experts from around the world to the second technical advisory group (TAG) to implement the Hepatitis C Elimination Plan.  The Elimination Plan aims to cure at least 80% of HCV-infected adults by 2020.  This ambitious program has already enrolled over 27,392 people into treatment.  The U.S. Centers for Disease Control will assist with implementation and monitoring and evaluation of this program, which has the potential to serve as a model for the rest of the world.

Ambassador Kelly: I am very pleased to be able to participate in this event.  I think in terms of its impact on human lives, I think the is the most important U.S. Government-supported program that we have and it is a great honor for me to appear here with the minister and highlight the important work that we are doing together to affect so many lives here in Georgia.

Q-n about assessment of the parliamentary elections

Ambassador Kelly: I have spoken many times about our assessment of the elections.  We believe that these elections reflected the will of the Georgian people.  We, of course, have had some concerns about incidents of violence and intimidation and, of course, these kinds of incidents do not contribute to the kind of calm atmosphere that is needed in order for the Georgian people to be able to express their will.  We continue to urge all parties to participate fully in the political process and we will continue to do that in this last week before the final round.

Ambassador Kelly: I have constantly stressed how encouraged I am by the vitality of the civil society sector here.  I think that they play a tremendous role in ensuring transparency and accountability.  I think that we will continue to support civil society.  I’d also say that all of you [journalists] play a very important role, too, that media in any democratic society must be pluralistic; there must be access to the airwaves of all the major political voices.  About the NDI analysis, I think that, as I said before, NDI mentioned that the election results basically reflected the will of the Georgian people, that there are problems, there were problems in some of the polling places.  And I think going forward it is going to be very important that all of the political parties work together; and there be a consensus developed.

Ambassador Kelly: As I say, I think that elections reflected the will of the Georgian people.  I think that after October 30th it is going to be the time for all Georgians to draw together, to work together — both the ruling party and the opposition parties — and develop a way forward for all of Georgia.

Ambassador Kelly: I have only just been informed about this.  This is obviously very concerning and we will, of course, work very closely with the Georgian government to get all the details of what happened.  But from the initial media reports, of course, we are very concerned about this.