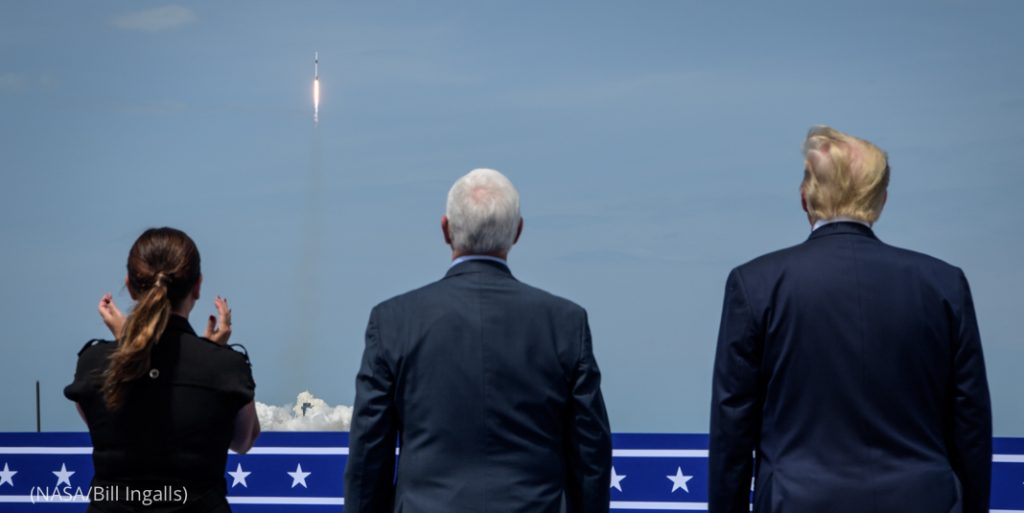 NASA launched two U.S. astronauts aboard a spacecraft made by a private American company May 30. The craft successfully docked to the International Space Station on May 31. It was the first time in history that astronauts entered Earth’s orbit in a commercial company’s spacecraft.

Astronauts Robert Behnken and Douglas Hurley launched into space aboard the SpaceX Crew Dragon spacecraft on the Falcon 9 rocket, after departing from NASA’s Kennedy Space Center in Florida, as a part of the NASA SpaceX Demo-2 mission.

The successful launch is part of the final test flight for NASA’s Commercial Crew Program. The program, which began in 2011, connects the private American space industry with NASA missions for low-Earth orbit and International Space Station flight.

This is also the first time in nearly a decade that NASA has sent American astronauts to space from American soil.

Behnken and Hurley will remain on the International Space Station to run tests to ensure that the Crew Dragon spacecraft can stay connected to the station for up to 210 days on future missions, according to NASA.

“I’m so proud of the people at NASA — all the people that worked together, public and private,” said President Trump after the launch May 30.