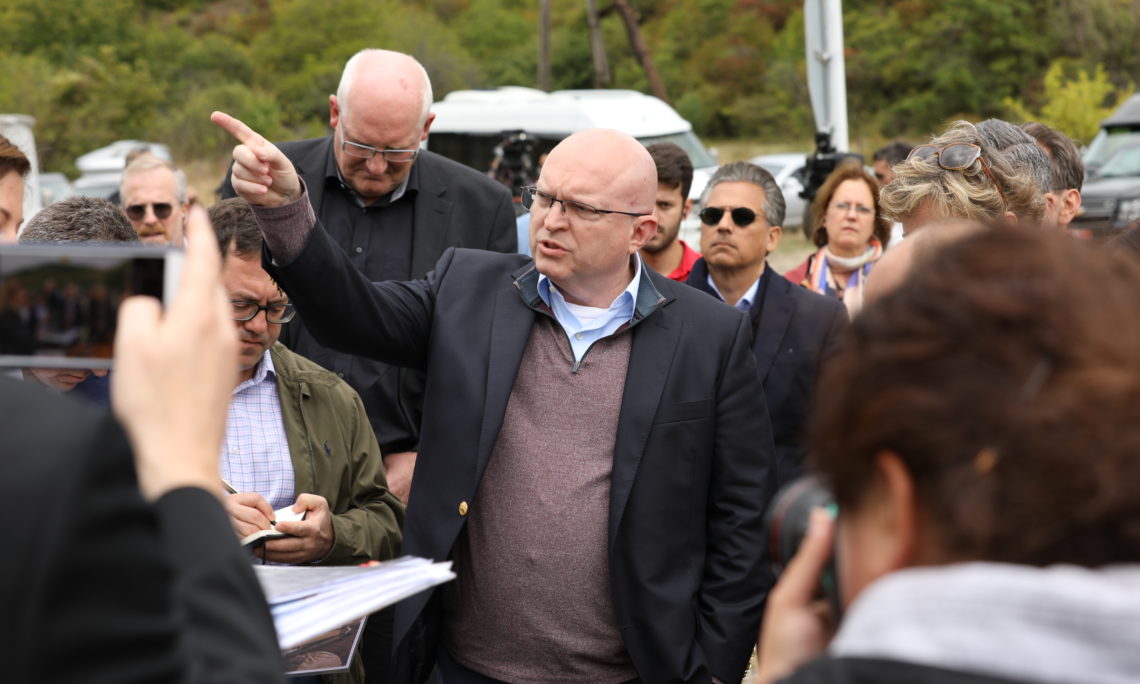 Acting U.S. Assistant Secretary of State for European and Eurasian Affairs Philip Reeker expresses his concern about de facto authorities’ repeated threats to close ABL crossing points for “indefinite” periods of time following a briefing by Georgian officials while observing the recent crossing point closing near Odzisi, Georgia. He called for the immediate halt to the construction of any structures, fencing, or barriers intended to strengthen the “illegal borderization” of the administrative boundary line. Acting Assistant Secretary Reeker called on Russia to suspend its illegal occupation of 20 percent Georgian territory and fulfill its commitments under the 2008 ceasefire agreement.