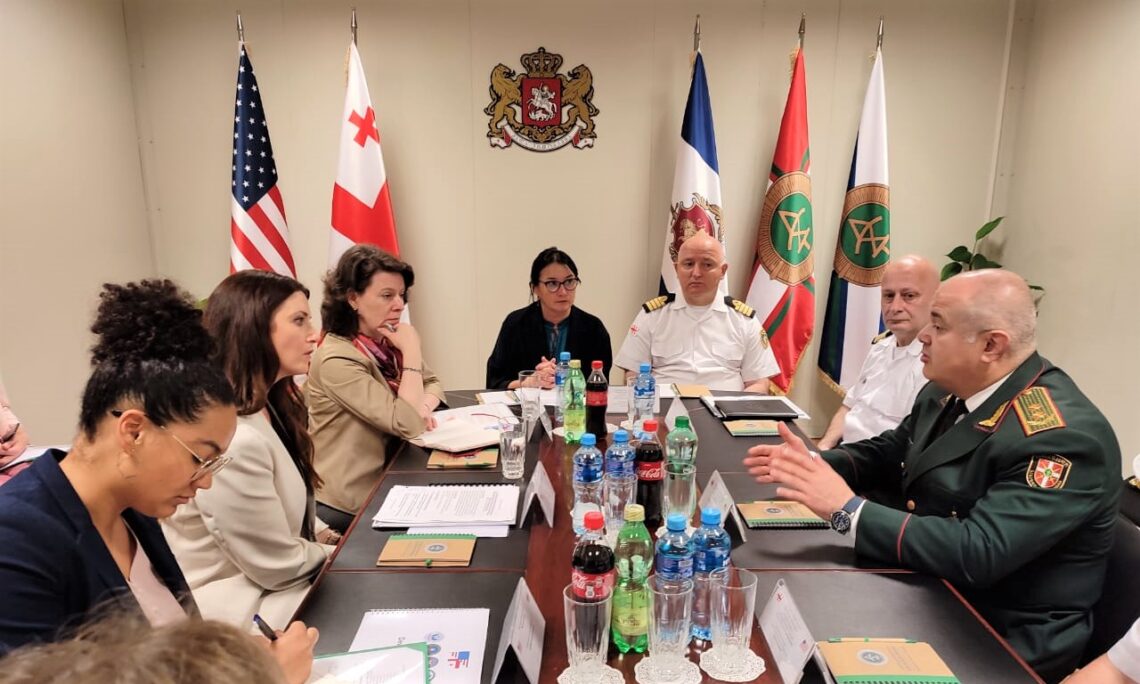 U.S.—Georgian security and defense cooperation is the cornerstone of our strategic partnership. Acting Deputy Assistant Secretary (A/DAS) Kathryn Insley from the Bureau of International Security and Nonproliferation met with officials from the Georgian Border Police and Coast Guard to reconfirm the American commitment to Georgia’s security, sovereignty and territorial integrity.  A/DAS Insley noted: “This visit is an opportunity to affirm the longstanding and critically important partnership between the governments of Georgia and the United States .  This partnership is all the more important given Russia’s unjust and unprovoked war in Ukraine and uptick of hostilities in the region. It is also an opportunity to witness firsthand both the leadership and the capabilities that the Georgian Government brings to the  Black Sea region.” ADAS Insley was greeted by Head of Border Police, Nikoloz Sharadze and Coast Guard Director Ramaz Papidze.