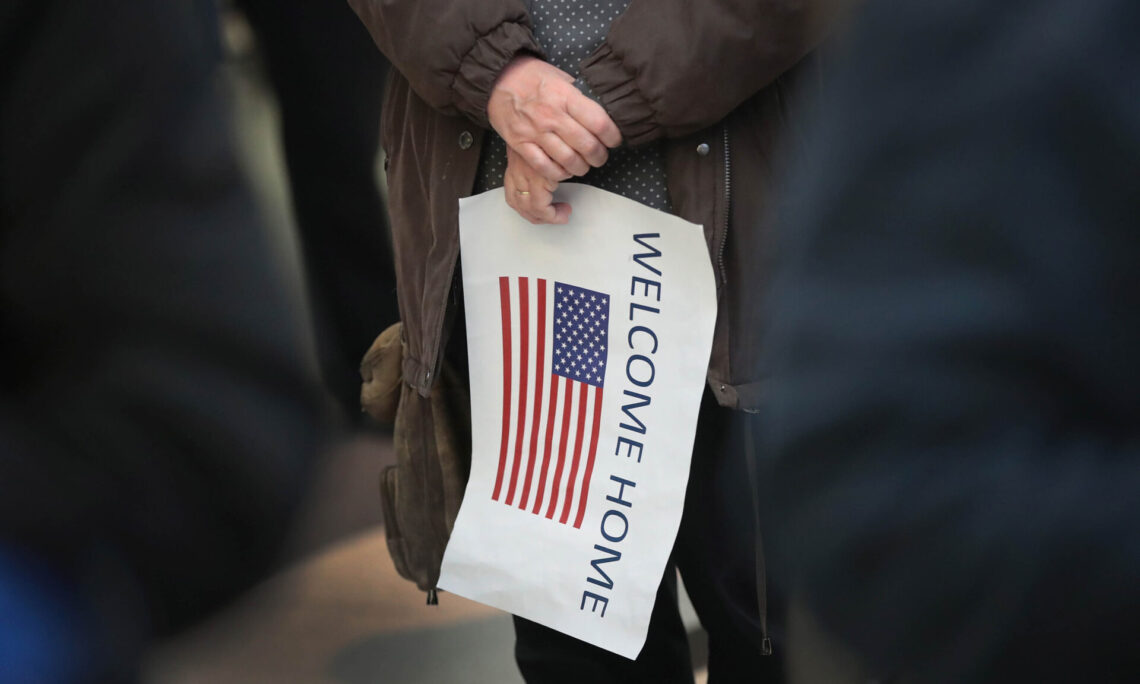 A supporter waits for Syrian refugees arriving at O’Hare Airport in Chicago from Istanbul in February 2017. (© Scott Olson/Getty Images)

President Biden is ensuring the United States remains a safe haven for refugees and that those who apply to immigrate to the country under humanitarian programs are treated with dignity and respect.

In a February 4 executive order, Biden took steps to strengthen the U.S. Refugee Admissions Program (USRAP), a collaboration between government and community groups that reflects America’s core value of taking in the persecuted.

“The long tradition of the United States as a leader in refugee resettlement provides a beacon of hope for persecuted people around the world,” Biden says in the order.

Biden calls for expanding refugee admissions to help address the global need, emphasizing the significant contribution of refugees to American society. The order also calls for minimizing processing delays in USRAP and other humanitarian programs that bring vulnerable people to the United States, adding that delays raise humanitarian concerns and are counter to U.S. national interests.

Access to U.S. humanitarian programs is discretionary, though the order notes that all who apply should be treated with dignity and respect.

The order calls for U.S. refugee and aid programs to:

Additionally, Biden asked the national security adviser to study the impact of climate change on migration and identify options for the protection and resettlement of individuals, as well as proposals for how U.S. foreign assistance can mitigate the negative impacts of climate change.

U.S. Secretary of State Antony Blinken said in a February 4 statement that Biden’s order sends a message that refugees are welcome in the United States. The president’s direction will spur innovation and focus technical expertise to better detect fraud and streamline processing and decision-making, he added.

“Over the coming months and years, we will rebuild and expand the U.S. Refugee Admissions Program and other humanitarian programs so they reflect our values as a nation,” Blinken said. “I share the President’s ambitious vision for restoring these critical elements of U.S. leadership in humanitarian affairs globally at a time when the world’s most vulnerable people need us the most.”