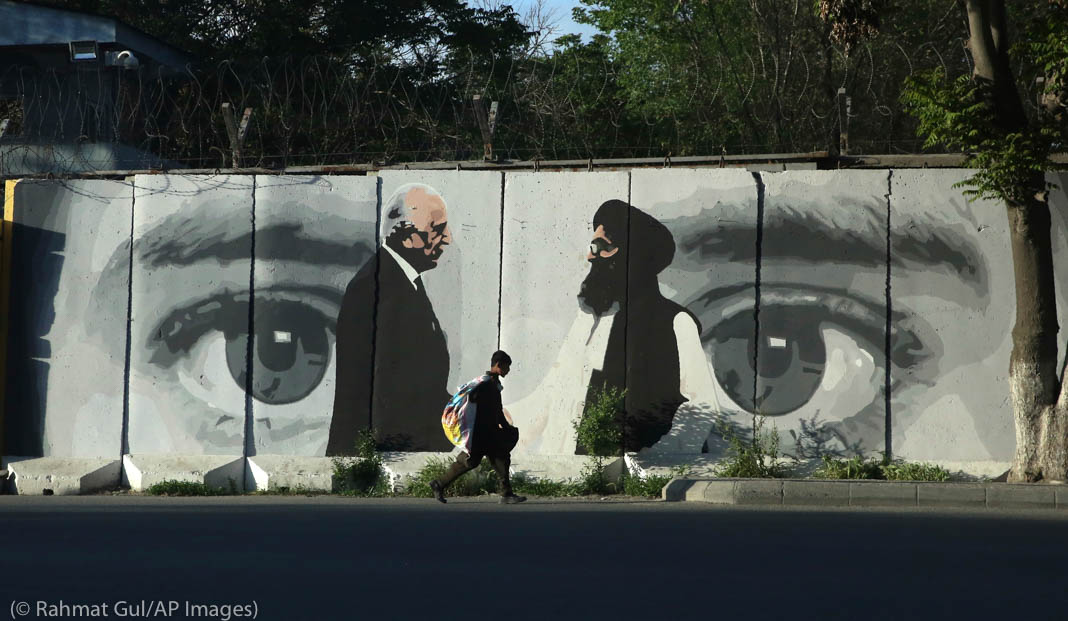 CORRECTS DATE TO MAY 5, 2020 - A young boy carries a sack of goods on his back walks past a wall depicting Washington's peace envoy Zalmay Khalilzad, left, and Mullah Abdul Ghani Baradar, the leader of the Taliban delegation, in Kabul, Afghanistan, Tuesday, May 5, 2020. (AP Photo/Rahmat Gul)

“It’s important to be fully aware of the significance of this moment and to recognize its historic relevance,” Khalilzad said. “The parties must now fully commit to brokering a political settlement that can close a 40-year chapter of death and despair. It will not be easy.”

The United States’ February 29 peace deal with the Taliban opened the door to current talks, he said, noting that the agreement sought to ensure Afghanistan never again becomes a haven for international terrorism.

At the outset of the talks, U.S. Secretary of State Michael Pompeo urged negotiators to build on the significant social, economic and political gains Afghanistan has achieved in the past 20 years.

“It is remarkable and a testament to the human spirit that the pain and patterns of destruction are no match for the enduring hopes for peace held by all Afghan people and their many friends,” Pompeo said in remarks in Doha September 12.

During the September 24 event, “The Beginning of an End to Afghanistan’s Conflict?,” Khalilzad outlined goals for successful negotiations, including a lasting cease-fire and protections for the rights of women and minorities.

While Afghan leaders are brokering the talks themselves, Khalilzad said, the international community is watching closely and considers women’s participation in negotiations an encouraging sign.

“Everyone at the table shares a common history; now they need to understand that their only path into the future must also be a common one,” Khalilzad said. “So far, the signs are positive.”