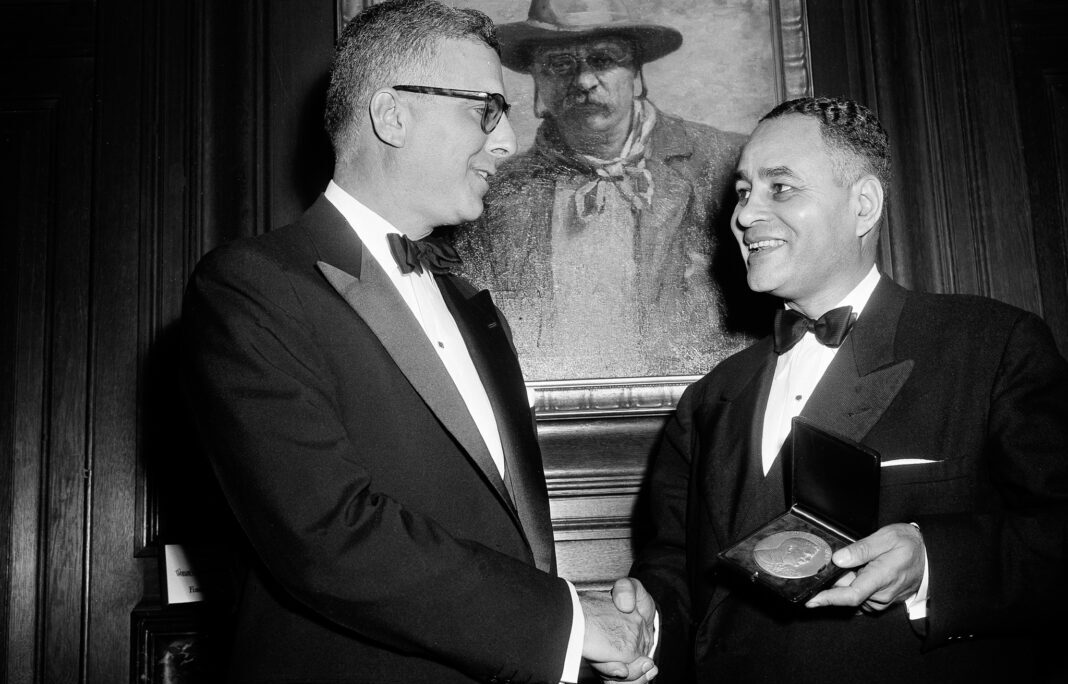 Dr. Ralph Bunche, right, receives the Theodore Roosevelt Association Medal from Oscar Strauss II, President of the association, at the annual dinner in New York, October 27, 1954. The award was made to Dr. Bunche for his work in the field of international affairs. (AP Photo/Marty Lederhandler)

African Americans’ contributions to U.S. diplomacy began in the late 19th century, when abolitionists Ebenezer Bassett and, later, Frederick Douglass were appointed as chiefs of mission to Haiti and the Dominican Republic.

Since then, African American diplomats have served with distinction all over the world. Ralph Bunche was awarded the Nobel Peace Prize in 1950 for negotiating an Arab-Israeli truce. Patricia Roberts Harris, ambassador to Luxembourg during the 1960s, was the first African American woman to serve in such a role.

Later, Colin Powell and Condoleezza Rice served as secretaries of state. And like them, many other African American diplomats have been integral to America’s engagement with countries around the world.