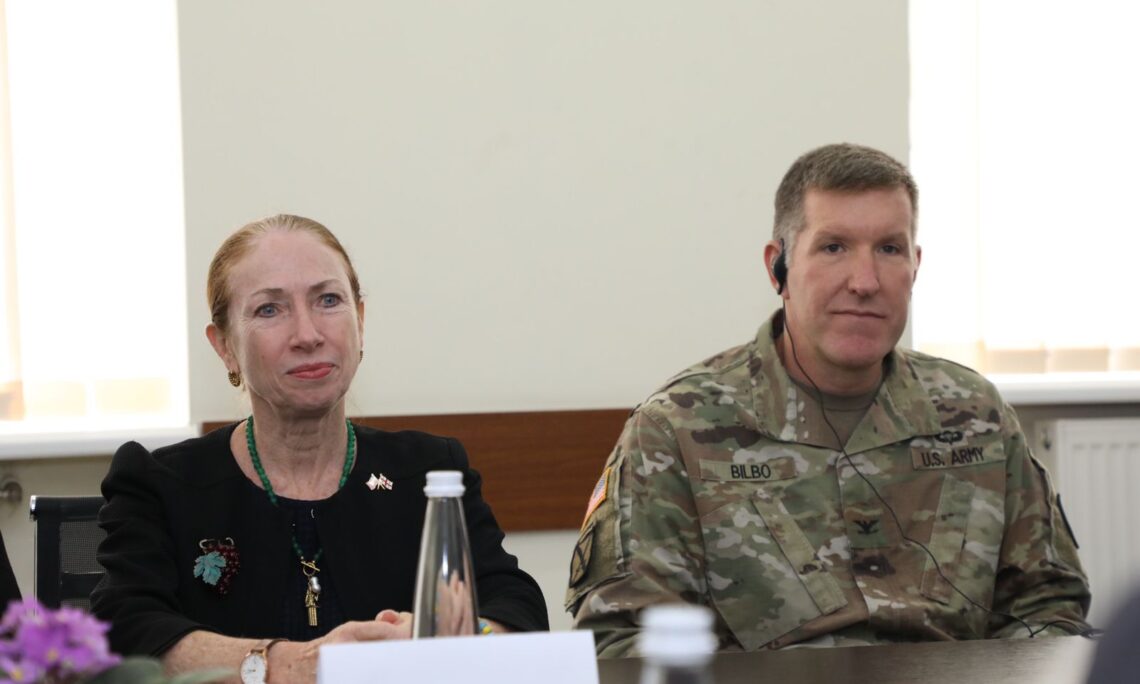 Racha is undoubtedly one of the most beautiful regions of Georgia, both for its scenic grandeur and cultural heritage. During her meeting with local government officials, Ambassador Degnan expressed readiness to support Racha’s political and economic development. She also told her hosts about the Ambassador’s Fund for Cultural Preservation, through which many sites in Georgia have been restored. To this day, the U.S. Government has funded twenty projects worth $2 million to save different treasures of Georgia. We would like to thank Racha-Lechkhum-Kvemo Svaneti Governor Papuna Margvelidze, First Deputy Governor Kristine Kobakhidze, and Deputy Lasha Chichinadze for an interesting meeting, cooperation, and hospitality. Also, a big thank you to Mayors and Sakrebulo Chairs of the region’s municipalities for attending the meeting.