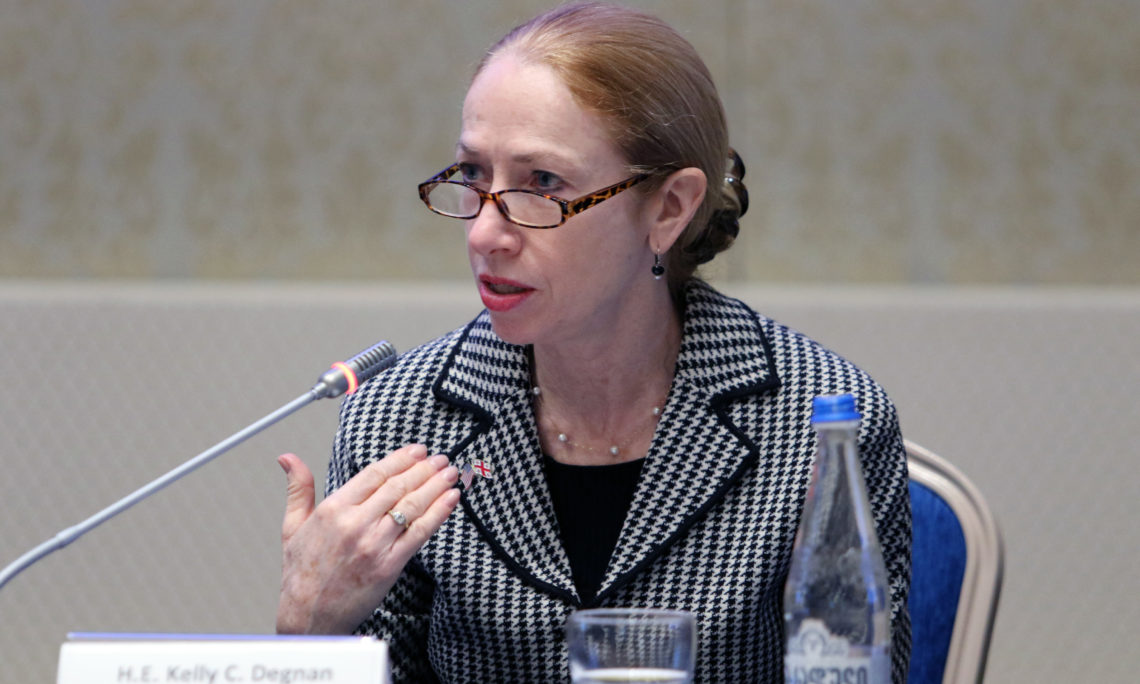 Today Ambassador Kelly C. Degnan delivered remarks during the Meeting on Preventing Violence against Women in Politics and Elections organized by the United Nations. The Ambassador spoke about the growing recognition of women’s important role in leadership and how their political participation results in tangible gains for democracy, including greater responsiveness to citizen needs, increased cooperation across party and ethnic lines, and a more sustainable future. She also spoke about the increase in politically motivated attacks and harassment against women physically as well as virtually through social media.

The United States is actively involved in tackling these issues. In Georgia, which has a long history of women taking on leadership roles in government, we have funded programs to further advance their participation in politics and stand ready to continue these programs to ensure all women feel comfortable and prepared running for office.