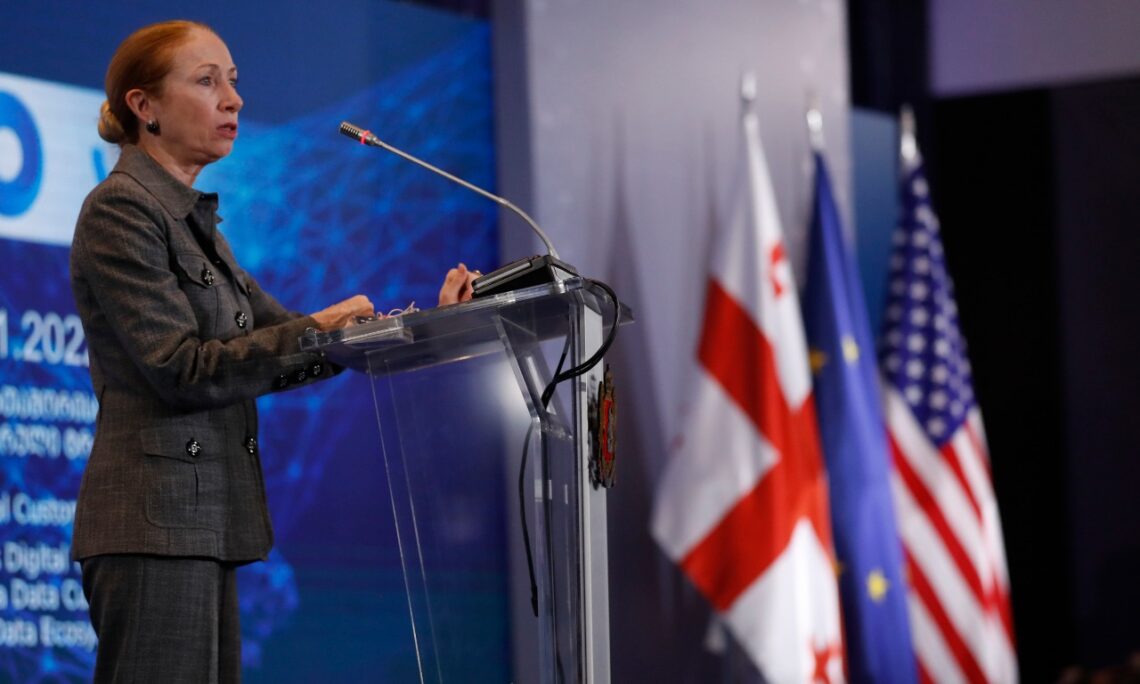 Ambassador Degnan:  It’s a great privilege to be here today to celebrate International Customs Day and the United States’ long partnership with Georgia’s Customs Administration. This is a day when we can recognize the very important work that customs officers do every single day. You see what they do in terms of making it easy for legal goods to come in and out of Georgia, but what you might not see is how hard they work to protect Georgia against illicit contraband that is trying to come in or go out of this country.   They are really heroes of Georgia and today is the day to recognize all they do to keep Georgia safe, and from there, the rest of the world.

Ambassador Degnan:  Of course, the United States has been encouraging all of the parties, especially UNM, to enter parliament since the parliamentary elections, because we are convinced that the place to advocate for your interests and your beliefs is inside of parliament.  Use the democratic institutions that Georgia is trying to build, and create a representative parliament that reflects the diversity and the views of all of Georgia’s citizens. So, we would sincerely hope that UNM will come into parliament. And once in parliament, we would be thrilled to see the ruling party and opposition work together on initiatives that are in the best interests of this country. This will take negotiation. This will take time. This will take back and forth, but that’s how parliaments function. And I think it will be in Georgia’s best interests if the ruling party and the opposition in good faith can work together to adopt initiatives and then implement initiatives that are in this country’s best interests.

Ambassador Degnan:  As I said, it’s in part because of the deep polarization in this country that has existed for quite some time, but it also more fundamentally goes to the fact that Georgia has been working on building its democratic institutions for a very short period of time, really 20 or so years. So, of course, there’s more to do. Everyone understands that the progress that has been made is really impressive, but there is so much more to do. We have been working on our democracy for 245 years, and we see there’s still a lot more that we can do. A really healthy democracy never stops reforming and improving and looking for ways to strengthen its democratic institutions because there’s always more to do. And I would hope that that would be true here in Georgia as well. Again, there’s been really significant progress in the last 20 years. It shouldn’t stop: the country needs to keep building its democratic institutions. That is the best way to protect Georgia’s liberty, to protect Georgia’s independence, to protect Georgia’s freedom. In our view, strong democratic institutions are the best security and stability for this country and for ours too.

Question on the CEC selection process

Ambassador Degnan:  What’s more important than what I think is what the Georgian public thinks. The process needs to be transparent so that the Georgian public has confidence that it is a fair process and that the people who are being put into these very important positions are people who are going to be impartial and professional and administer your elections. Obviously, the last few elections have been controversial, and the public needs to see now that they have a CEC administration that they can trust to be impartial and professional in administering your elections.

So I hope that will be the outcome of this process: something transparent that puts into place qualified, leaders that the core people can have confidence in. If I can just add one thing to the first question, I neglected to mention that we signed a very important memorandum today with the Customs Administration Revenue Service that will modernize the information systems here. This is very important because the modernization and improvement of the system will help the way goods are processed and the information about what is coming in and out of Georgia will be shared. So, this was a very important memorandum and a sign of our continued partnership with the Georgian Customs Administration.