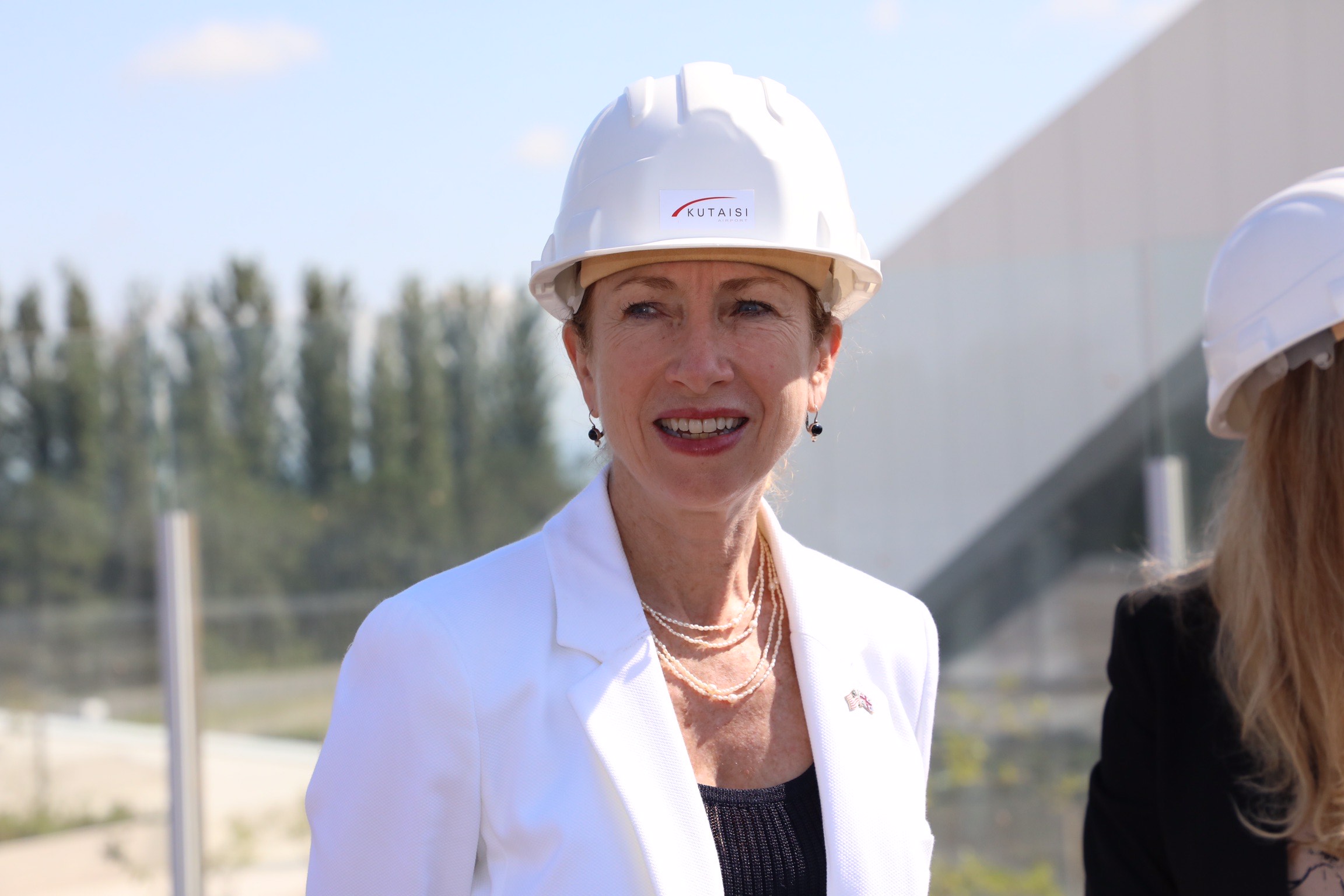 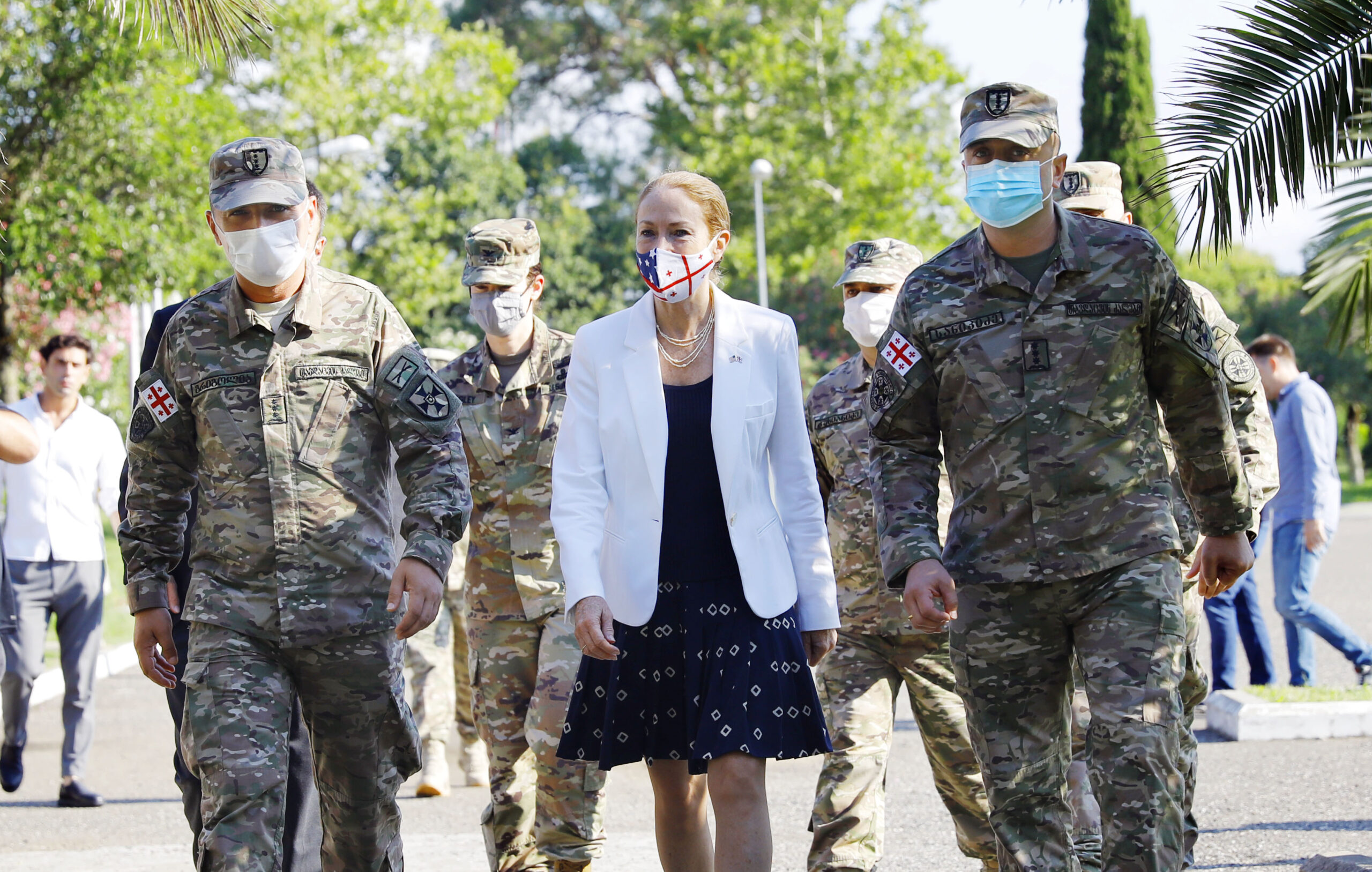 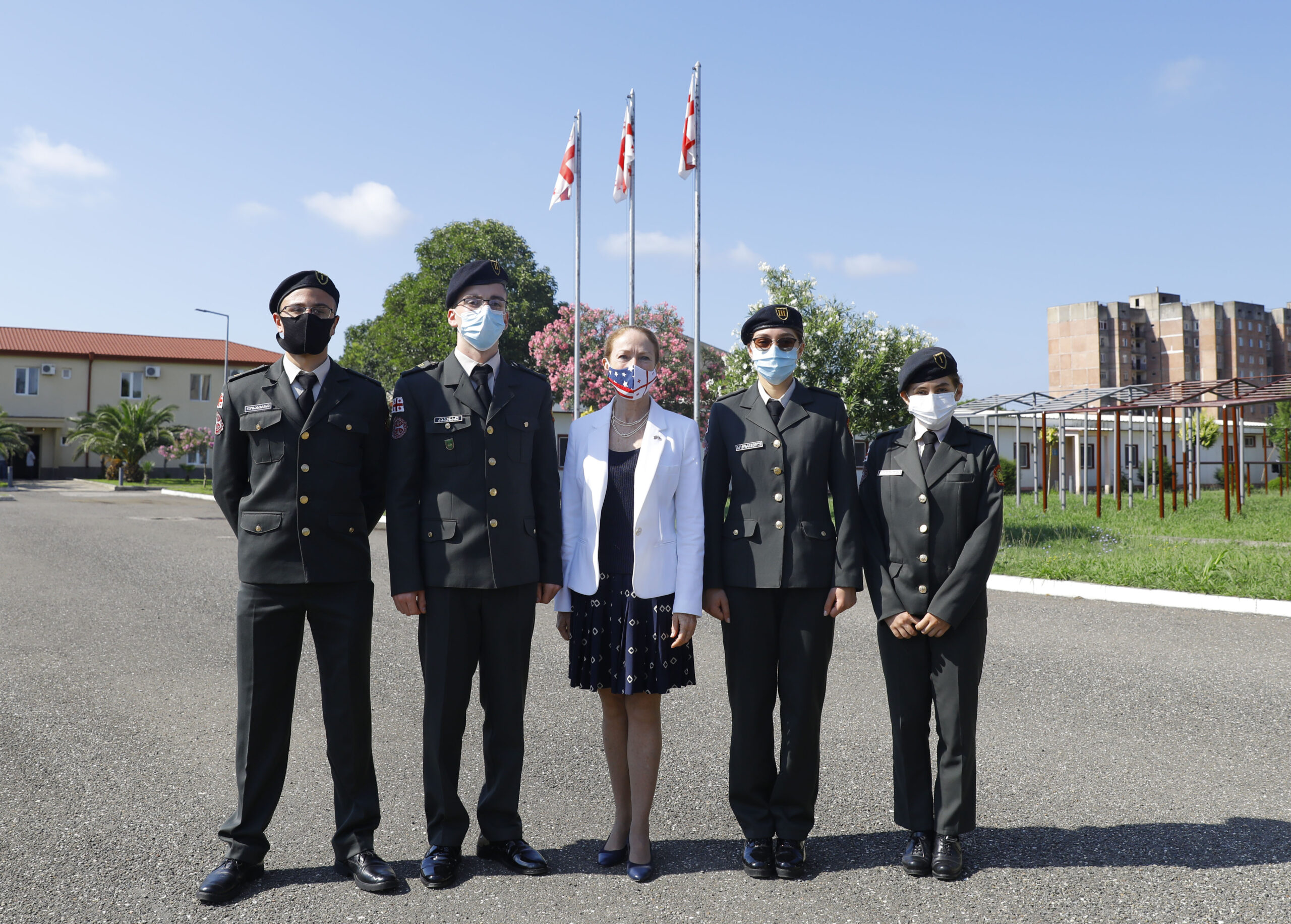 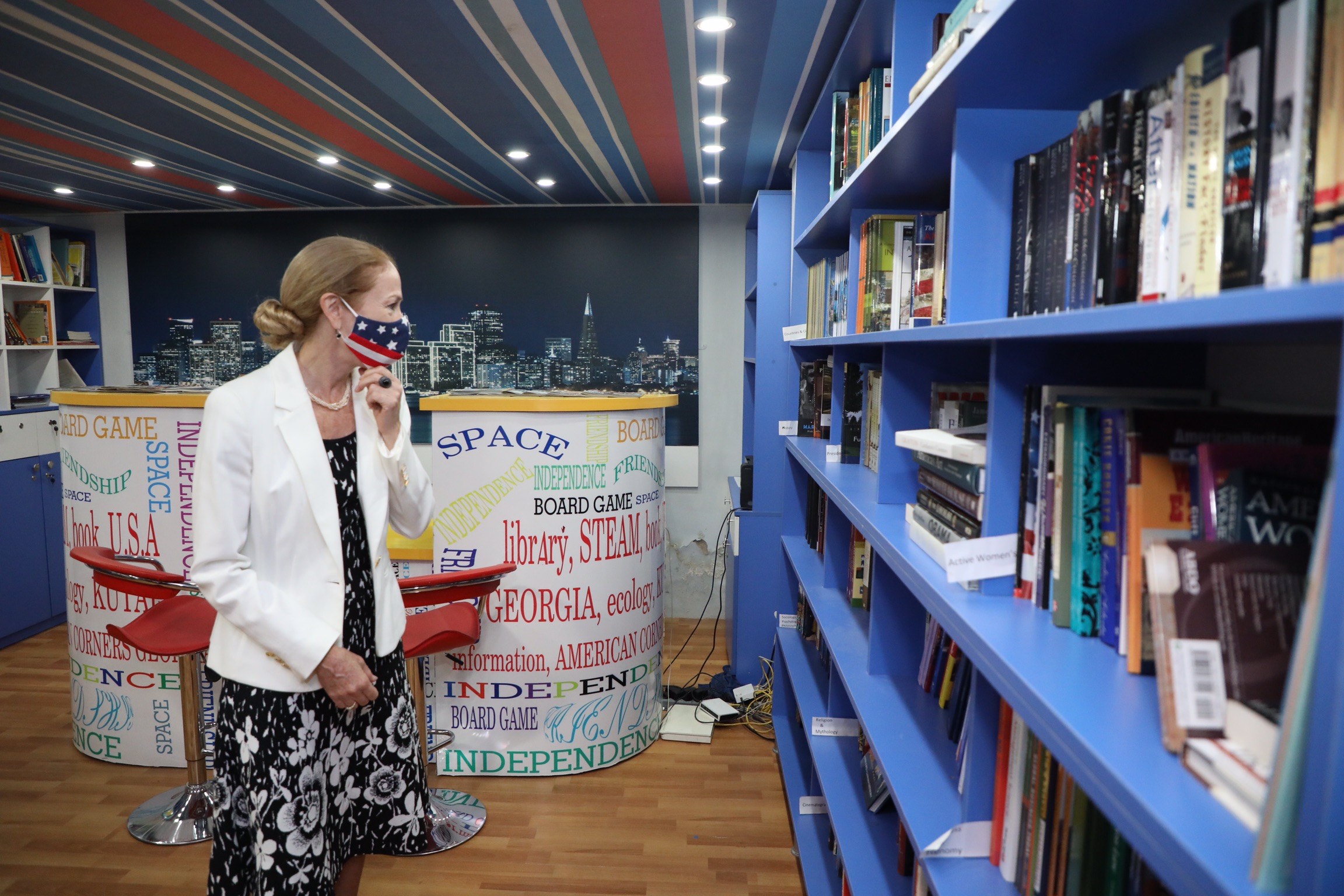 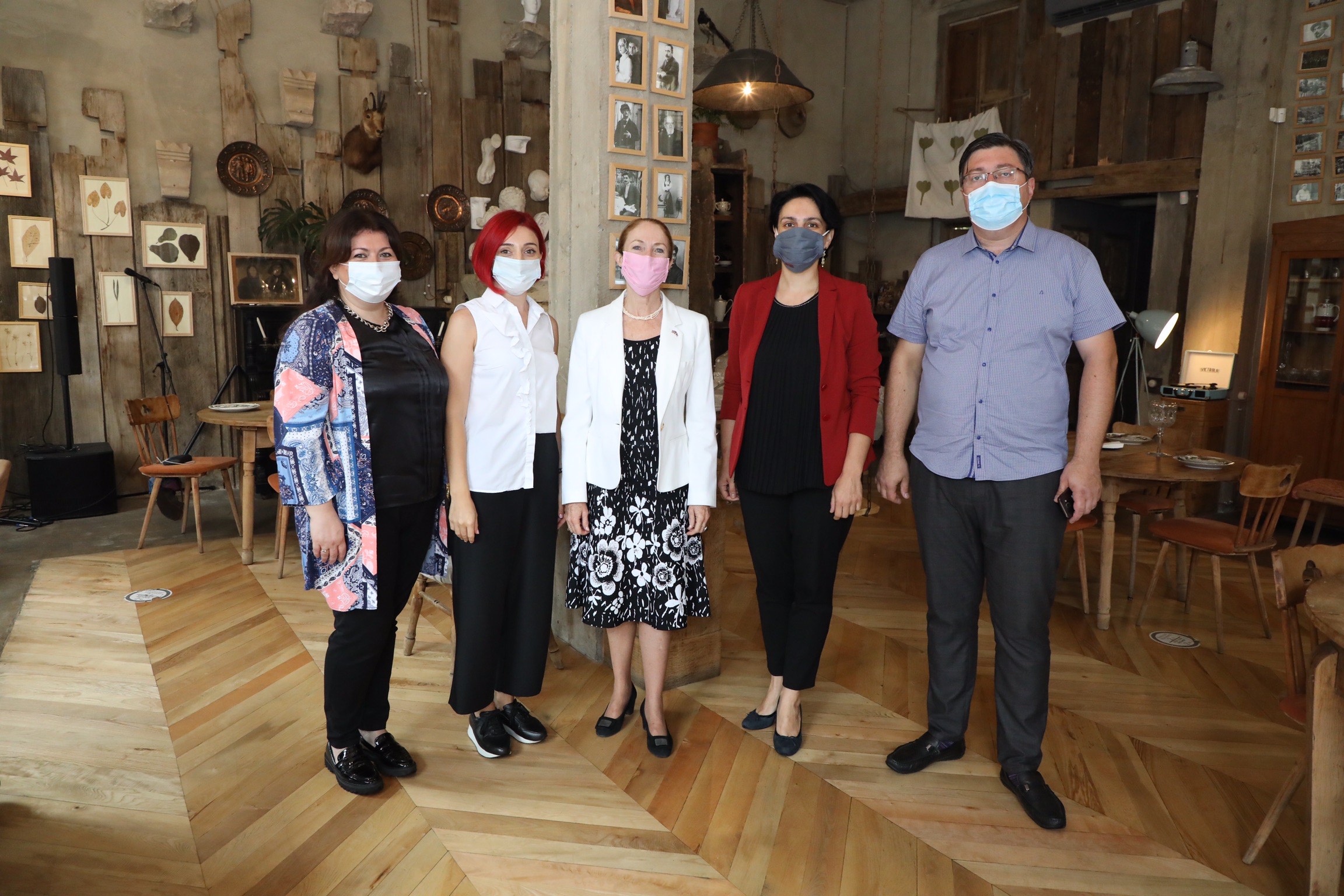 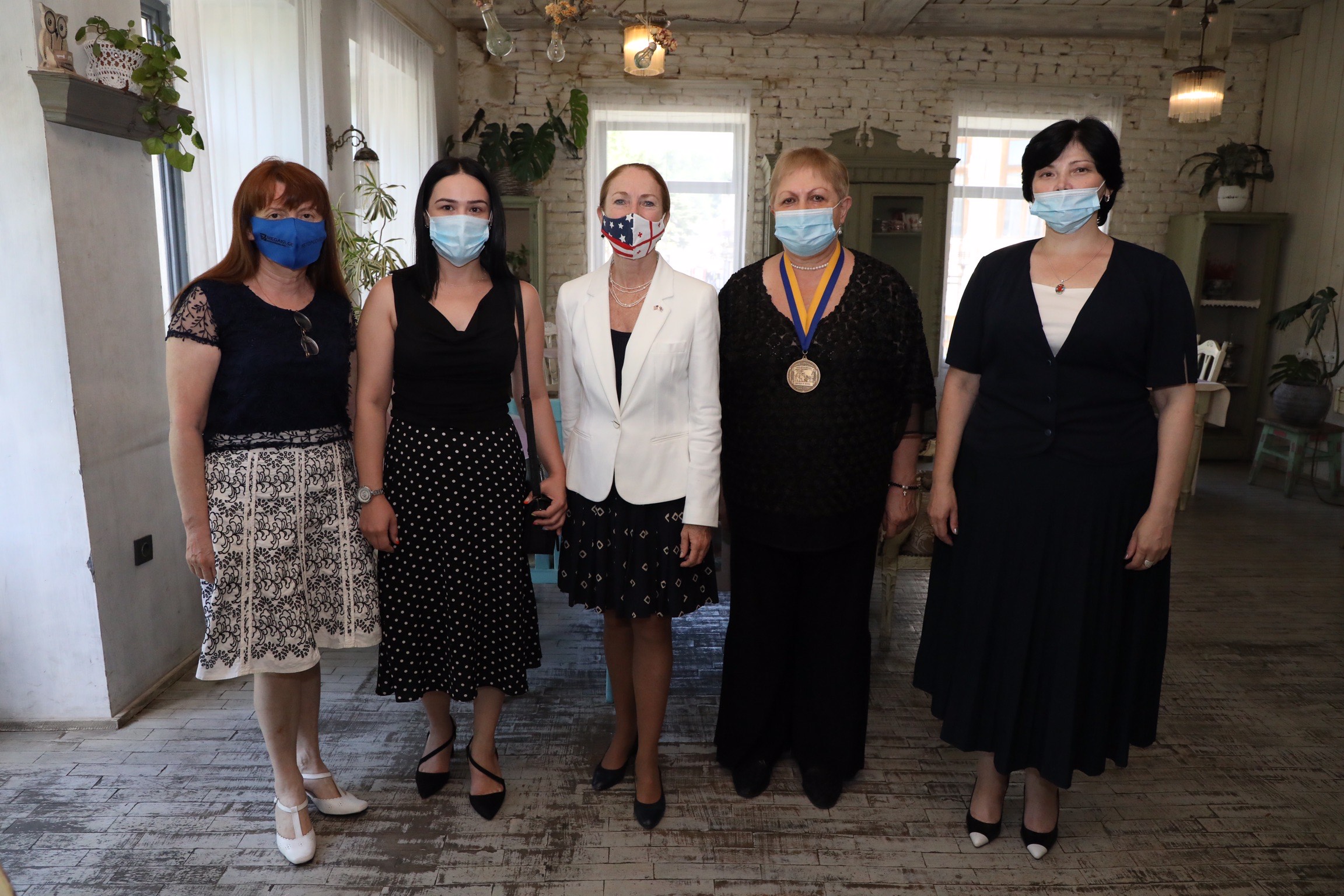 Ambassador Degnan with cadets of General Kvinitadze Military Lyceum. Photo by Ministry of Defense of Georgia

Ambassador Degnan on a meeting with representatives of Imereti regional media. Photo by State Department

This week Ambassador Degnan visited the beautiful region of Imereti. On the first day of her trip, the Ambassador toured the charming city of Kutaisi and the historic Okros Chardakhi Palace, where she heard the magnificent sounds of Georgian polyphonic singers performing traditional folk music.

The Ambassador met with Governor Zviad Shalamberidze and Acting Mayor Davit Eremeishvili to learn about the region’s response to COVID-19 pandemic, and local authorities’ plans and preparations for the upcoming parliamentary elections. Separately, the Ambassador met with representatives of civil society organizations, where she discussed the pre-election environment and the work of these organizations in the region.

At the Kutaisi American Corner, the Ambassador spoke with young people, viewed some of their projects, and learned about issues of concern to local youth, as well as how the Corner’s activities support initiatives to overcome these challenges. On the second day, the Ambassador visited Kutaisi International Airport and toured the site of a construction project which is expanding the airport significantly and increasing the capacity of passengers it can support. The Ambassador was pleased to see how the U.S. government’s support for the expansion of the airport will contribute to the local community, and to Georgia’s economic development.

The Ambassador also visited Georgia’s Western Operations Command (WOC) to enhance her understanding of the organizational structure of the Georgian Defense Forces and the role of the WOC in Georgia’s territorial defense.

She also toured General Kvinitadze’s Cadets Military Lyceum and learned how this school combines traditional curriculum with introductory military education for Georgian students in the last three years of their secondary school.

The Ambassador concluded her trip by meeting with local media representatives to discuss the media environment in Imereti and learn from journalists about local issues of concern to the community.