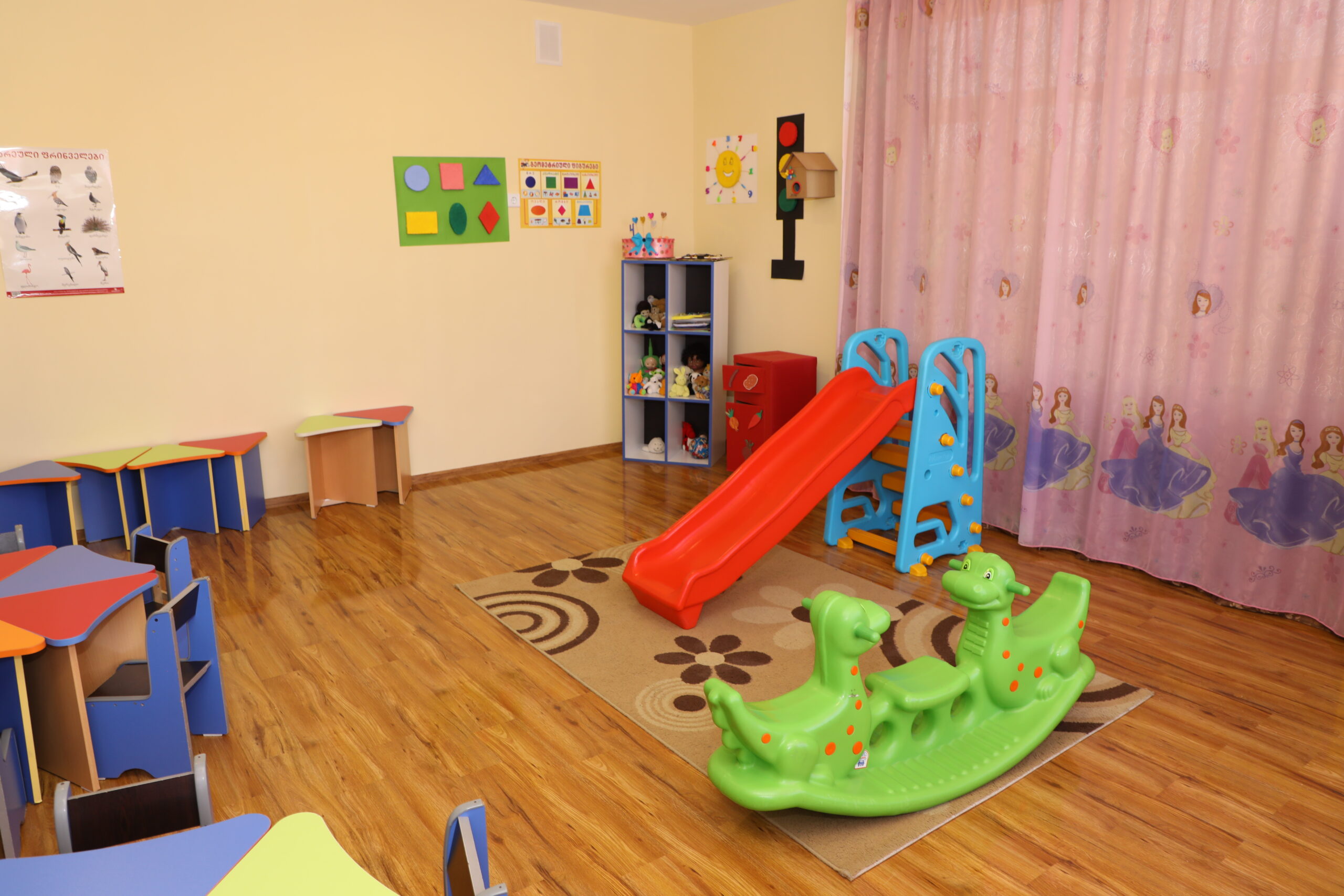 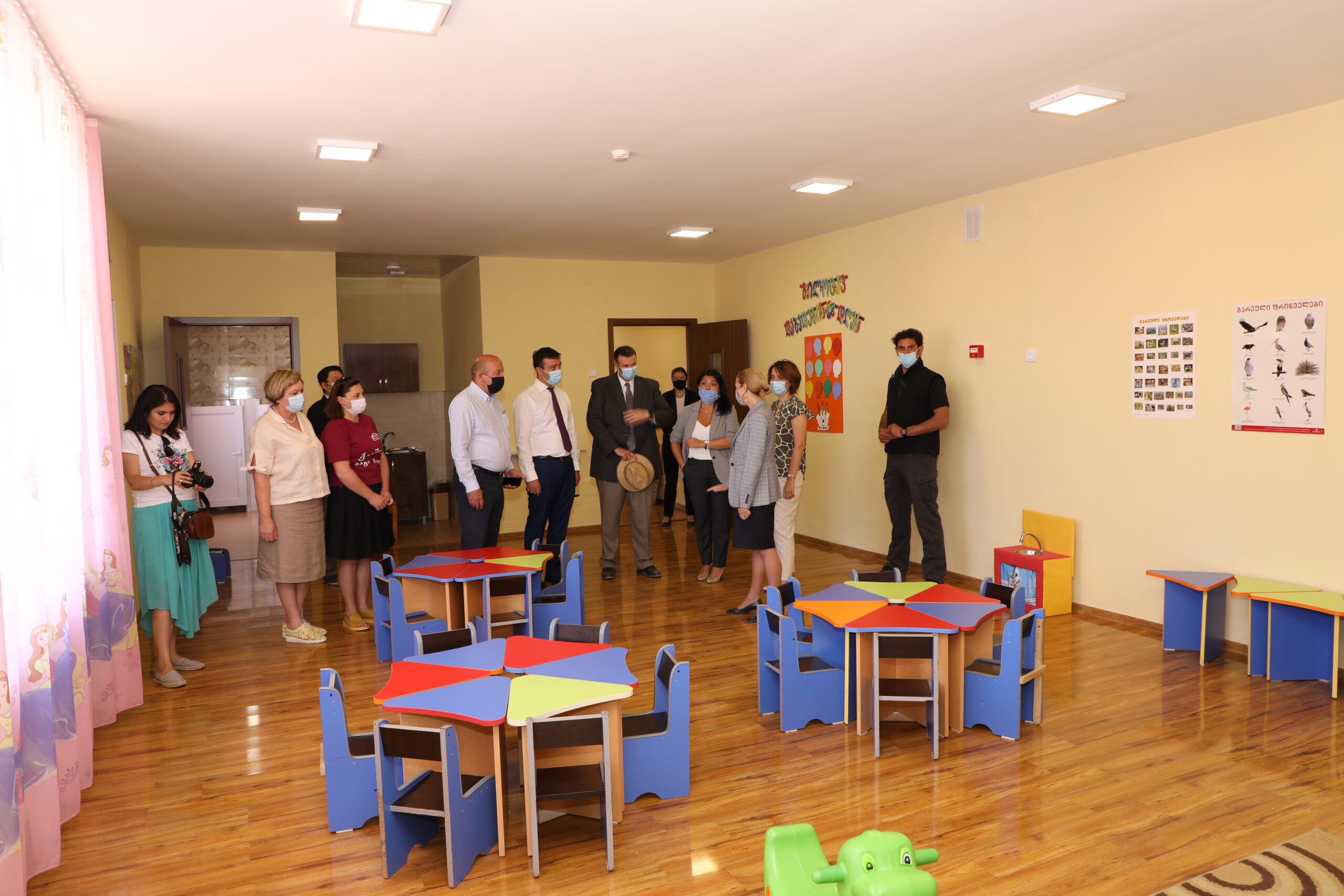 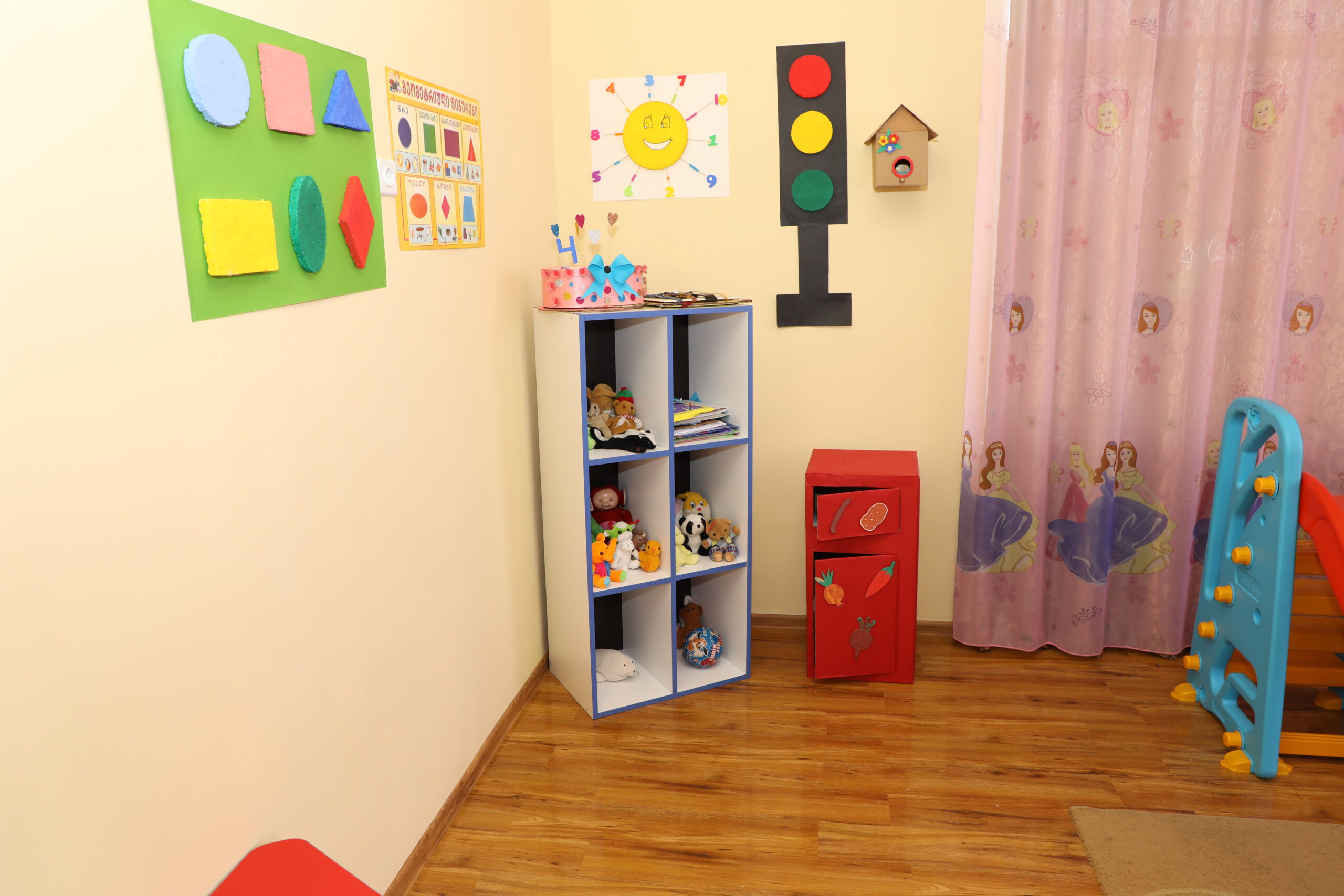 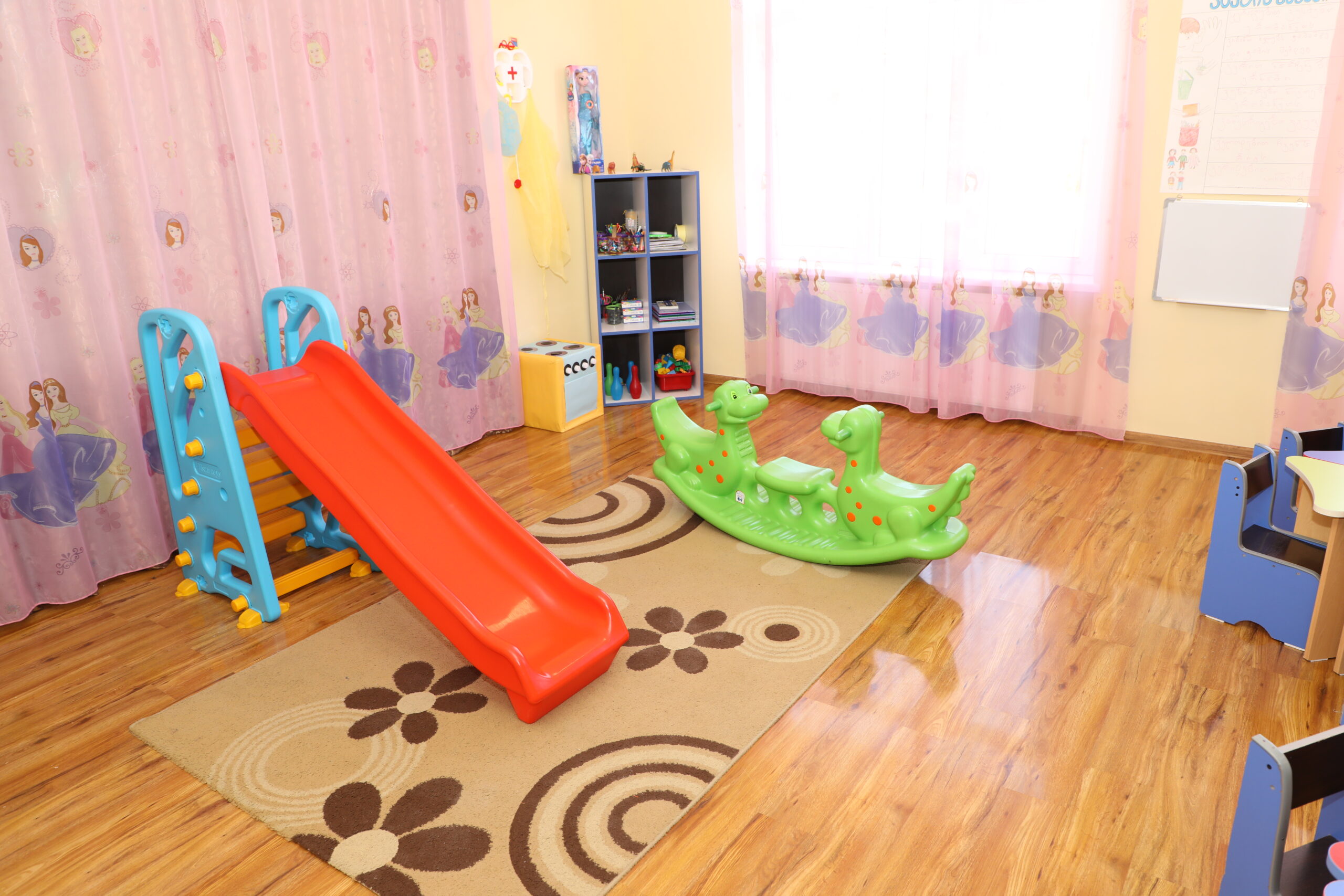 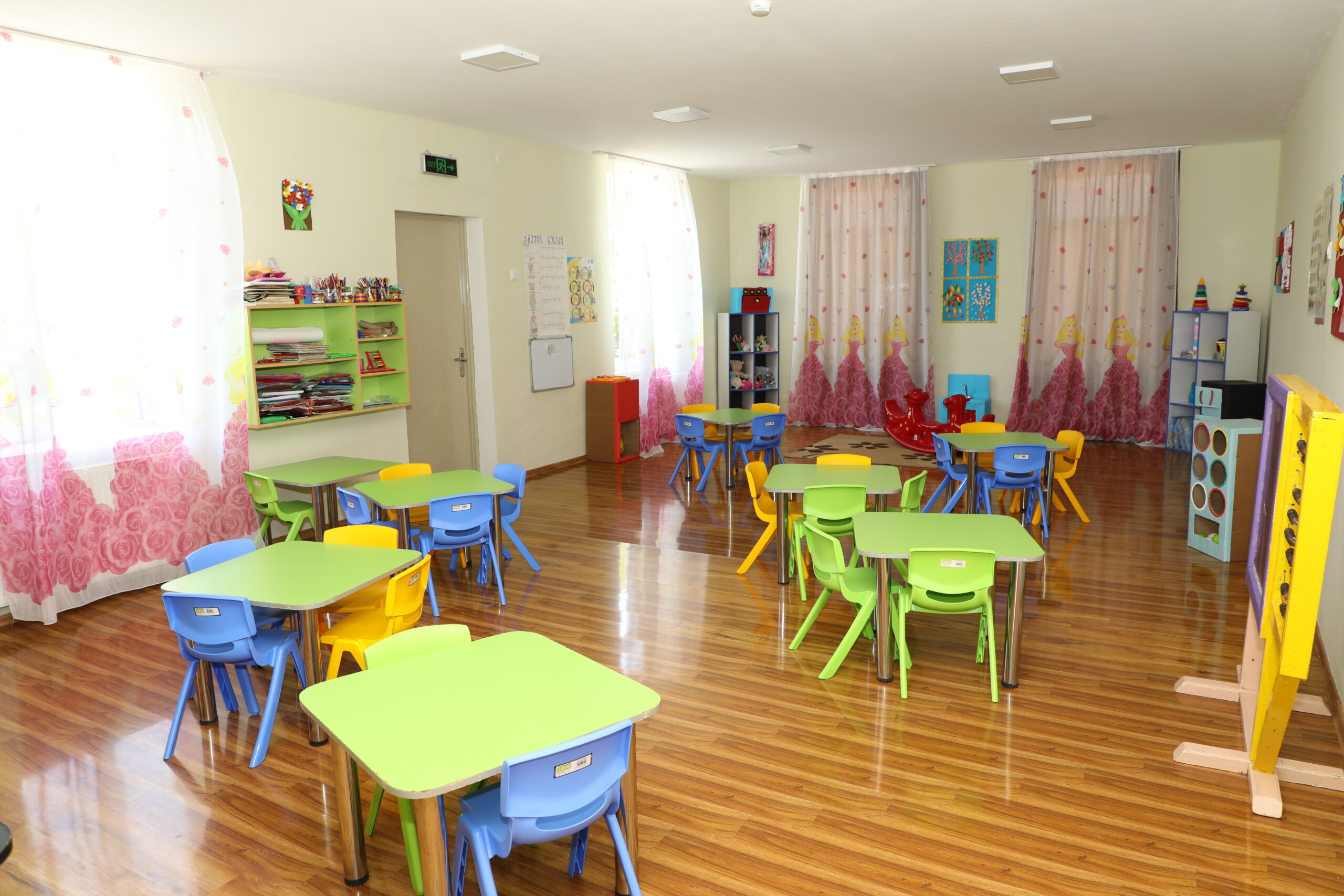 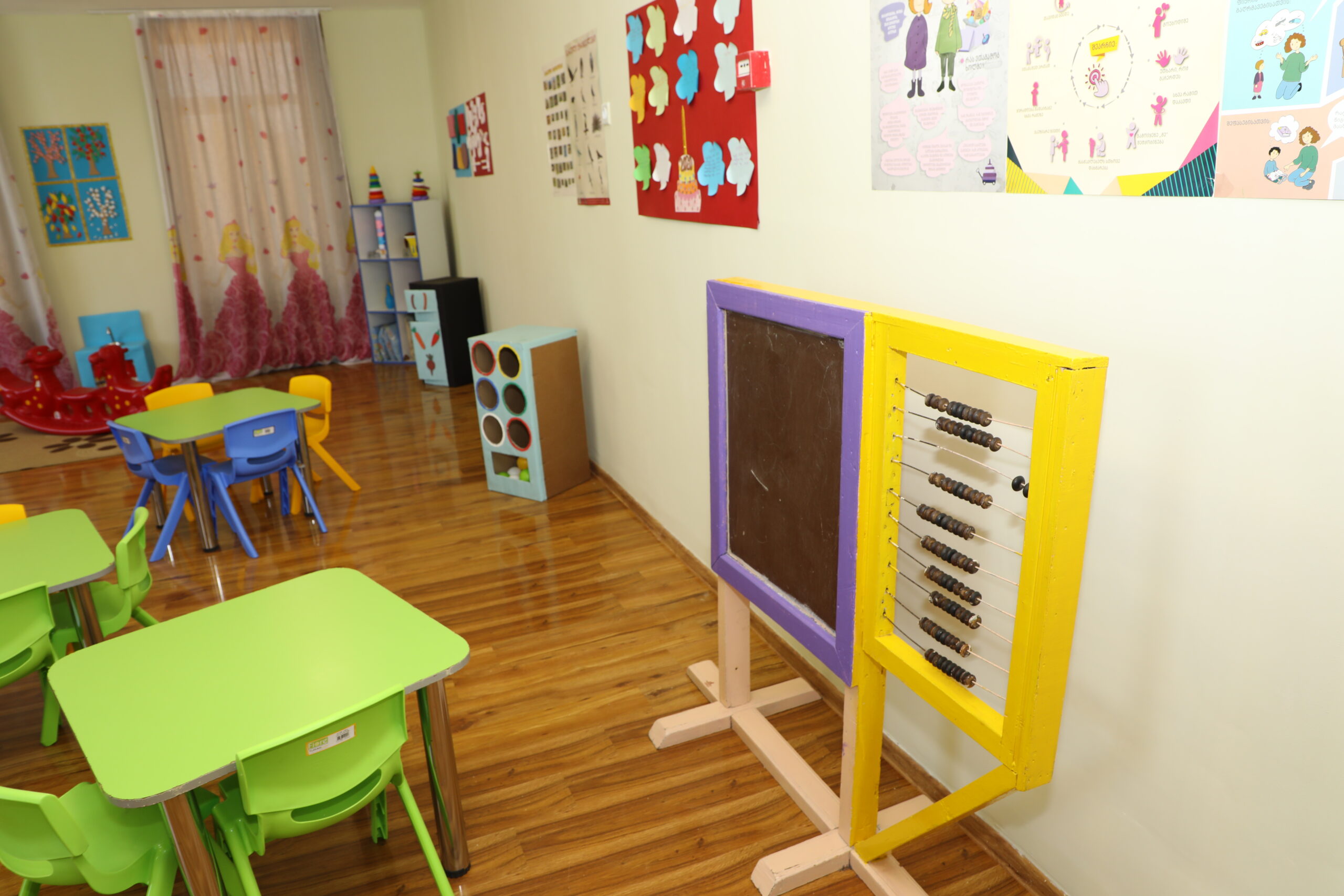 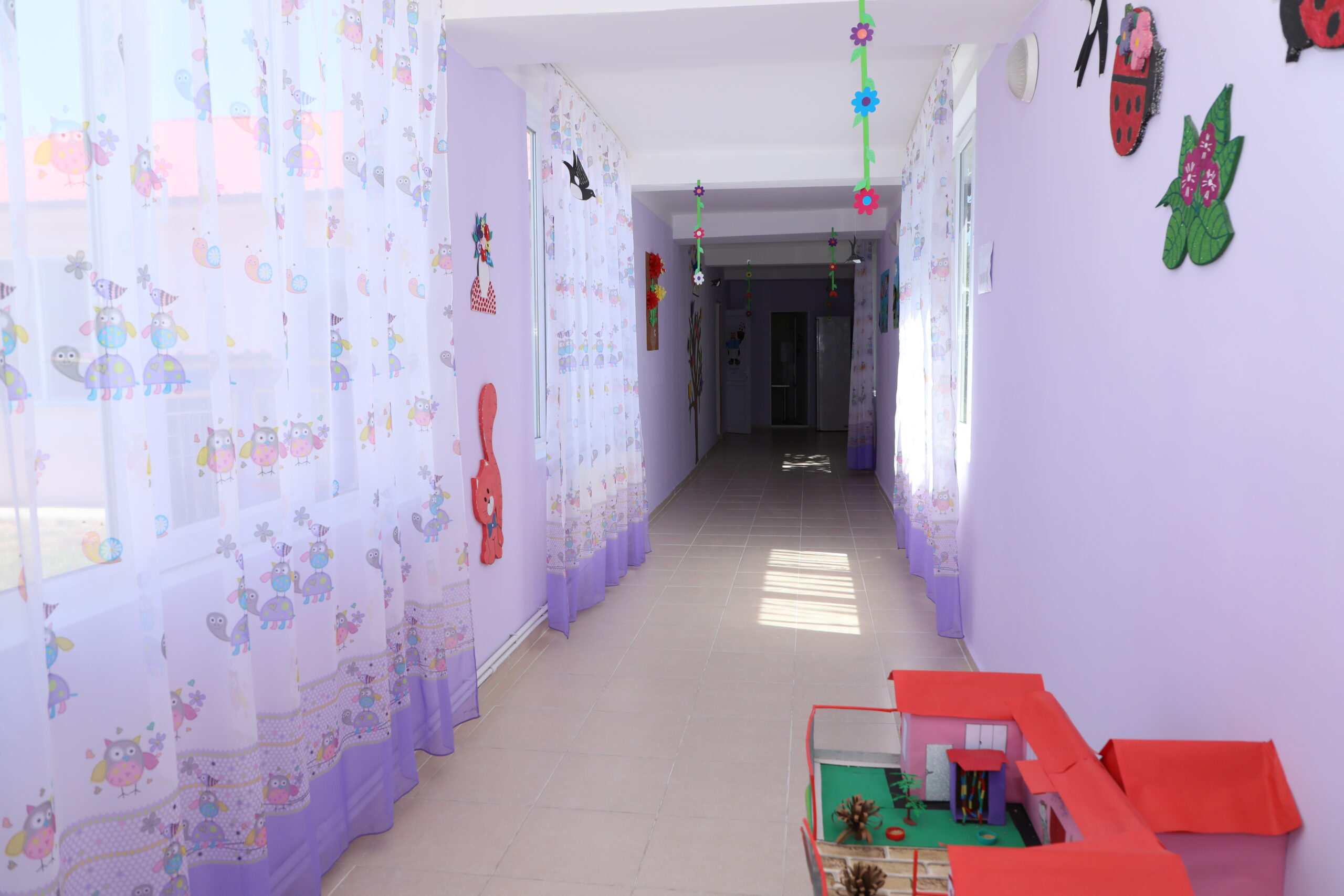 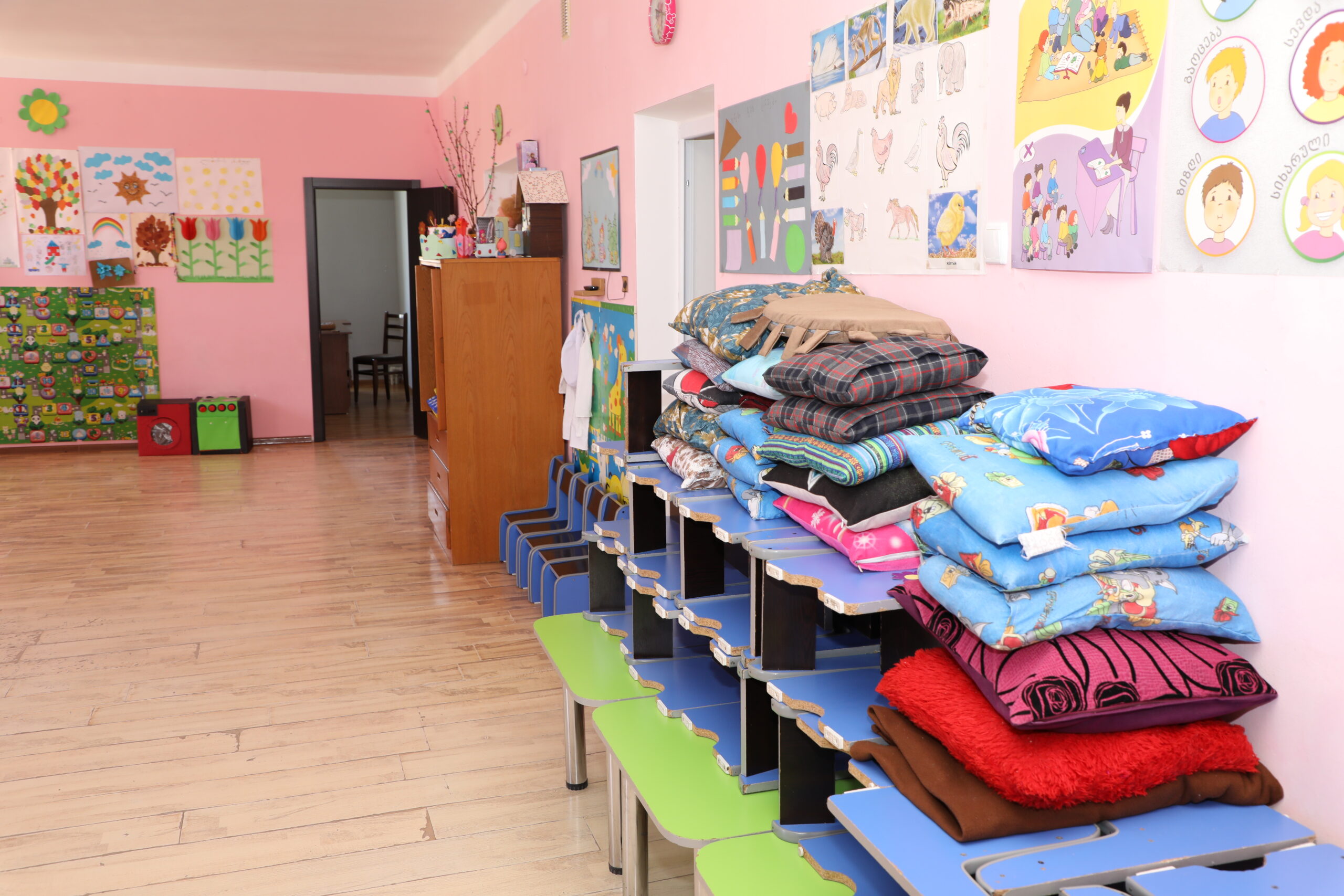 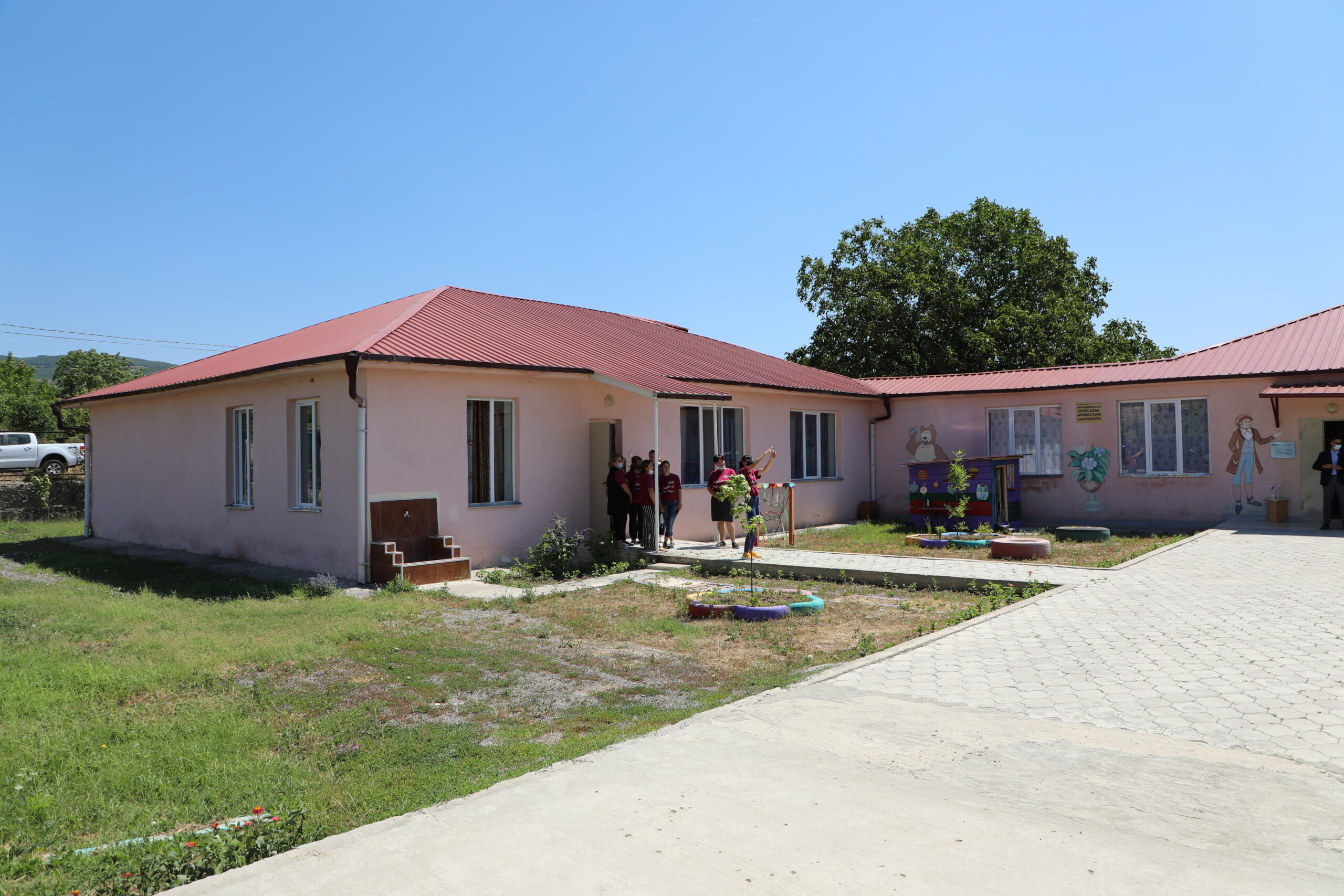 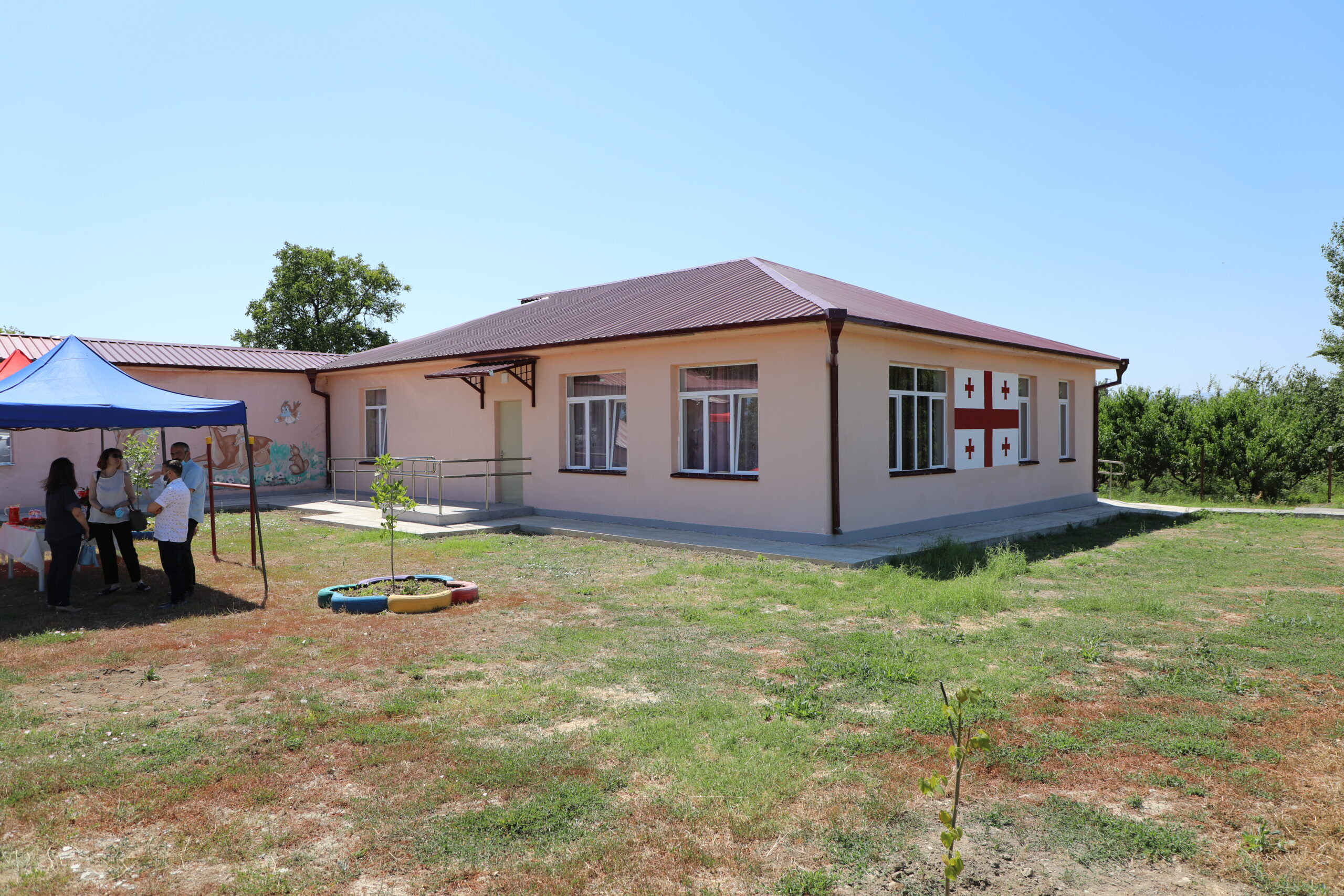 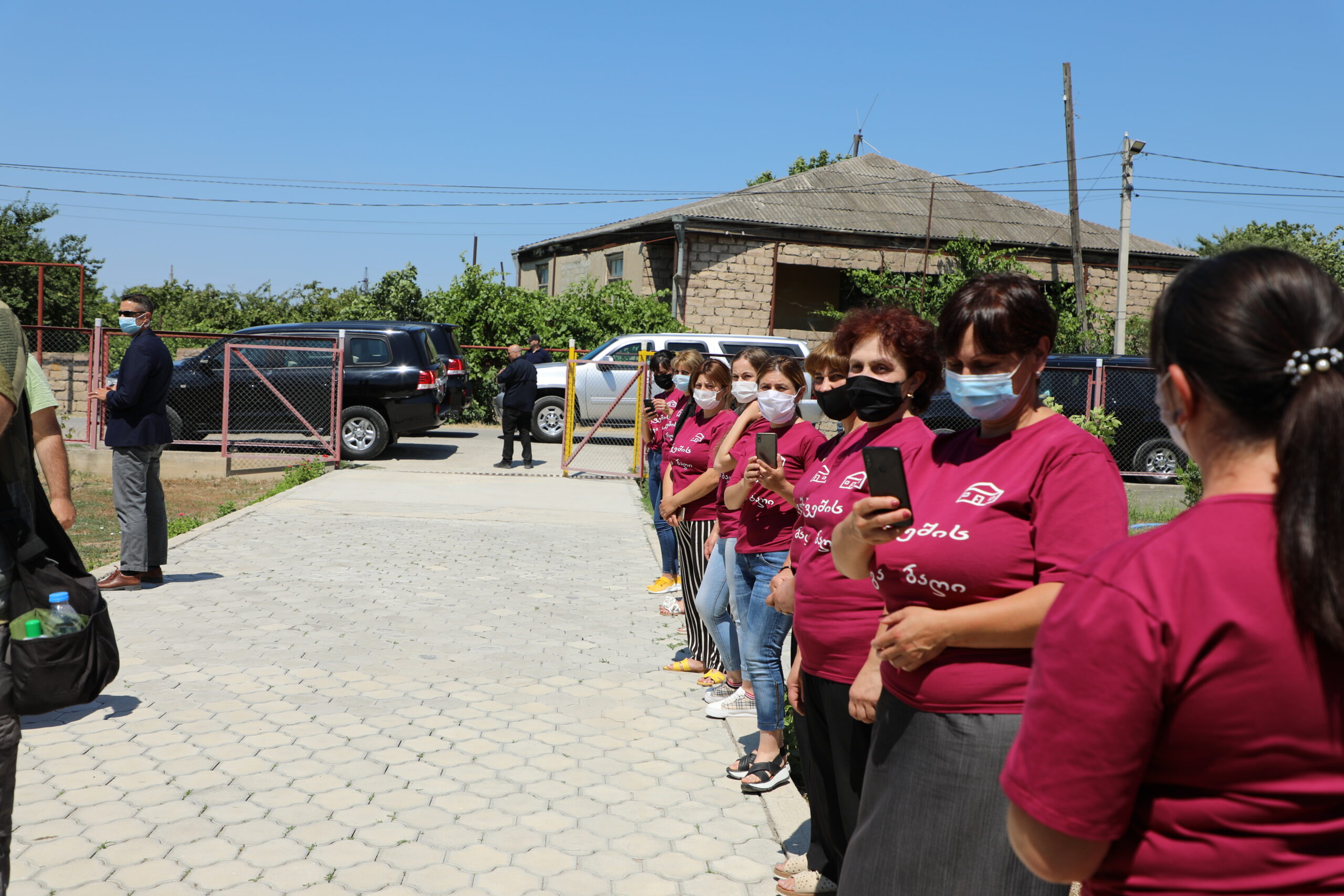 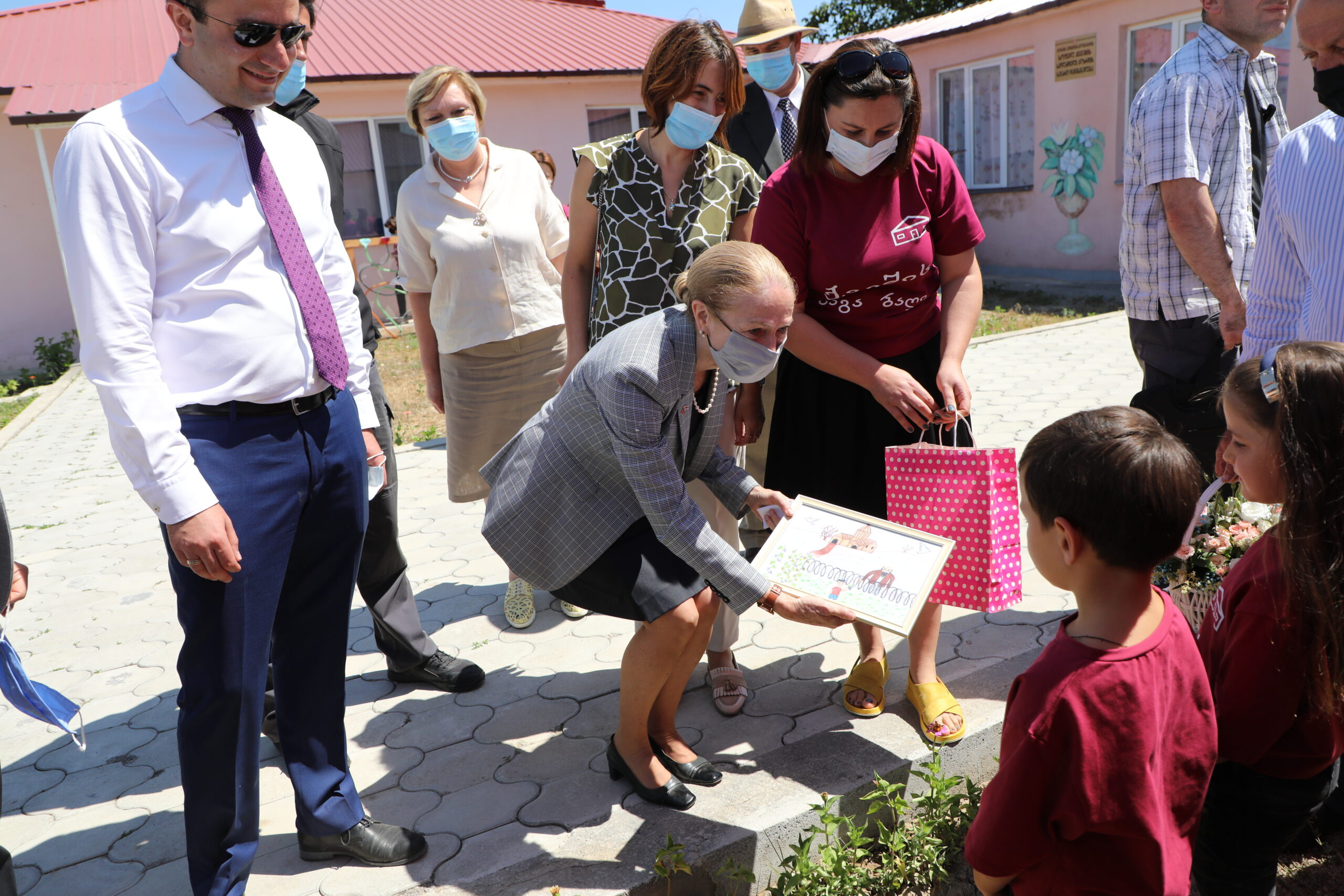 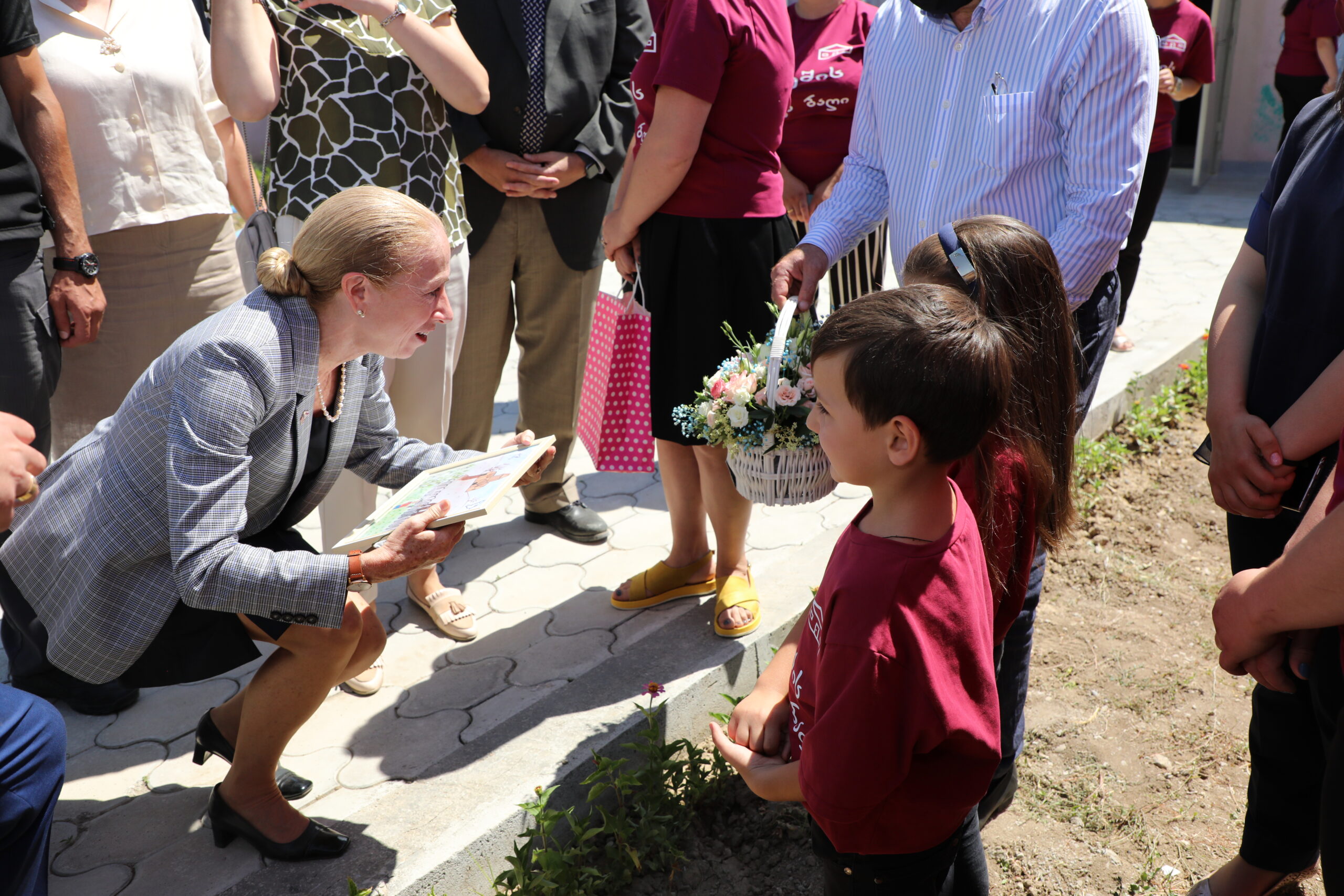 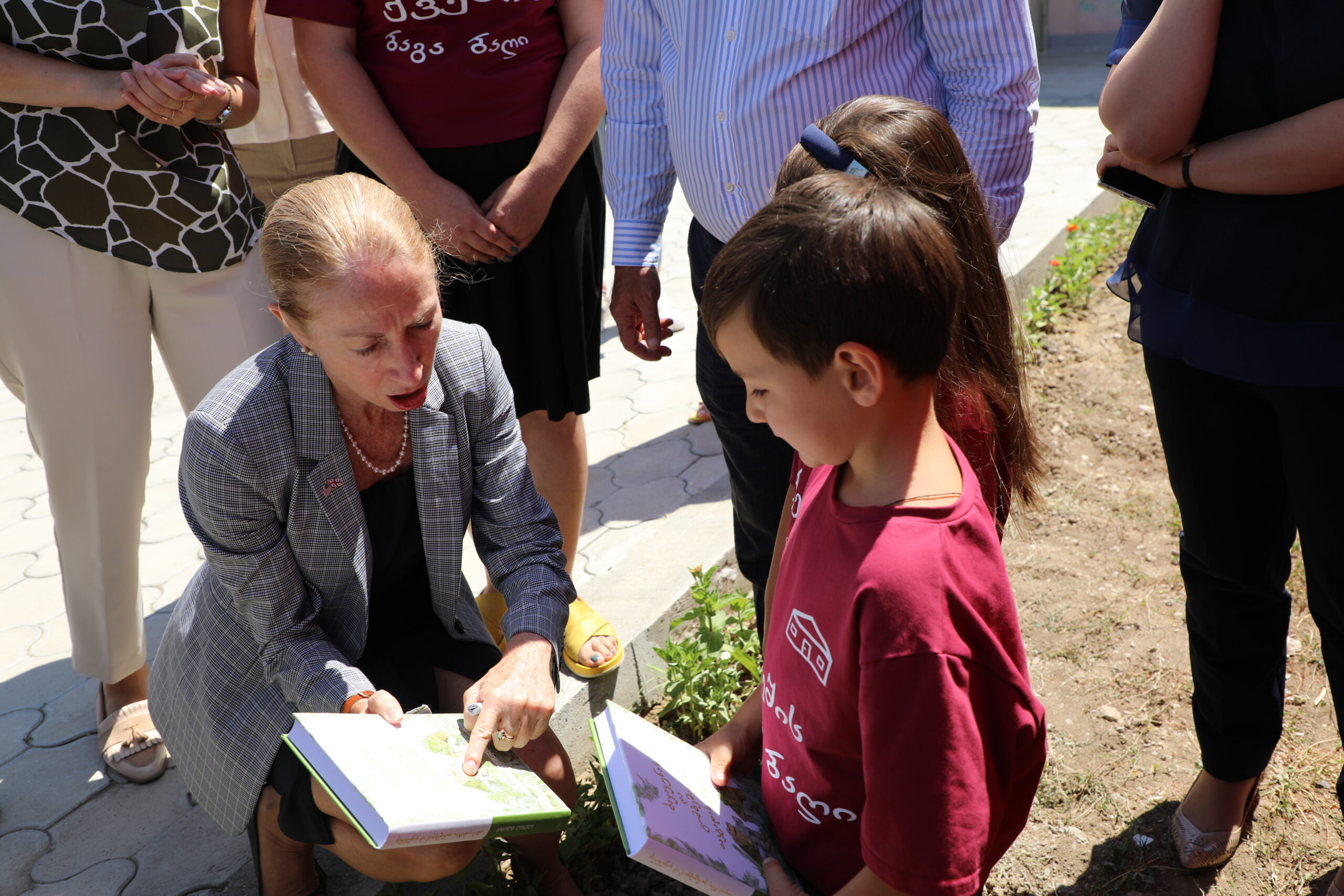 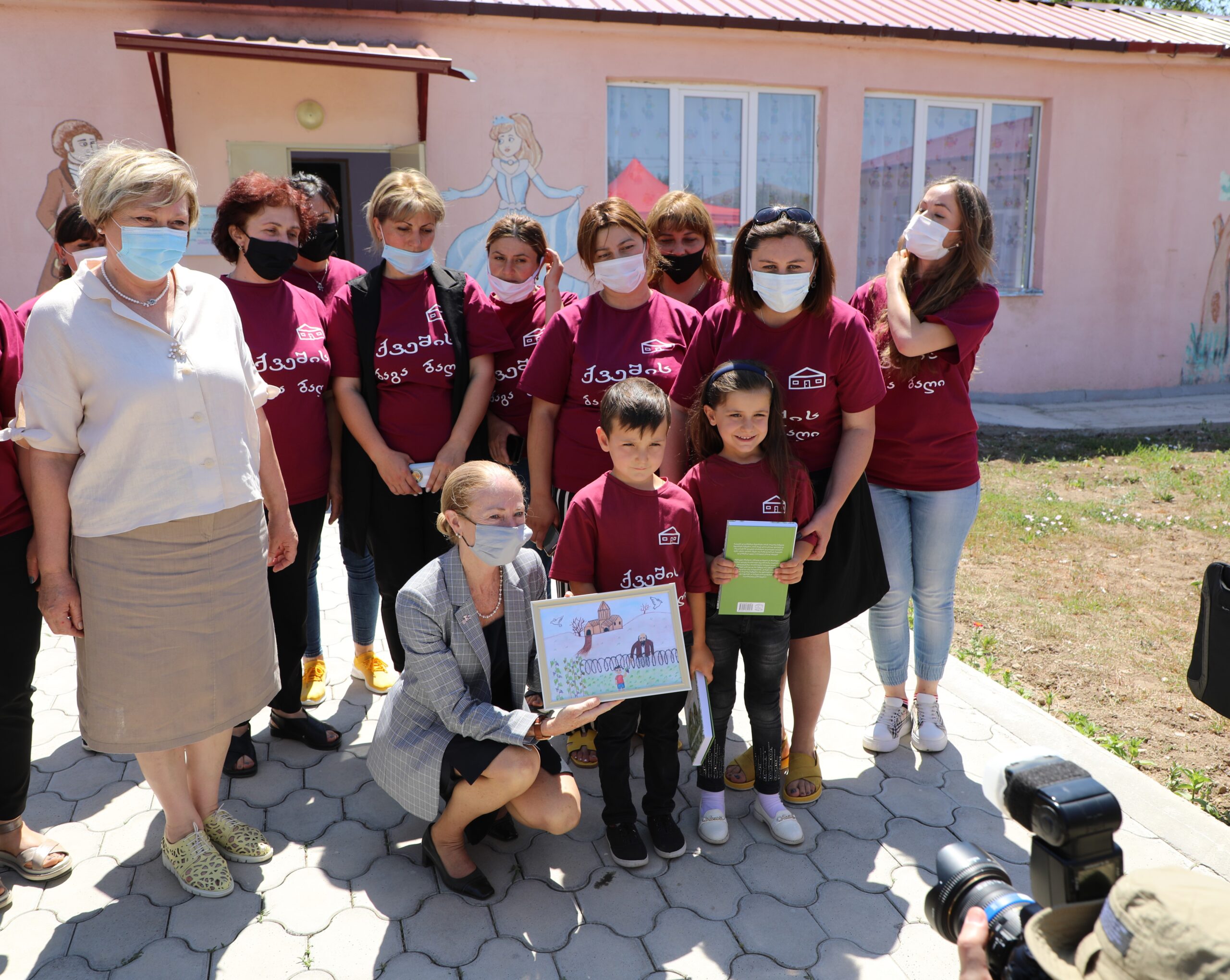 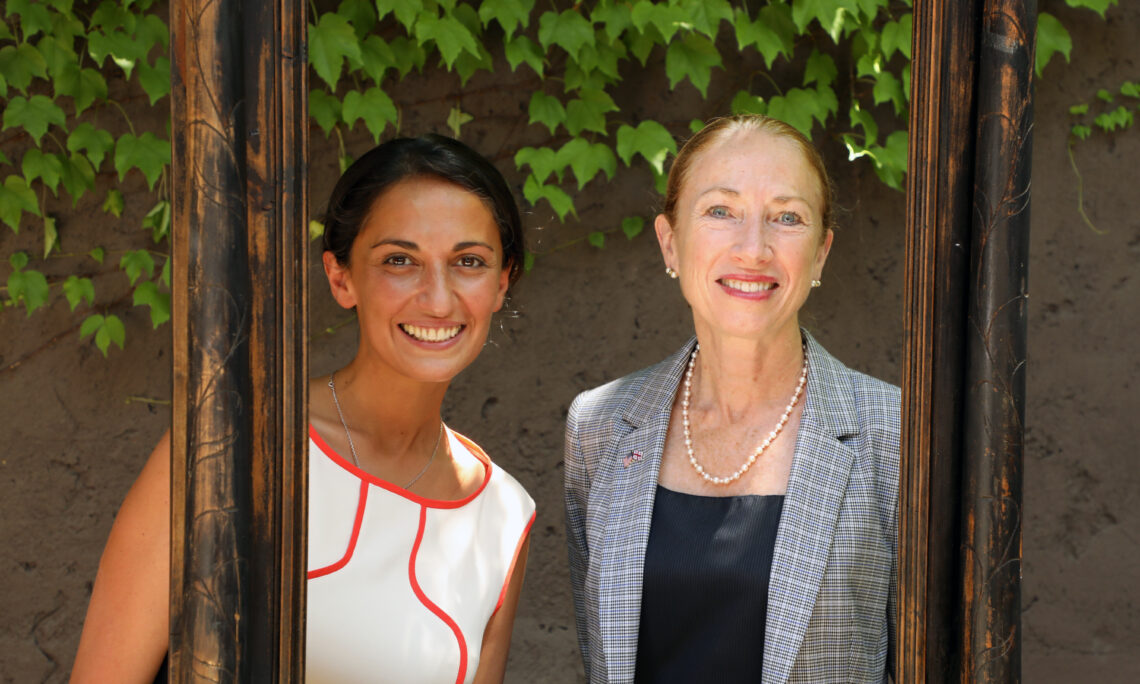 The Ambassador’s first stop was the village Karapila, located along the ABL near Georgia’s South Ossetia region, where a groundbreaking ceremony was held for a new Kombucha production facility. This facility is funded by USAID and the Georgian Government as part of the U.S. Government’s wider effort to support and invest in the communities located along the ABL.

Later, the Ambassador toured a kindergarten in Kveshi, which was recently rehabilitated through USAID, local government, and OSCE funding, another example of this wider support. Thanks to this mutual effort, 75 local children now attend a well-equipped, safe, and comfortable facility to begin learning. This is the U.S. Embassy’s second major project of 2020 to improve the lives of children in Kveshi. In January, the Embassy helped open the newly renovated public school, which was funded by the U.S. military’s humanitarian assistance program.

At the Shin da Gori Restaurant, Ambassador Degnan met a beneficiary of USAID’s Zrda Activity who participated in the digital marketing and restaurant management program. Restaurant owner Keta Lortkipanidze is the proud winner of the first Georgian Khachapuri Festival in 2019, and her business is one of almost 500 that have benefited from USAID trainings on business planning, menu design, food and wine pairing, and customer service.

During her last visit for the day, Ambassador Degnan had a moving meeting at the Occupation Museum in Ergneti with conflict-affected women activists to discuss the security and humanitarian concerns in villages near the ABL. Ambassador thanked the participants for their continuous efforts to promote peace and strengthen their communities.