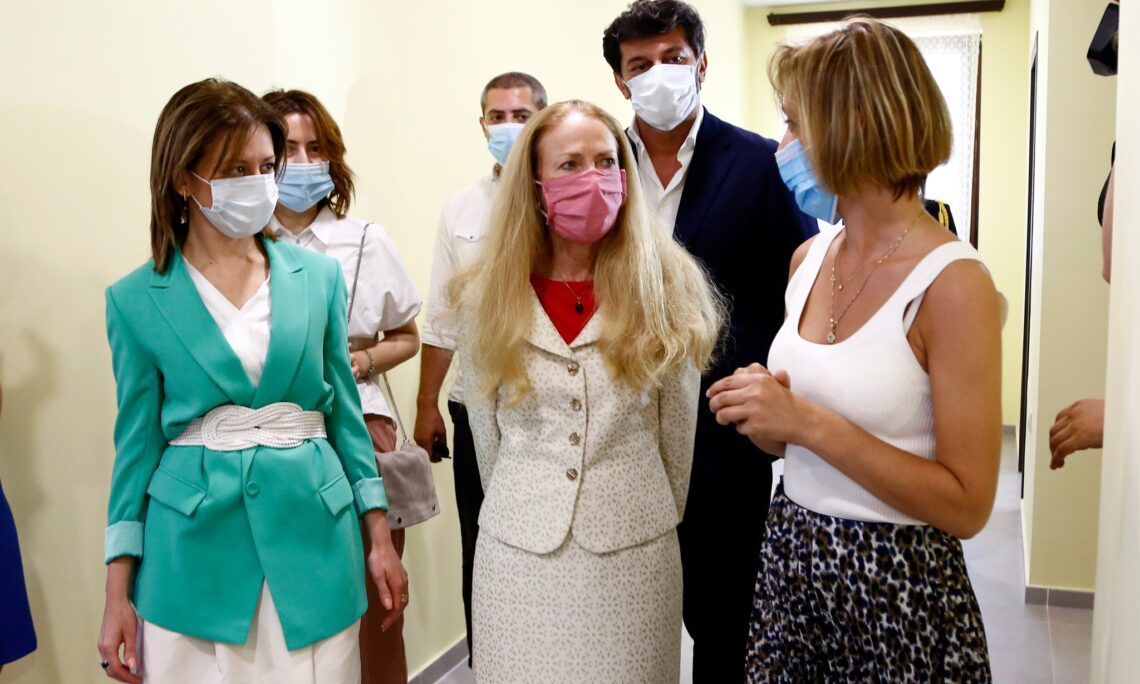 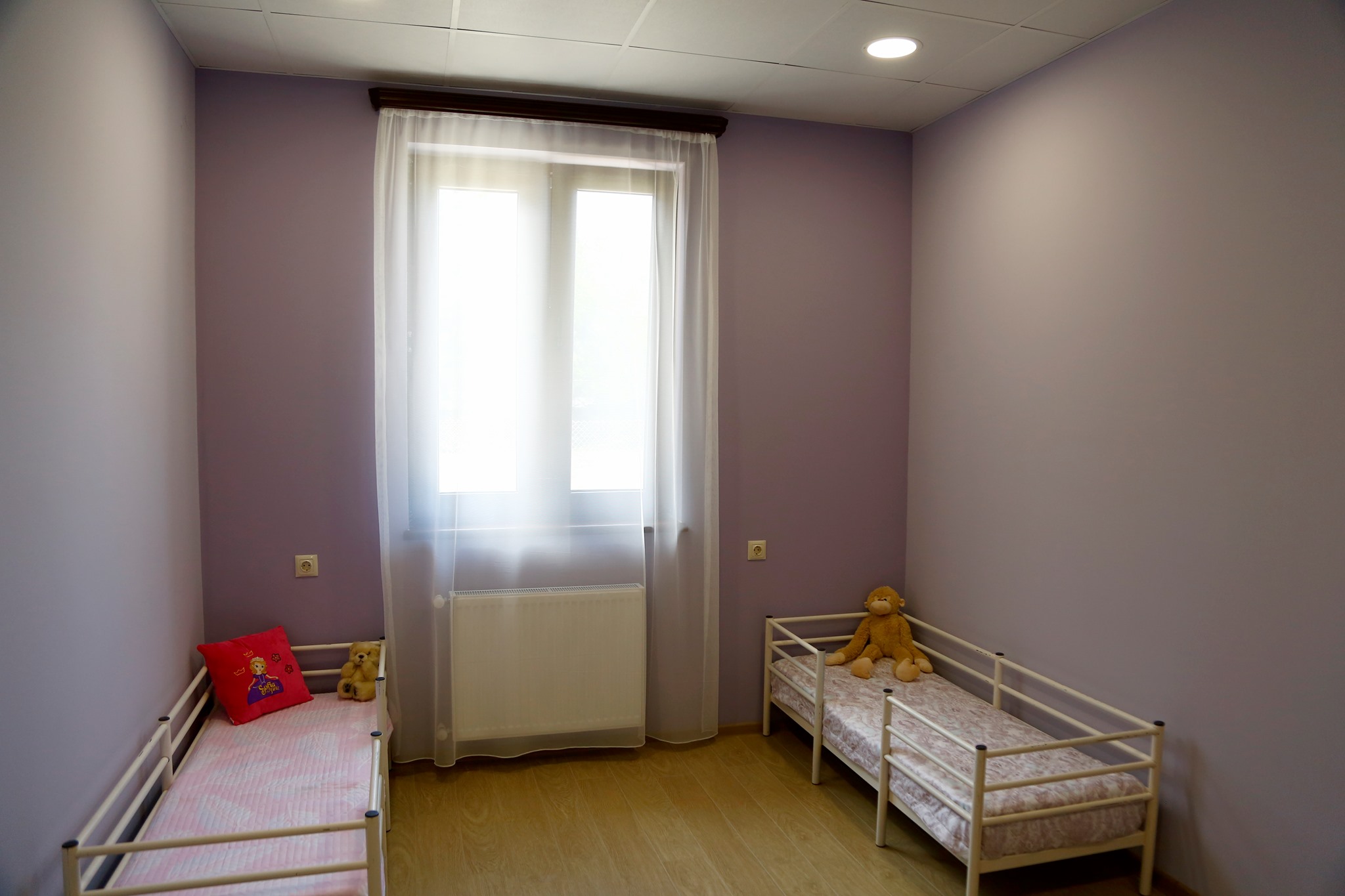 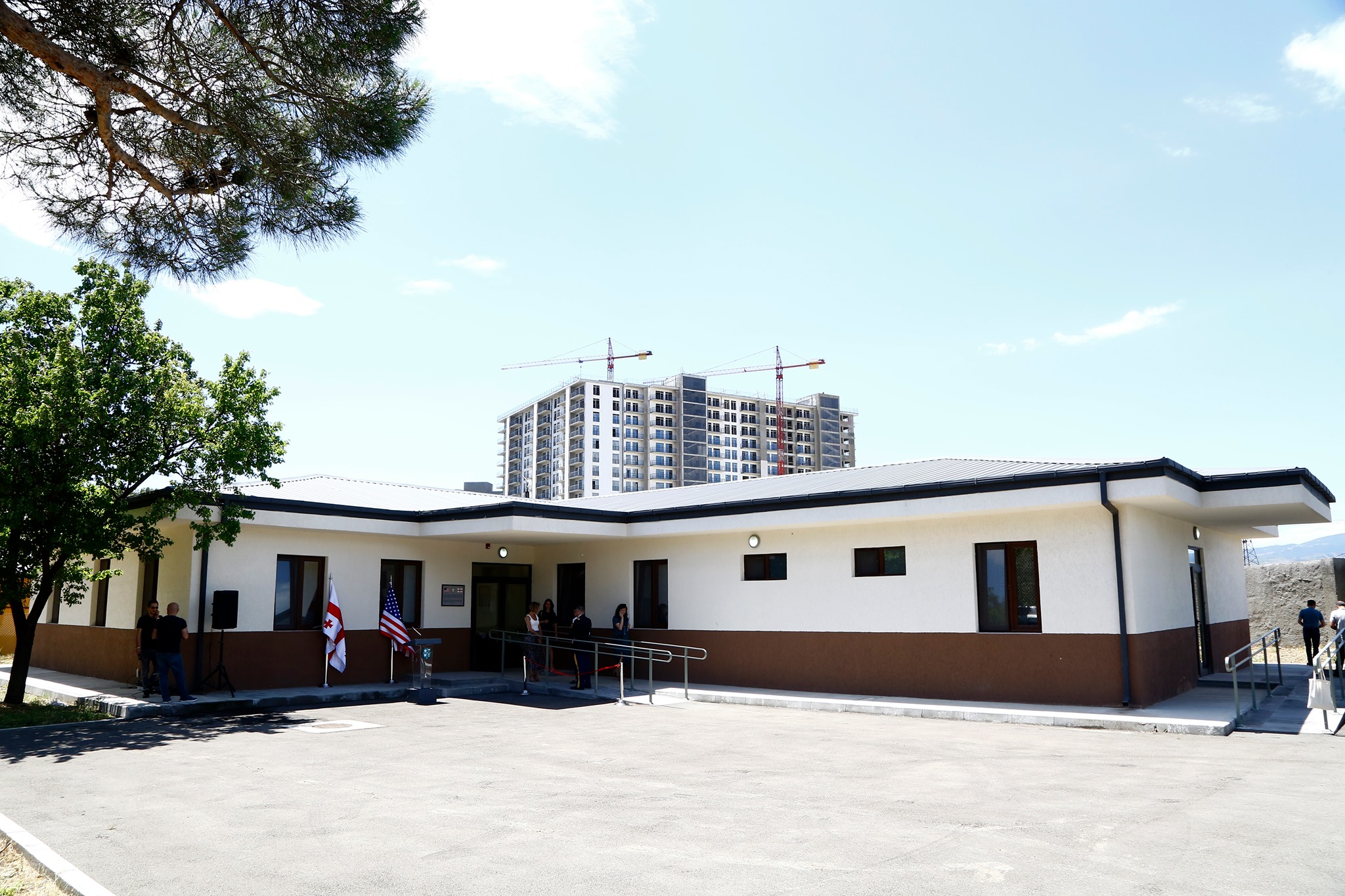 Today, Ambassador Kelly C. Degnan helped open a newly-constructed small group home – an orphanage for children with severe disabilities in Tbilisi. Thanks to this project, children with disabilities will live in a home type environment and receive better medical care. This project is part of the U.S. Department of Defense Humanitarian Assistance program, aiming to support the Georgian government’s effort to decentralize large orphanages.

Ambassador Kelly Degnan: Thank you very much for the question. This is a really important project that shows not only the cooperation between Georgia and the United States, but it’s a project that serves one of the most vulnerable segments of society. It’s going to provide a home to children, orphaned children with disabilities, from their infancy to the age of 18. They are going to receive high quality care here, medical care, that will help them learn to accommodate their disabilities and also then learn to be members of productive society when they leave as adults at the age of 18. This is a project that the U.S. European Command Office of Defense Cooperation contributed 1.2 million Lari to, as well as the U.S. Army Corps of Engineers and the LSG Applied Technologies Corporation. USAID has also worked closely with the Georgian government to bring this project to completion today. So it’s a real pleasure for me to be the part of the ribbon cutting, along with Minister Tikaradze and Mayor Kaladze. Thank you.

Ambassador Kelly Degnan: Thank you for the question. The terrorism report is an annual report that the State Department puts out that I think reflects close cooperation between Georgia and United States in an extremely important area, which is fighting terrorism. This is something that Georgia and the United States have been partnering on for many years, and I think with real results, as this very positive report shows again this year. So, we are pleased to continue, we are very proud to continue, working with Georgia on fighting terrorism, which is a risk and a threat in this region, as it is in so many others. I think we’ve made real progress together, but it’s going to require continued efforts with partners like Georgia for us to really conquer this threat to the stability of all of our societies.

Q-n about opposition parties refusing to vote for Constitutional amendments unless Rurua is released from prison.

Ambassador Kelly Degnan: Our statements have made it very clear that the facilitators do not want to comment on the specifics that were involved in reaching the agreement. The March 8th agreement was reached by the political parties of Georgia. That was its real success; that they came together, they made tough compromises and they reached an agreement. Now we would like to see, everyone would like to see, the agreement, both parts of the agreement, fulfilled. Right now, we’ve had two votes on the part of the agreement that pertains to the electoral system for this coming election, and the joint statement that regards political interference in the judicial process and selective prosecutions also needs to be fulfilled. So, for the United States, it would be a real accomplishment if Georgia passed the constitutional amendments with full support, multiparty support. That would show a real commitment to progress in the democratic process here and creating conditions for fair elections this fall. We understand that for the opposition, some of the opposition parties, further steps need to be taken to fulfill the joint statement part. We hope that will happen and the agreement can be fulfilled and the constitutional amendments passed, as well as the electoral reform legislation that is pending before parliament now, that incorporates some but not all of the ODIHR recommendations on how Georgia can hold free and fair elections in October. In our view, some very important provisions have not been included in the legislation yet, and we hope to see those provisions included. That will give voters reassurance that they can cast their votes free of intimidation and in a fair climate for credible results this October.

Follow up question: but opposition is not planning on attending the third hearing of the Constitutional Amendments, what would you recommend?

Question: This picture is made by our city hall. As you can see these are three critical media outlets which have blood on them, so, how normal is it for our Mayor?

Ambassador Kelly Degnan: I don’t know, I haven’t seen this, and I don’t have my glasses so I can’t see it very well, but I don’t think that’s for me to comment.