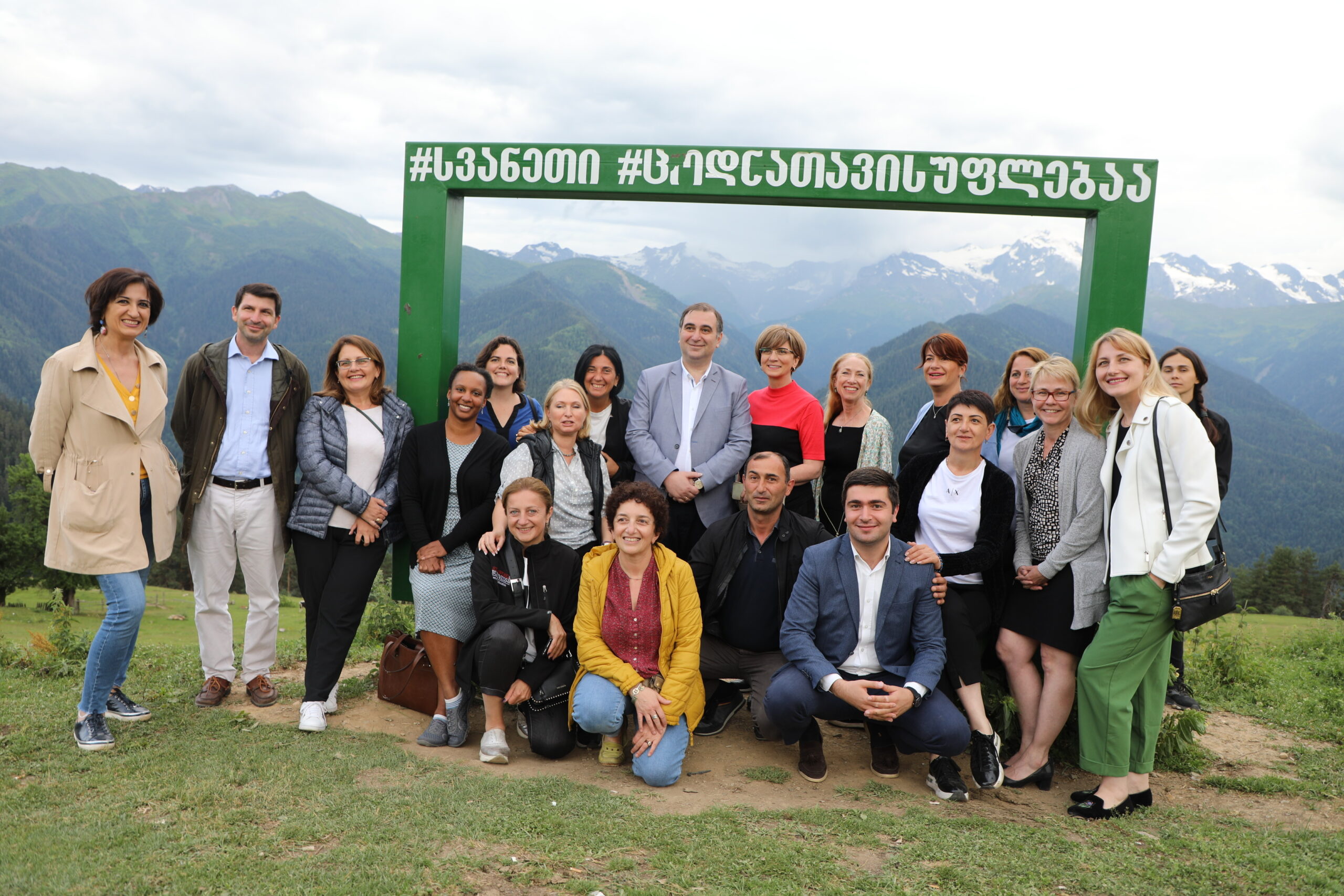 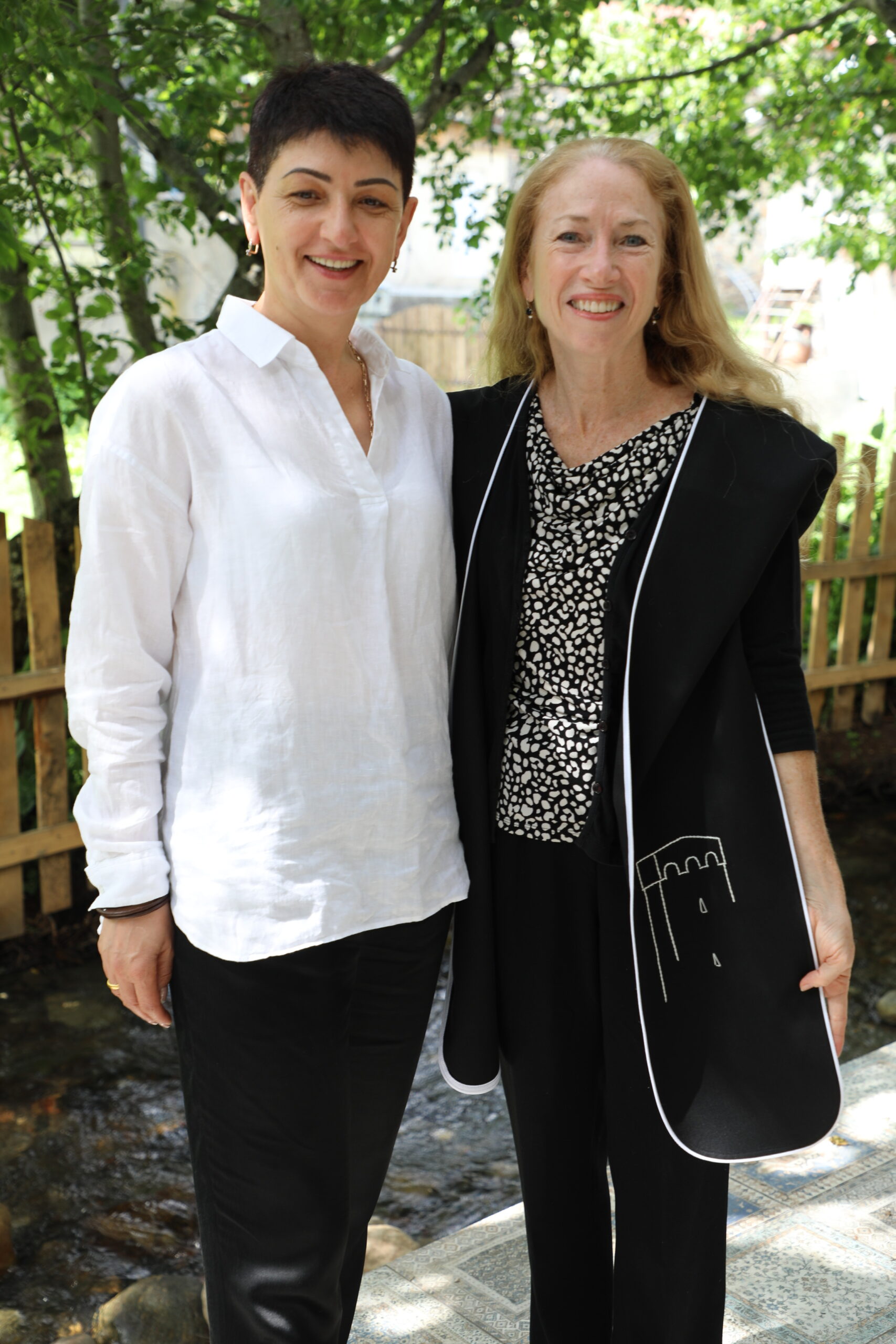 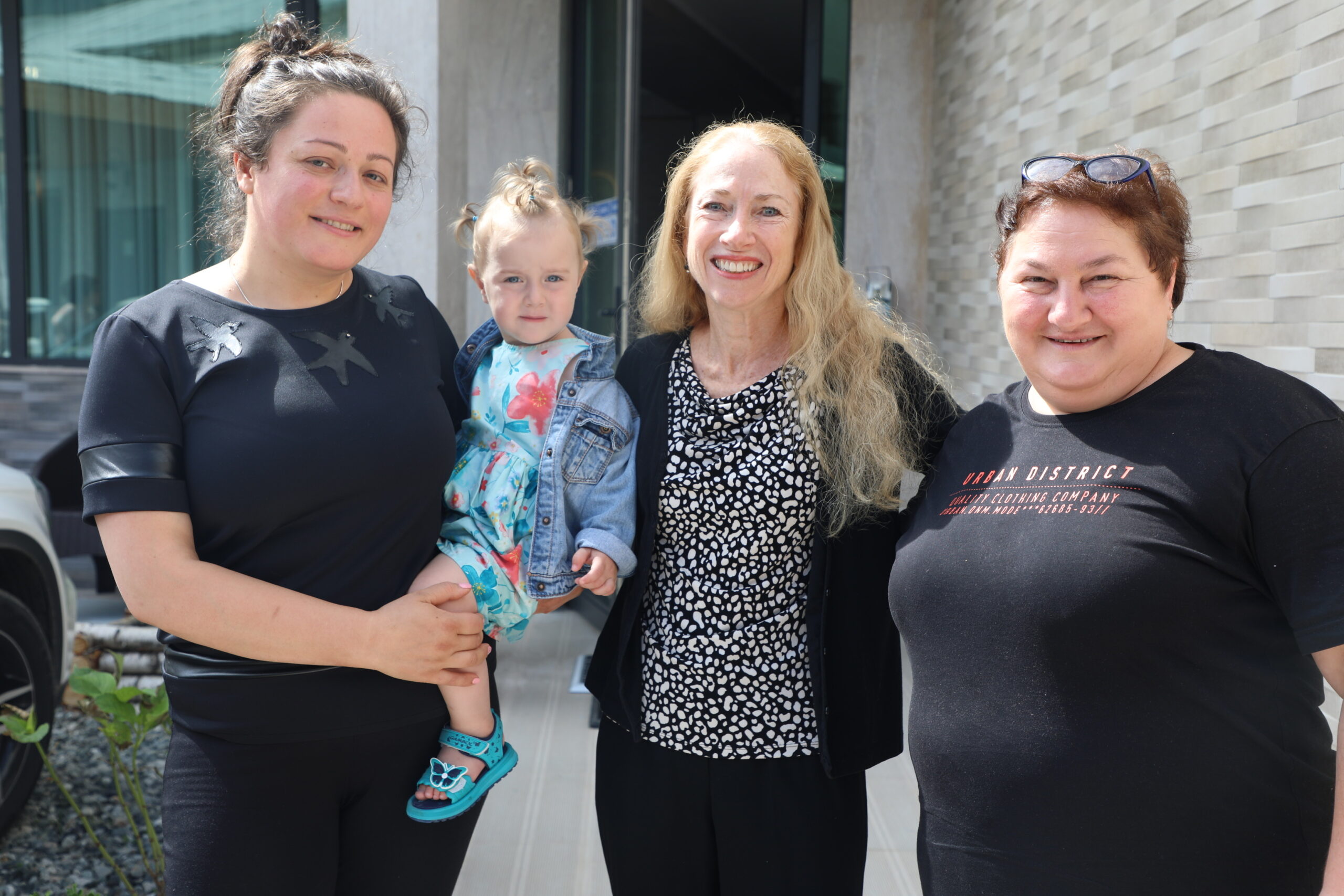 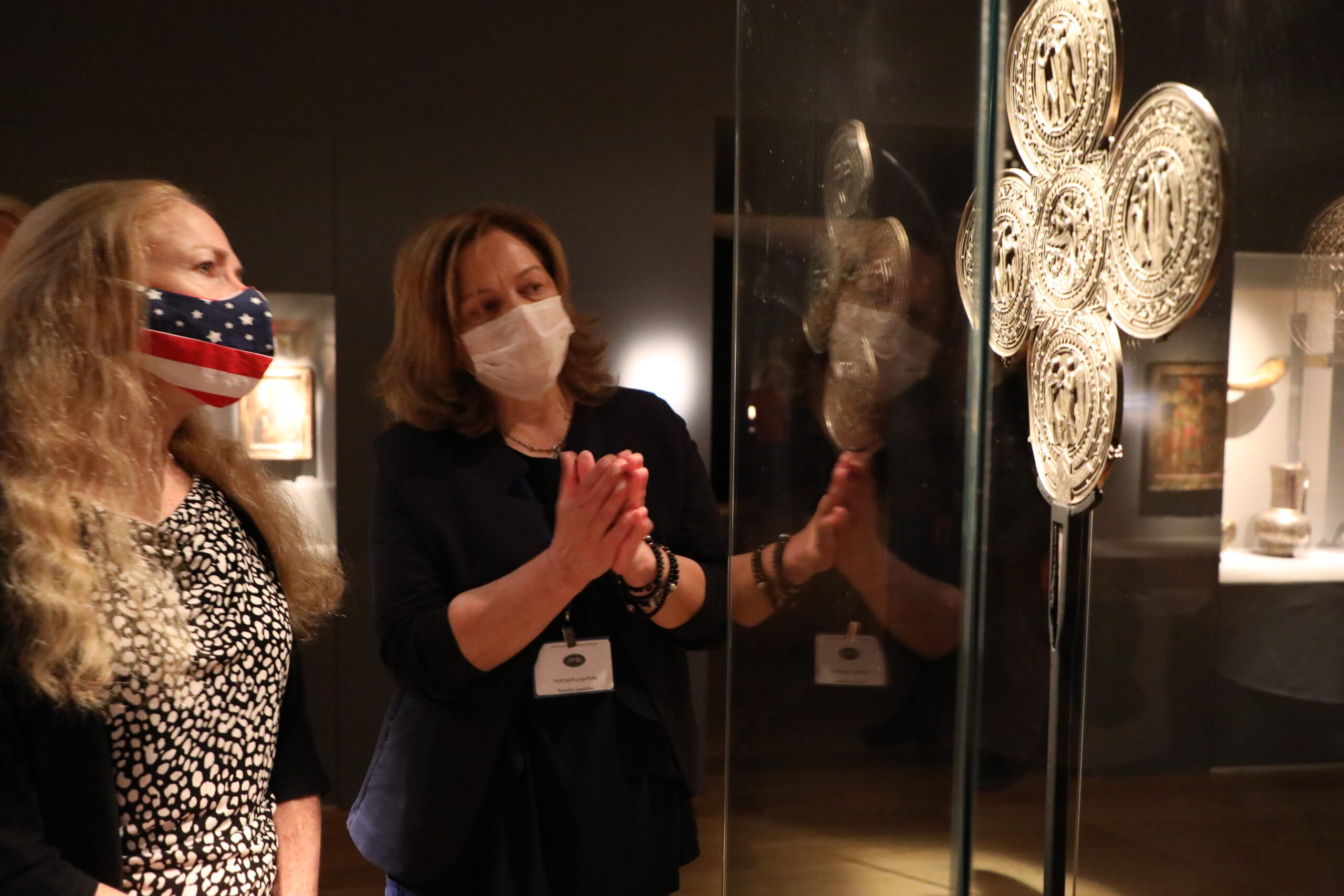 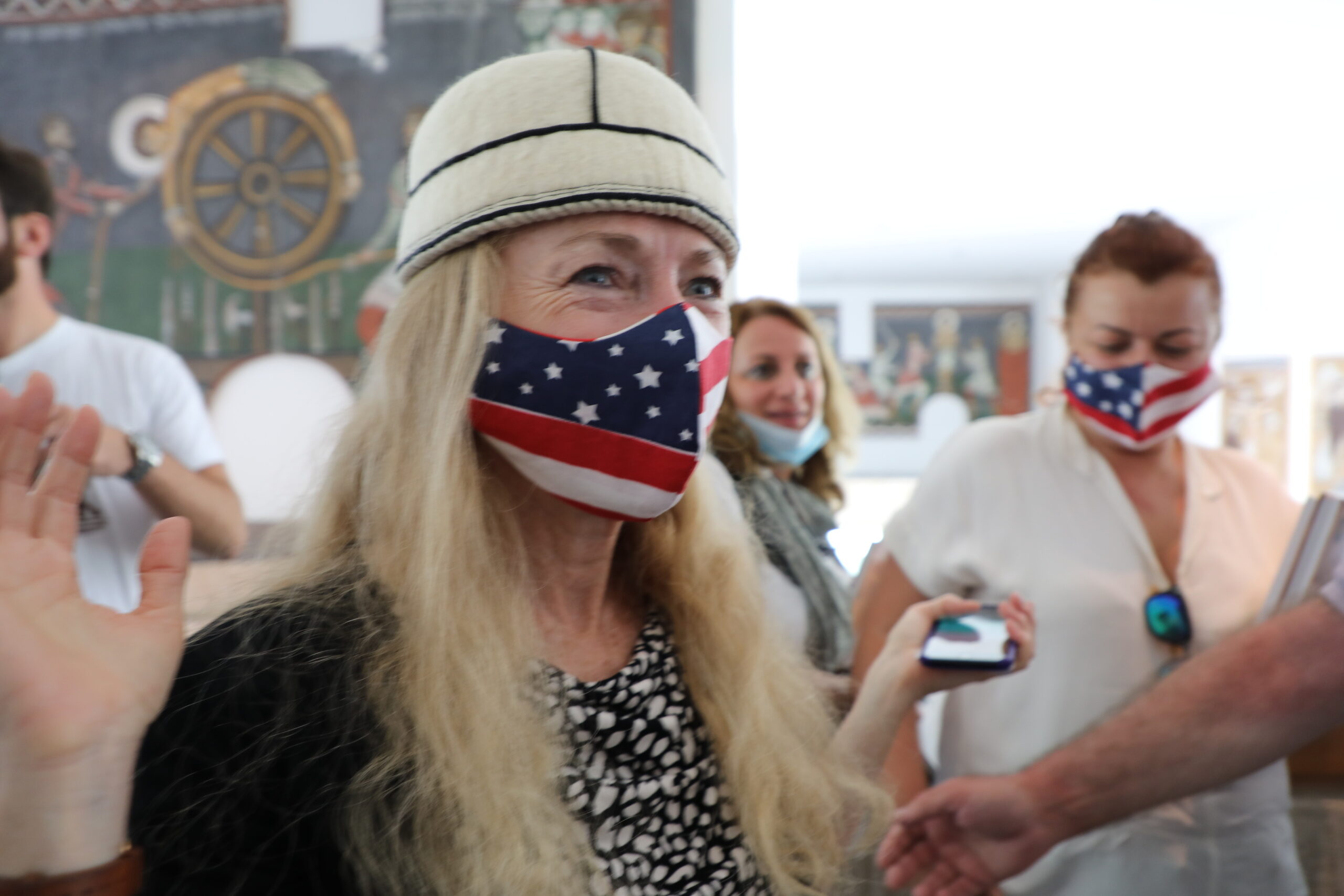 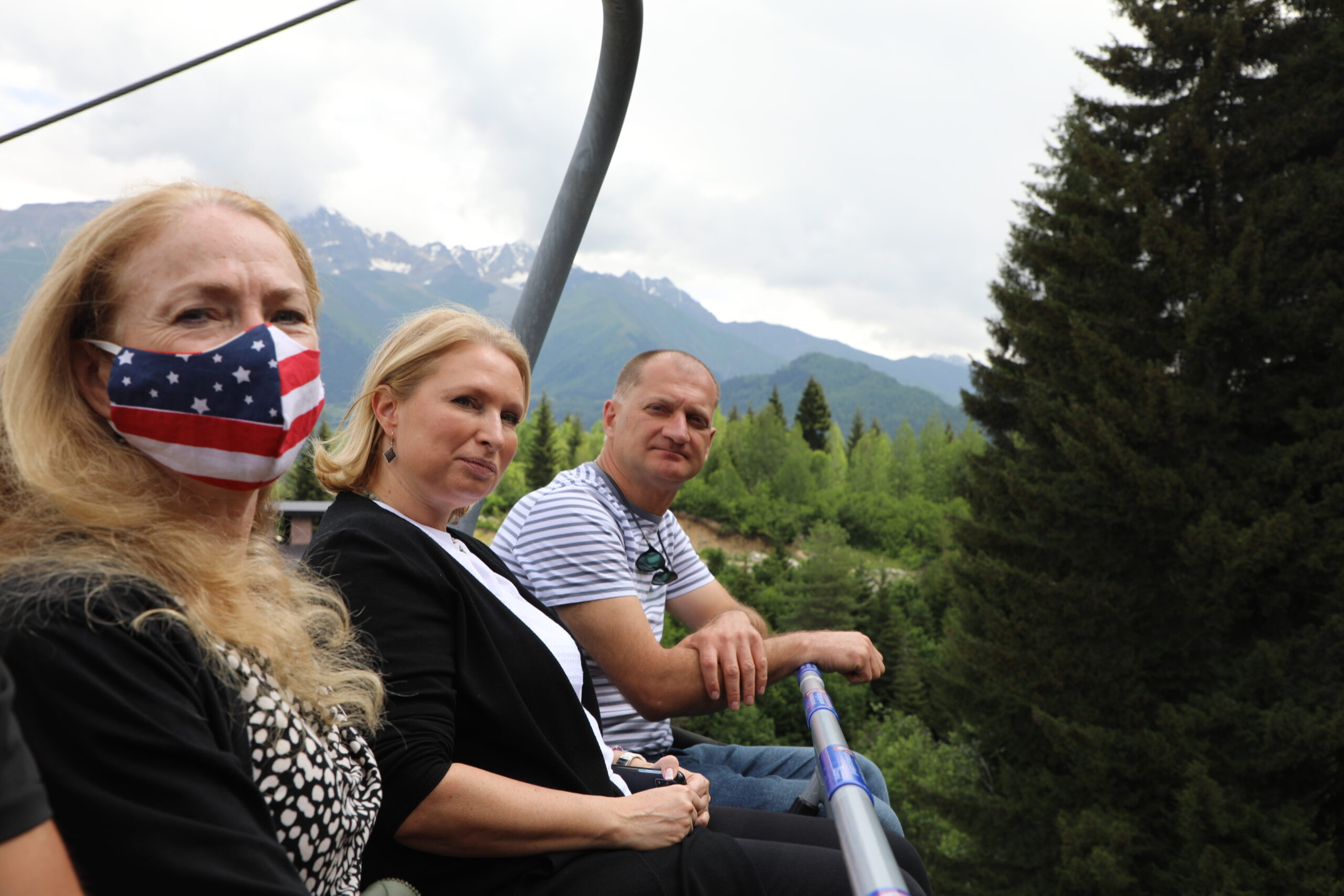 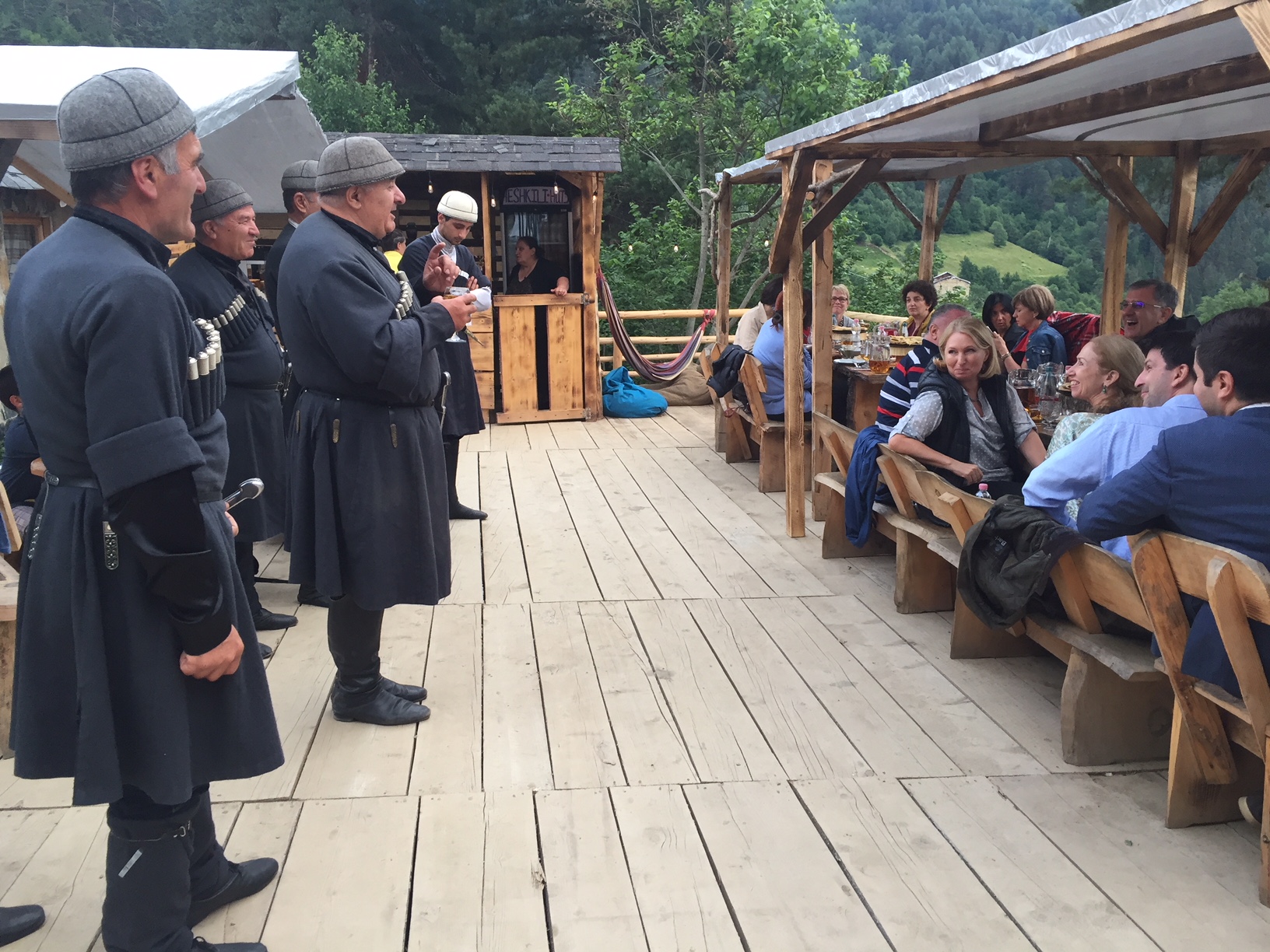 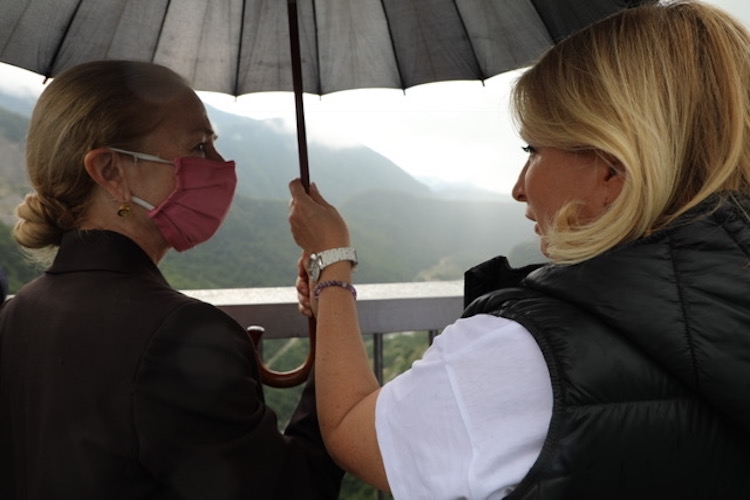 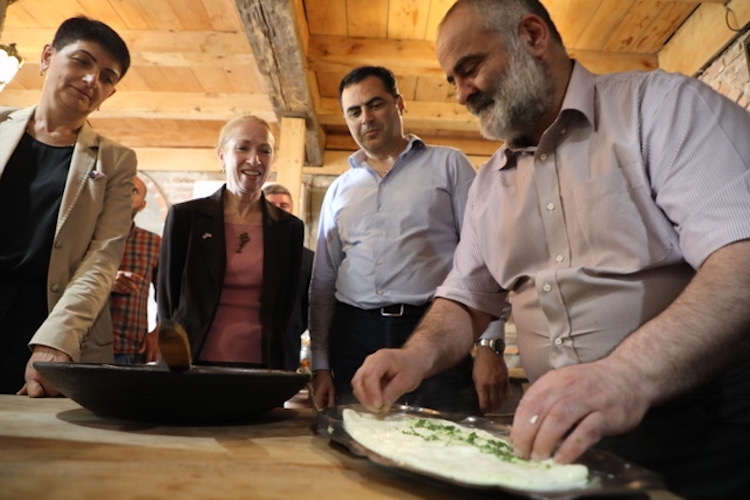 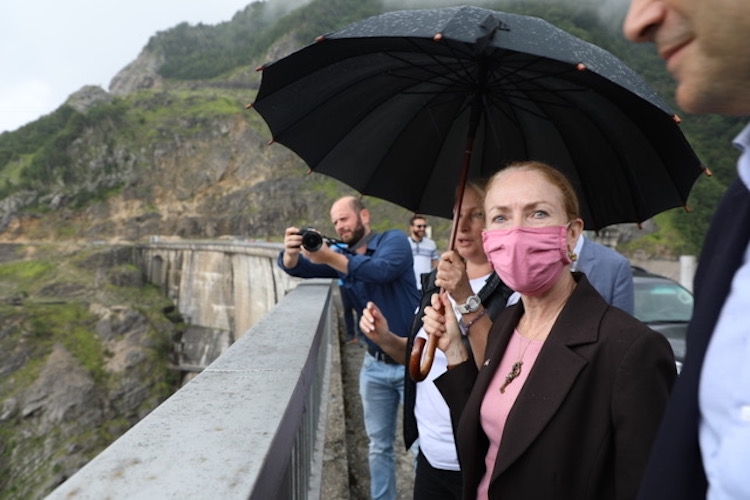 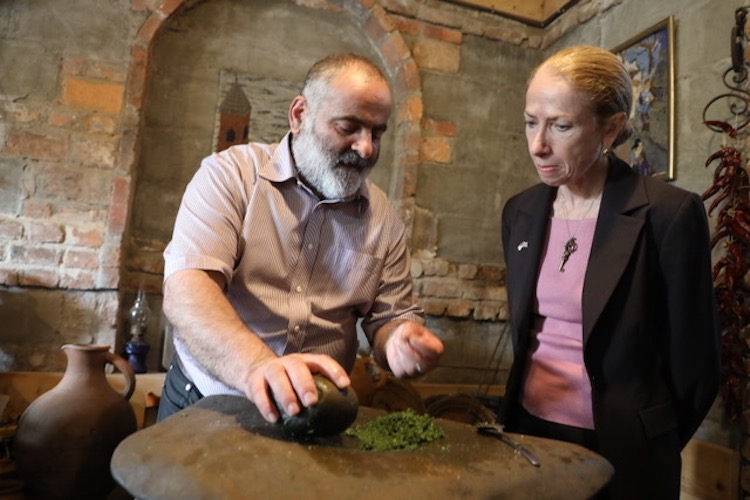 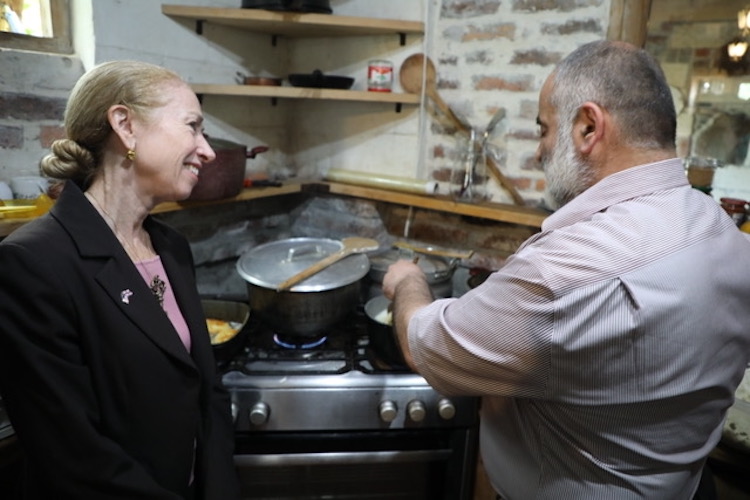 This week, Ambassador Kelly C. Degnan toured Georgia’s Samegrelo-Zemo Svaneti region for the first time. The purpose of the Ambassador’s visit was to explore this magnificent region of the country and to learn more about its economic potential. She traveled with Minister of Economy Natia Turnava and a group of women business leaders who serve on the board of the Business Leaders Federation “Women for Tomorrow.” Many of these women are alumni of U.S. exchange programs and the group discussed the many ways in which their experiences in the United States helped inspire them to become stronger leaders.

During the trip, the Ambassador met with local government representatives, including the Governor of Samegrelo–Zemo Svaneti Region, Alexander Motserelia, and the Mayor of Mestia, Kapiton Zhorzholiani. She toured Enguri Hydro-Power Plant, visited beautiful Ushguli and Mestia, and learned to make cheese in Zugdidi. She met several beneficiaries of USAID/Georgia’s Zrda program, which supports economic growth in rural areas by helping small and medium-sized businesses grow into profitable enterprises capable of providing employment opportunities. Throughout the trip, the Ambassador was introduced to Georgian food, music, and dance.

As she traveled with “Women for Tomorrow,” the Ambassador learned about the important work this organization is doing with the help of the United States through the Democracy Commission grant program. Through this project, more than 100 Georgian businesswomen across the country were trained through a series of workshops on general management, marketing, and public relations. The participants were also given an opportunity to access foreign markets and fundraising. The U.S. Embassy continues to support the organization’s plans to further develop the business sector in Georgia.

One of the highlights of the Ambassador’s trip was a visit to the Svaneti Museum of History and Ethnography, which boasts an exceptional collection of ethnographic objects, medieval manuscripts, and icons, whose preservation and protection was funded by the U.S. government in 2009, as the museum prepared to undergo major renovation. The Ambassador announced a new grant of $16,100 from the Ambassador’s Fund for Cultural Preservation while she was at the museum.