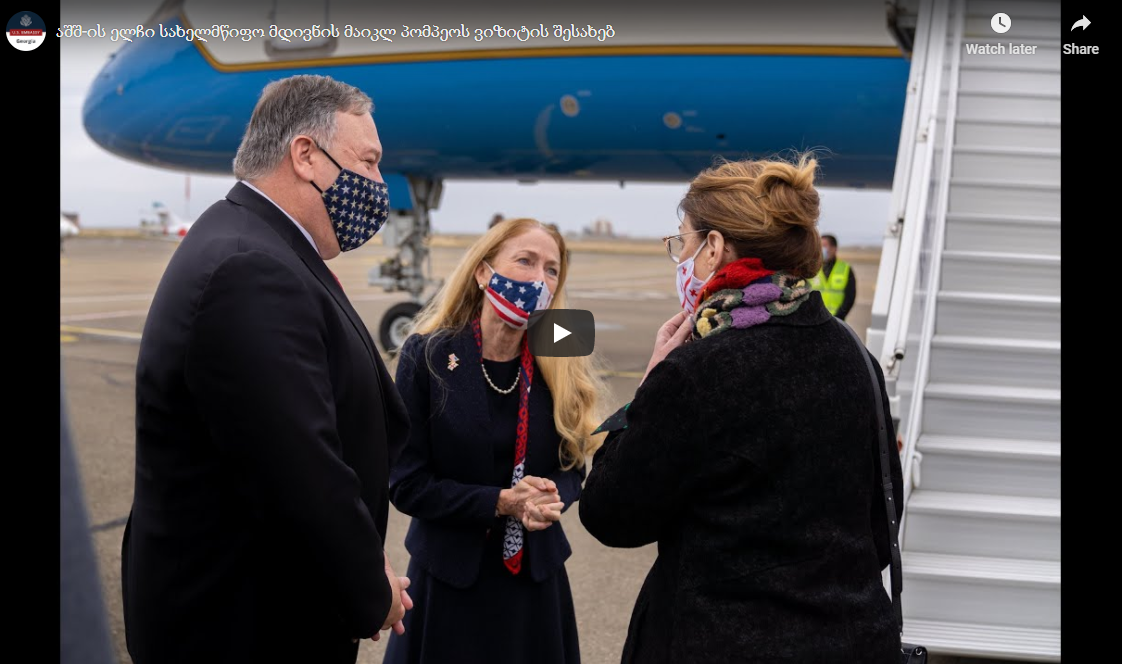 The U.S. Embassy in Tbilisi was proud to welcome Secretary of State Mike Pompeo and Mrs. Pompeo to Georgia.

During the visit, the Secretary emphasized the importance of our shared democratic values.  These values – independence, respect, tolerance, and freedom — form the basis of our strategic partnership.  Secretary Pompeo also encouraged Georgia to continue to strengthen its democratic institutions and processes, and take on the critically important work of electoral reform and judicial reform.

The United States has a robust bilateral agenda with Georgia.  Secretary Pompeo discussed a range of issues in productive meetings with President Zourabichvili, Prime Minister Gakharia and Foreign Minister Zalkaliani, including Georgia’s fight against corruption, efforts to stimulate economic growth and build modern state institutions, and our partnership in enhancing global security.

Secretary Pompeo highlighted Georgia’s role in the International Religious Freedom Alliance and noted the importance of promoting and protecting religious freedom so that everyone can practice their religion or beliefs freely.

Secretary Pompeo rounded out his trip with a discussion with civil society leaders about judicial reform efforts and the role of an independent judiciary in a healthy democracy.

The Secretary had a chance to hear from participants about their work to help Georgians achieve their dream of a strong, prosperous democratic nation.  While much work remains to be done, the meetings were also an opportunity to take stock of how much Georgia has achieved in just 30 years.

Secretary and Mrs. Pompeo’s visit is a reaffirmation of the close, strategic partnership between the United States and Georgia.  We stand ready to support our friend as Georgia continues its efforts to deepen its Euro-Atlantic ties, stimulate its economy, and contribute to the security and stability of the region and beyond.

Our sincere thanks to Georgia for the gracious hospitality and friendship so generously on display for Secretary Pompeo’s visit. Didi madloba!