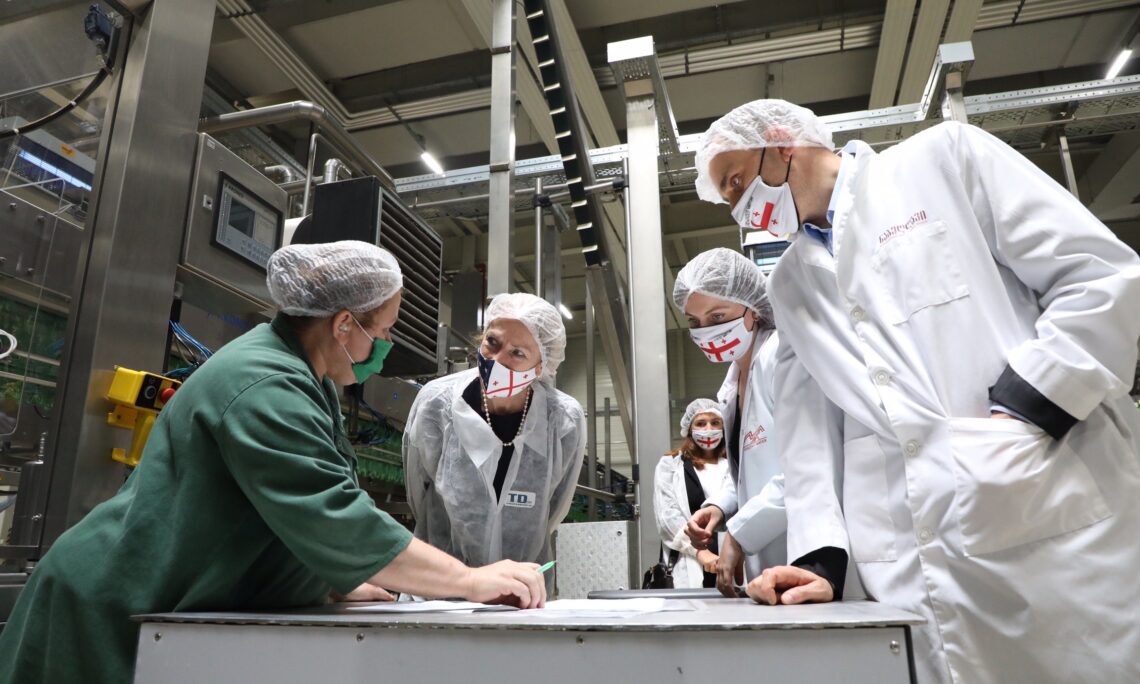 This week, Ambassador Kelly C. Degnan traveled to the region of Guria, including a visit to the bottling plant “Bakhmaro,” where she discussed economic development in the region. JSC “Healthy Water” (Tskali Margebeli) produces popular national products Nabeghlavi mineral water and Bakhmaro still water. The Ambassador also toured the Supsa Oil Terminal, which provides storage capacity for crude oil before it is loaded onto oil tankers via offshore loading facilities. The Ambassador learned about the important role the terminal has played in the Georgian economy since 1999, with a pipeline that can transport up to 100,000 barrels of oil a day. Also on this trip, the Ambassador met with the Mayor of Ozurgeti and the Governor of Guria, and she also met with civil society organizations who are beneficiaries of USAID’s Elections and Political Processes Program (EPP) in Ozurgeti, as well as representative of the Promoting Integration, Tolerance, and Awareness in Georgia (PITA) Youth Center.