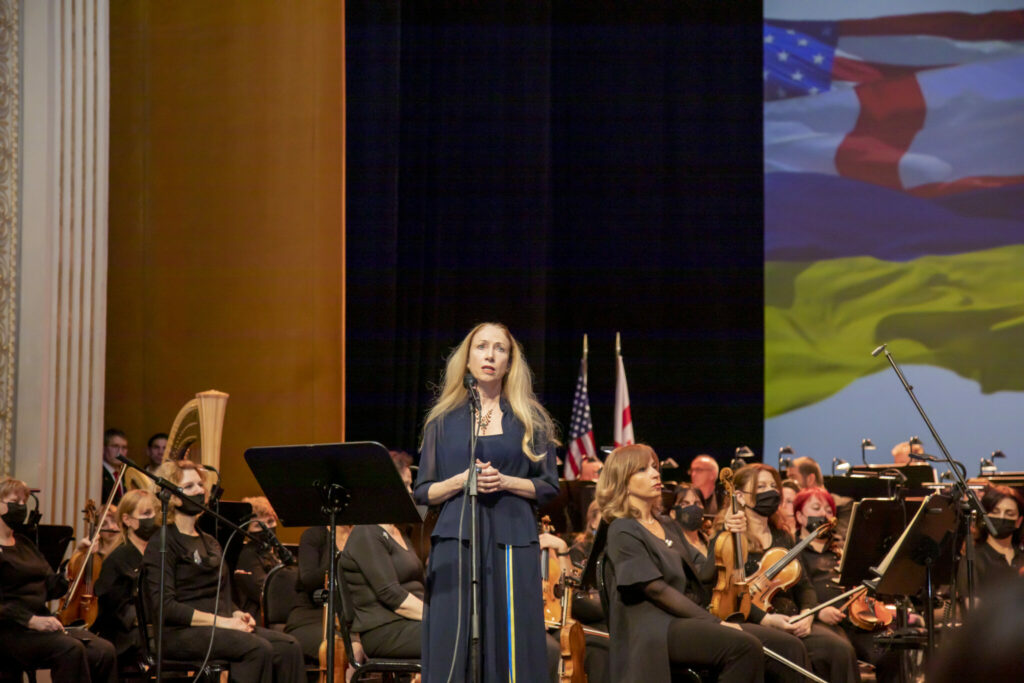 Thank you for coming tonight to join us in marking 30 years of diplomatic relations between the United States and Georgia! We formally established diplomatic relations with Georgia on March 24, 1992. But America’s first diplomatic presence started over 100 years before that, in Batumi in 1890. Our long history of friendship between Americans and Georgians goes back even farther than that. From the beginning, the American people have stood in solidarity with the people of Georgia and your desire to be a free and sovereign country. Over the years, we have developed into strategic partners, working together toward our shared vision of Georgia fully integrated into the Euro-Atlantic family of nations and part of a Europe whole, free and at peace.

This is a vision that takes hard work, patience, and significant resources to realize. It is a goal that requires dedication to fundamental principles of freedom, human rights, and independence that have been part of Georgia’s history since King Tamar and Ilia Chavchavadze. America has tried to do its part to help Georgia build a strong, secure democracy. The United States has allocated almost $6 billion in assistance funds to Georgia, trained over 20,000 Georgian soldiers, sent over 6,000 people to the United States for cultural and educational exchanges, and helped promote economic growth, the rule of law, and democratic governance, among many, many other initiatives.

Our partnership has remained strong and unshakeable largely because of the close and natural friendship of our two peoples and our shared values. With the brutal aggression unfolding in Ukraine, our mood is solemn – but also inspired. Inspired by the unbelievably courageous and determined Ukrainians, who are defending their homeland against an unprovoked Russian invasion that violates all civilized norms. Georgians know all too well what it’s like to have your country invaded and occupied by forces that rule through fear and oppression.

Russia’s aggression against Ukraine is the latest reminder of why those who love freedom must stick together; of why partners are so vitally important. Now is the time for unity and solidarity, as we face a revanchist Russia intent on undermining its neighbors and the fundamental democratic principles we believe in.

I am incredibly proud of what Georgia has accomplished over the past 30 years, and of the United States’ support for your efforts to fulfill Georgia’s destiny as a stable, European democracy. Our partnership is about more than nice words. Our partnership has produced results that have improved the lives of thousands of Georgians.

Thirty years. It’s a long time, but it is also just the beginning. Georgia’s greatest victory will be its success in building a prosperous, secure, vibrant democracy. The American people are proud to be part of that historic effort.