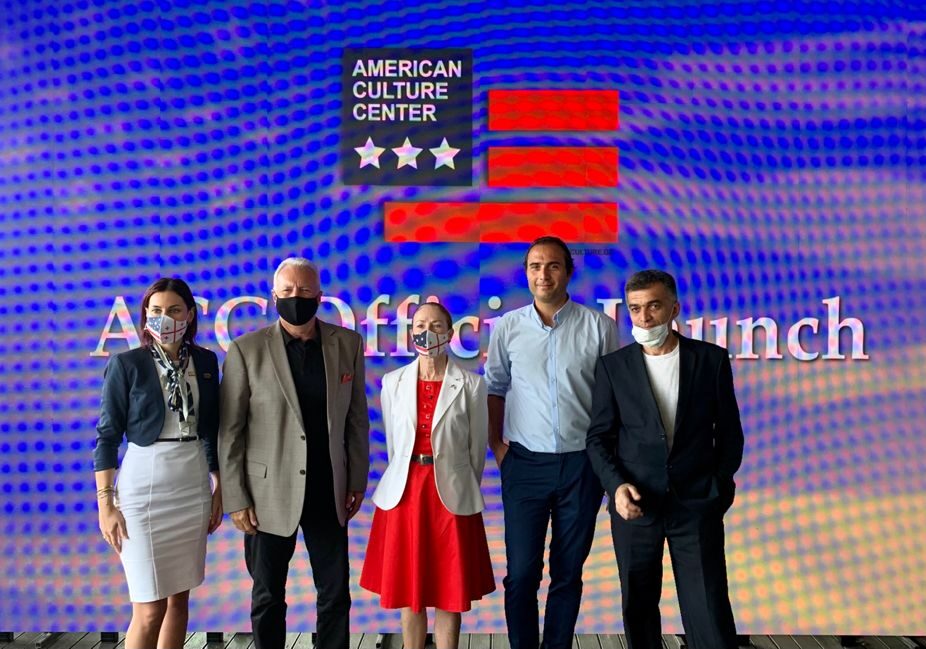 Ambassador Kelly Degnan: This is a fantastic new initiative, the American Culture Center that was launched today and designed to bring together Americans and Georgians, and show how much we have in common, how many initiatives we are doing together, and to look for new opportunities to continue this strong partnership. We are delighted to be able to support the American Culture Center. It is a private initiative, but it complements what the United States Embassy and the United States have been doing here in Georgia for almost thirty years: educational exchanges, cultural exchanges, English language classes – all of the great programs that I think have reached every corner of Georgia in the last thirty years, and we are just thrilled to be able to be here for the launch today.

Question about UNM signing the April 19th Agreement: Do you think it is a little bit late to sign this special document?

Ambassador Kelly Degnan: We welcome the United National Movement signing the Agreement. We have been encouraging UNM to sign this agreement for quite some time, so it is a good sign that they are because this represents the roadmap of the important reforms that the country needs to make. What is really important is that these are the reforms and steps that Georgia’s leaders negotiated and agreed amongst themselves. These were not imposed by the United States or by the European Union. These were negotiated among Georgia’s political leaders. So, it is a good sign that so many have signed on to implement these reforms that are so necessary and important for strengthening Georgia’s path forward. These are the kinds of reforms that are going to allow for a stronger economy, for a better electoral process. These are the reforms that touch the lives of every Georgian. And so, it is a very good sign that the UNM has decided to sign on.

Follow-up question: What is the future of this document since the ruling party is refusing to implement the reforms depicted in the document?

Ambassador Kelly Degnan: What is in the document is the roadmap of reforms that Georgia needs to make. This is what Georgia’s leaders all agreed needs to happen. And so, the reforms, the roadmap for reforms remains relevant and I hope that it will be implemented, and that parliament will take this message from Georgia’s leaders seriously: that these are the priorities they need to address because they will make a difference in the lives of every Georgian.

Question about EU’s refusal to give 75 million Euros to Georgia and Georgia’s refusal to receive the assistance, what message was this to the west, and are there sanctions looming from the US?

Ambassador Kelly Degnan: Well, we were a little surprised at the Government of Georgia’s statement that Georgia doesn’t need 75 million Euros in assistance, despite the high employment and poverty rate, and of course, the impact of COVID. I am sure Washington will take note of that as well. My understanding is that this assistance was tied to important judicial reforms and that was clear last year when the package was discussed between the European Union and the Georgian Government. So, again, these are important reforms that need to be made and we hope that that will continue to be the case. Of course, they are difficult reforms, and some good reforms have been made, which is very encouraging, and again, it is now important that whether it’s tied to 75 million Euros or not, that these reforms are made. The United States Congress is watching what happens here, and we always coordinate with the Georgian Government as to what kind of support they need and want, and so, I am sure they will take note of the government’s statement that they don’t need 75 million Euros in assistance.

Ambassador Kelly Degnan: Georgians have heard these statements from the Kremlin many times. They would have a lot more credibility if it was followed up by actually withdrawing from Georgia’s occupied territories and reversing the recognition of Tskhinvali and Abkhazia, and actually following through on the obligations that Russia committed to in 2008. I haven’t seen any step toward that, in fact, there is still a flight ban and there are still restrictions on markets. So, it seems to me that until Georgians see some credible moves, concrete moves forward in these areas regarding the occupied territories, the statements that come from Kremlin don’t carry a lot of weight. Thank you.