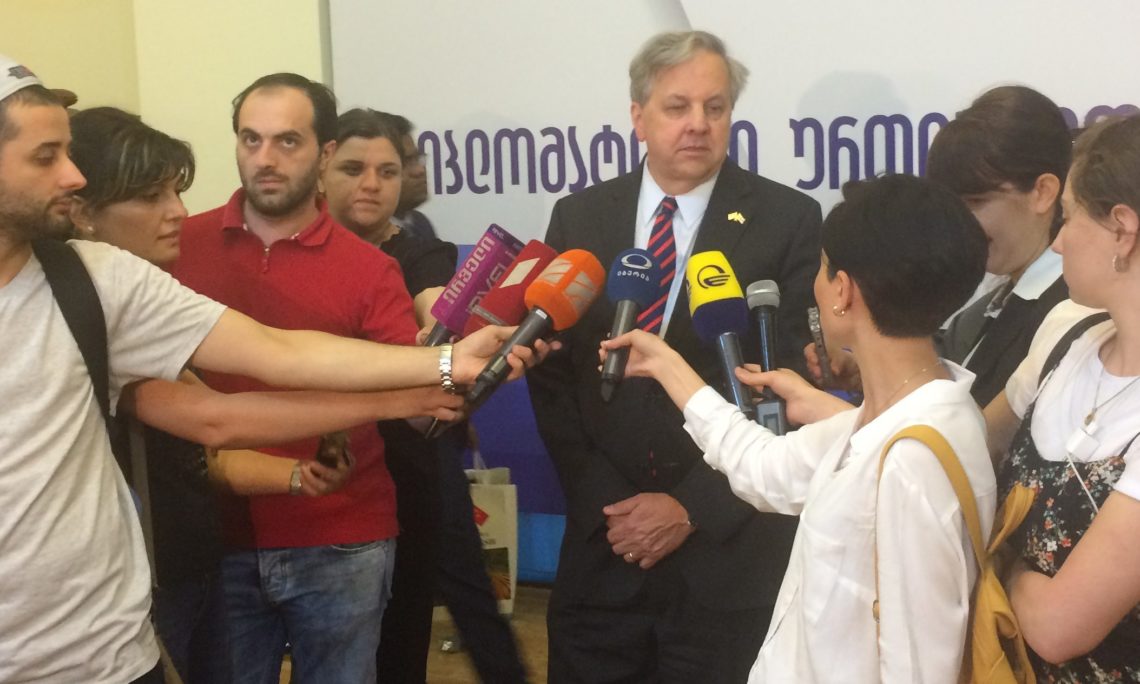 On June 20, Ambassador Kelly attended a forum in celebration of 25 years of diplomatic relations, where he spoke about Georgia’s road to democracy.  He affirmed that America’s commitment to Georgia’s democracy and security is unwavering, and shall last well into the future.  The event, hosted by the Chairman of the Parliament, Irakli Kobakhidze, commemorated the many enduring and rewarding relationships Georgia has forged within the past quarter century with its partners and allies.

Ambassador Kelly: Twenty-five years ago the Georgian people made a choice to be sovereign and independent and made the choice to join the democratic community of nations.  The United States has really stood by Georgia from the very beginning; in the beginning, supporting their independence — your independence –, and also helping Georgia in its transition to a fully democratic free market society.  In the meantime, we have given about four billion dollars and we will continue to support Georgia.

Ambassador Kelly: Of course, the main pressure, the main mechanism that Russia uses to make it difficult for Georgia to join NATO is the fact that Russia has undermined the borders of Georgia, undermined its territorial integrity by occupying 20 percent of the country.  This is why the United State finds it so important that Georgia succeed in its aspirations to join the Euro-Atlantic community, and why we have made such investments in enhancing Georgia’s capabilities for deterring further aggression through some of our programs from the U.S. Armed Forces  About a hundred Marines are here now helping train and we hope soon the U.S. Army will be able to start a program to help Georgia improve its self-defense.

Ambassador Kelly: I don’t know the details of this case; but I would say as a general principle, I think it is very important in a democracy that there be complete investigations into any kinds of acts of violence,most particularly acts of violence directed against political leaders.  So, like I said, I do not know details of this but obviously I would like to see as much light shed on a situation such as that.