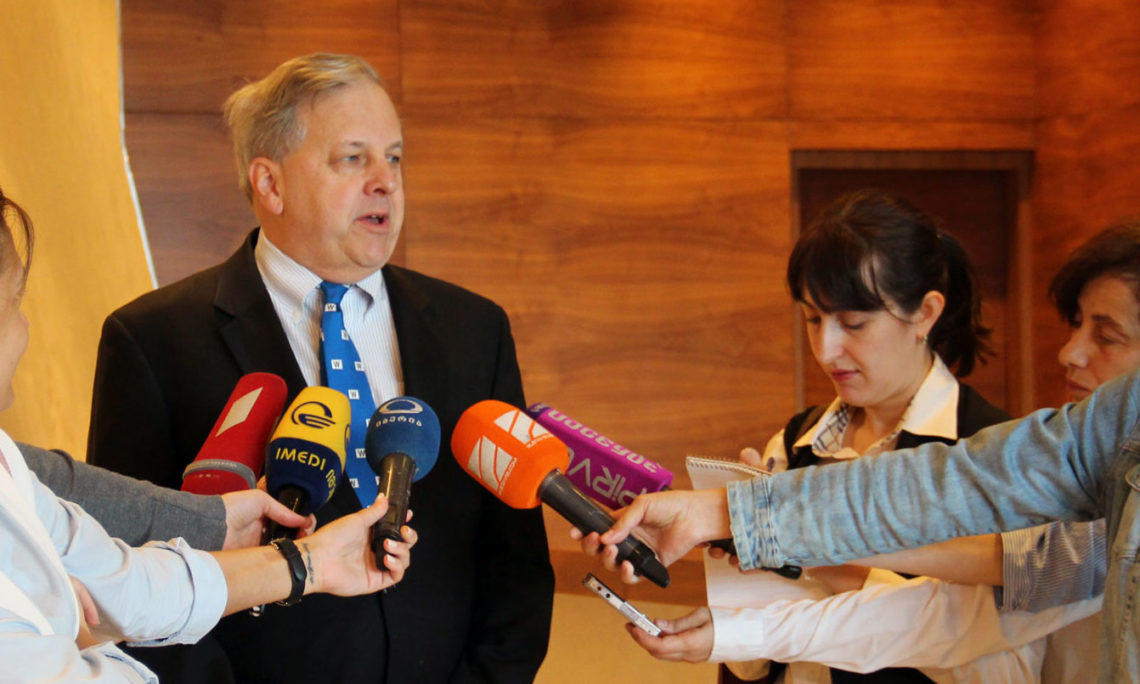 Q-n about the conference and importance of exchange programs

Ambassador Kelly:  I am a big believer in exchange programs.  I was a participant myself; in fact, the first time I came to Georgia was on an exchange program.  I think that exchange programs themselves are important because, they help understanding between countries.  An important part of that is – for people who participated in the programs – to maintain connections and this is what the alumni network is all about: bringing together exchange participants from a number of countries to discuss issues of concern for everybody.

Q-n about the UN General Assembly resolution on IDPs

Ambassador Kelly: I think it is very encouraging that support for the resolution has increased.  I think it is extraordinarily important that we continue to keep a spotlight shined on the difficulties that internally displaced persons face being separated from their homes where they, and many generations of their families, have lived.  And we, the United States, of course, will do everything that we can to support a resolution of this conflict and a restoration of Georgia’s territorial integrity and the ability of these internally displaced people to return to their ancestral homelands.

Q-n about the Azeri journalist

Ambassador Kelly:  These , of course, are very serious allegations that have been made.  We, of course, had many contacts with Georgian government officials.  They have pledged to us that they will make a thorough investigation of the circumstances around the disappearance of Mr. Mukhtarli.  I think they completely appreciate the seriousness of these allegations and they have also assured us that Azeri citizens who are resident here in Tbilisi, particularly, human rights defenders who feel vulnerable, that their human rights will be protected and the government pays particular attention to their safety.

Q-n about U.S. activity in Pankisi

Ambassador Kelly:  I am happy to address any allegations that people have about this.  I have only been to the Pankisi Gorge once and that was with President Margvelashvili.  It was a 30 minute visit to a town that was several years ago.  I believe in complete transparency.  I think that governments should be transparent.  My activities are transparent; just about everything I do is public and on-camera and so, I am happy to address any allegations that people might have about my activities and who I support.  I support Georgia, I support Georgia’s  democratic reform efforts, I support Georgia’s aspirations to be integrated with the Western community of nations, and I support the United States of America.  And, my government is very much involved in fighting violentextremism and terrorism around the world.

Q-n about the value of the Geneva talks

Ambassador Kelly:  The Geneva format is very important.  The United States supports the format as the main venue for discussions leading to the resolution of the conflict and I would say that any effort to try and encourage displaced persons’ efforts to return to their homes is part of the overall effort to resolve the conflict.  So, I would reject any assertion that this resolution – which is an effort to try to help IDPs be able to return home – could not in any way undermine efforts to resolve the conflict, which is what the Geneva talks are all about.