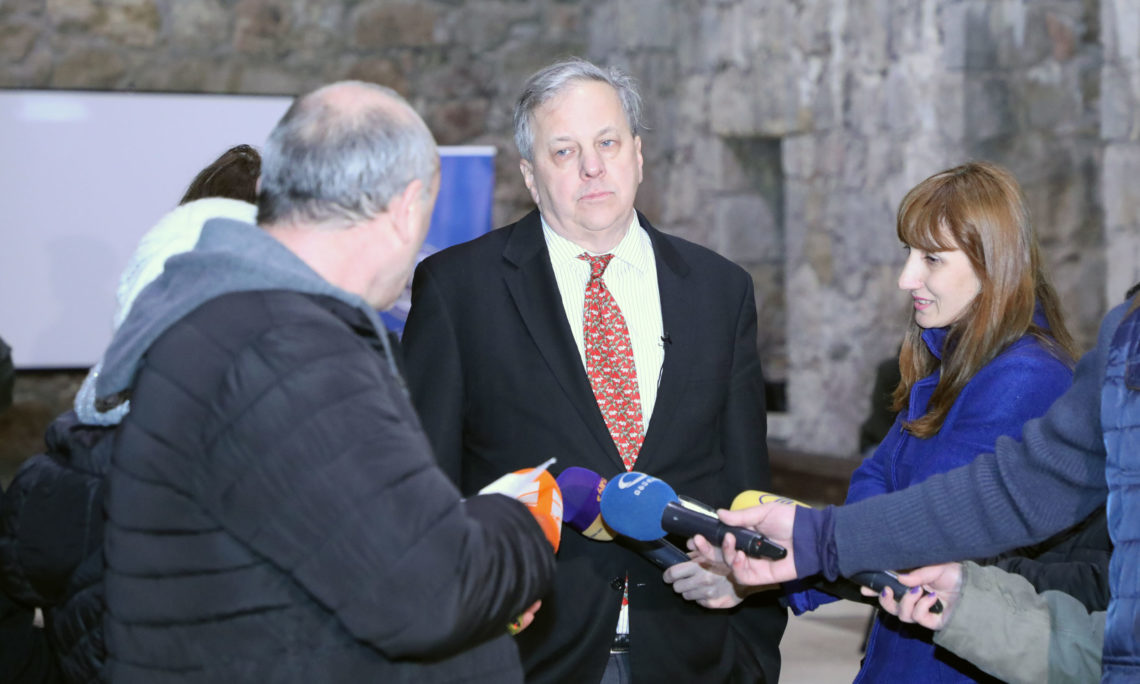 Ambassador Kelly: I have a lot of reasons to feel proud to represent my country in Georgia, but I think one of the things I am most proud of is the support that we have been able to give from the Ambassador’s Fund for Cultural Preservation including over $850,000 to preserve this unique and precious monument of Georgian spirit, of Georgian culture, and, of, course religion. I was not going to leave this time as Ambassador without coming here one more time. I am very grateful to the National Agency, to the Art and Culture Center, and to the municipality for hosting me today.

Q-n about Prime Minister Kvirikashvili’s appeal to the Russian Federation and U.S. engagement in the case of Tatunashvili

Ambassador Kelly: You all know that we do not recognize the redrawing of borders, we do not recognize the two regions of Georgia as being independent states. We have called on Russia as an occupying power (inaudible) and, as an occupying power under international law, of course, it has certain responsibilities. This is not just a political issue. This is a humanitarian issue. There is absolutely no reason why the authorities in Tskhinvali are holding the remains of this young man, and are keeping his remains from his family. As far as our engagement in this issue, the Assistant Secretary for European Affairs, Mr. Mitchell, called the Prime Minister to express his support for the Prime Minister and for Georgia’s independence and for its reforms, and also pledged our support in the efforts to bring Mr. Tatunashvili back. We have also been engaged through diplomatic channels with the Russian Federation urging them to do what they can to ensure his immediate transfer back to his family.

Ambassador Kelly: I do not know the text of this [draft], but it seems to me this is what happens when there is no accountability when there is a crime committed and authorities, rather than doing their job in making sure that people are brought to justice, there is no accountability. This sounds like something that we did in the United States with the so-called Magnitsky list — the Russian officials who were responsible for the death of Sergei Magnitsky have gone on a sanctions list that we call the Magnitski list. I do not know if this is the same, but, as I say, this is what happens; there was no accountability for the Otkhozoria case and now, increasingly, it seems to be the same thing with Tatunashvili. Georgia is a democracy and it is responding with the kind of resolve that I would expect to see and also, I think, it is great to have a bipartisan resolution as well. We would only welcome that kind of bipartisan approach.