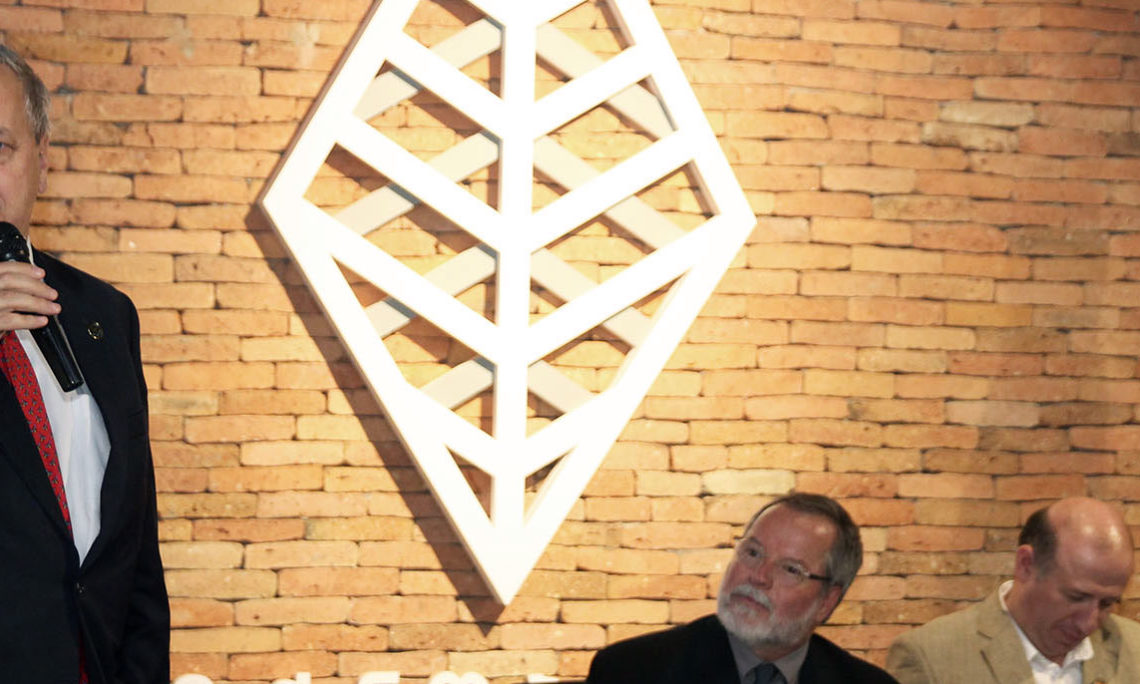 Ambassador Kelly:  I would like to thank Tech Park for inviting me to participate in this very important ceremony marking the 40th anniversary of the launch of the Voyager spacecraft.  It is a very significant anniversary because Voyager is the only human-manufactured vehicle to actually go beyond the boundaries of our solar system.  It is 13 billion miles away, I think, from the sun.  And, of course, it carries within it important artifacts of human culture and civilization.  One of those artifacts is a recording of a Georgian polyphonic song Chakrulo.  It is significant, of course, that this song was chosen by the great Carl Sagan to be placed on the golden record.  It is yet another great example of the U.S. – Georgia partnership.

Q-n about U.S. – Georgia trade relations and negotiations on a free trade agreement

Ambassador Kelly:  Of course, expansion of trade is a big priority of both the Georgian government and the Trump administration.  The Prime Minister raised the issues when he was in the United States in April.  The Vice President and Prime Minister discussed the issue when the Vice President was here in August.  We have had two visits by senior officials from the U.S. Trade Representative’s Office.  We are looking at ways where we can increase the amount of trade and  investment here and one of the vehicles for that would be a bilateral free trade agreement.  We are really at the exploratory stage right now.  We have only had a U.S. Trade Representative in place for a couple of months, but I know that this is a big priority in our bilateral relationship.

Q-n about upcoming visit from the U.S. Trade Mission

Ambassador Kelly:  We, together with the Department of Commerce, have organized what we call a trade mission visit of potential U.S. investors from large U.S. corporations to come here in a couple of weeks for meetings with government, and of course to  look at investment possibilities.  I am very excited about this, and I know also the Georgian Government  is talking about doing another trade mission to the United States, too.  This is exactly the kind of thing that we should be doing: talking on the bilateral basis of trade and then bringing the actual investors here and taking investors to the United States as well.

Q-n about reaction to the Georgian prosecutors’ decision  to review the case of Mr. Kolbaia who was charged as a mastermind of a terror act against the U.S. Embassy

Ambassador Kelly:  I think the most important part of my job here is protection of our Embassy, protection of our personnel, and I take extremely seriously any threats against our Embassy.  And I know that the Georgian Government has a very serious and thorough approach to stopping terrorist acts and we have good cooperation.  I don’t know the details of this review; we will be obviously very interested in hearing what exactly they have in mind.