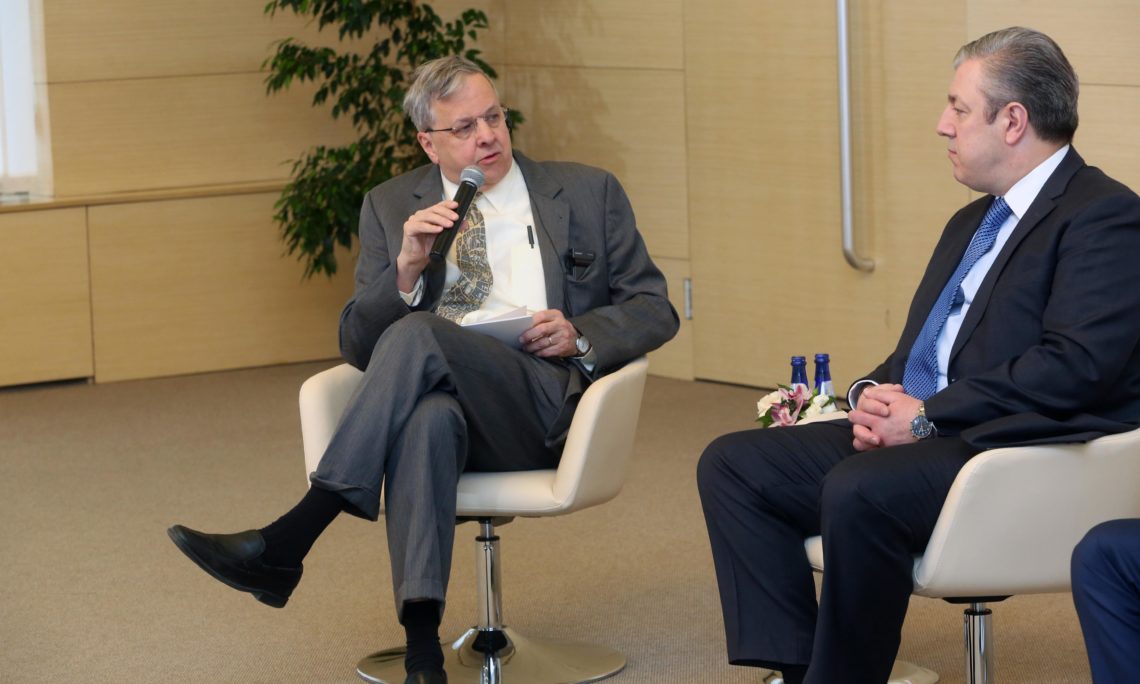 Ambassador Kelly’s media interaction at the official launch of the Government of Georgia Strategic Communications Program funded by the U.S. Embassy

Q-n about the Strategic Communications Program funded by the U.S. Embassy

Ambassador Kelly:  I was very pleased to participate with the Prime Minister to kick-off this very important training program. We believe that strategic communications—disciplined messaging—is very important for any government to be able to achieve its goals, and I think that in this respect, we are very interested in supporting Georgia achieve its goal of integration with the Euro-Atlantic community. So we are very pleased to be able to share our experience in crafting and implementing a strategic communications plan. We look forward to supporting this effort and the Georgian government not only today, but every day, until Georgia does attain its goals of joining the Euro-Atlantic community.

Ambassador Kelly:  I can certainly subscribe to the concern that was expressed at the hearing, that the occupation of 20 percent of Georgia’s territory by the Russian Federation is a tremendously destabilizing factor here in Georgia; that when it runs counter to the various agreements that Russia signed in 2008 to withdraw their troops back to their original positons, ten years later they’re still there.  And that is obviously a big concern, and that is why we have a consistent policy of recognizing Georgia’s territorial integrity within its international boundaries.  Regarding the other statement by the Director of National Intelligence, I think that it’s very important in any democracy that there be a strong opposition that is able to express its views and participate in the political life of the country.  I feel confident that the Georgian government recognizes this and has the political will to develop a democratic system that would be pluralistic and multiparty.  Again, I think the most important thing here is that there is a political will to make the reforms necessary to have a truly pluralistic political environment here.

Ambassador Kelly:  Well, I think obviously this is a question better addressed to my good friend Janos Herman, but I think that the important thing is the topic of this conference – communications.  I think it’s important that the Georgian government communicate to its citizens their responsibility to abide by the terms of their entry and not do anything to go beyond those terms—whether it’s not working, or most importantly, not overstaying their permission to stay in the European Union longer. This is something that is in the interest of all Georgians; the Georgians that are very scrupulous about abiding by the terms of their entry. Visa-free travel does not mean indefinite stay.  I think is the main message, and I have been encouraged that a number of Ministers, Minister of Foreign Affairs and others have said, that Georgians need to obey the law.