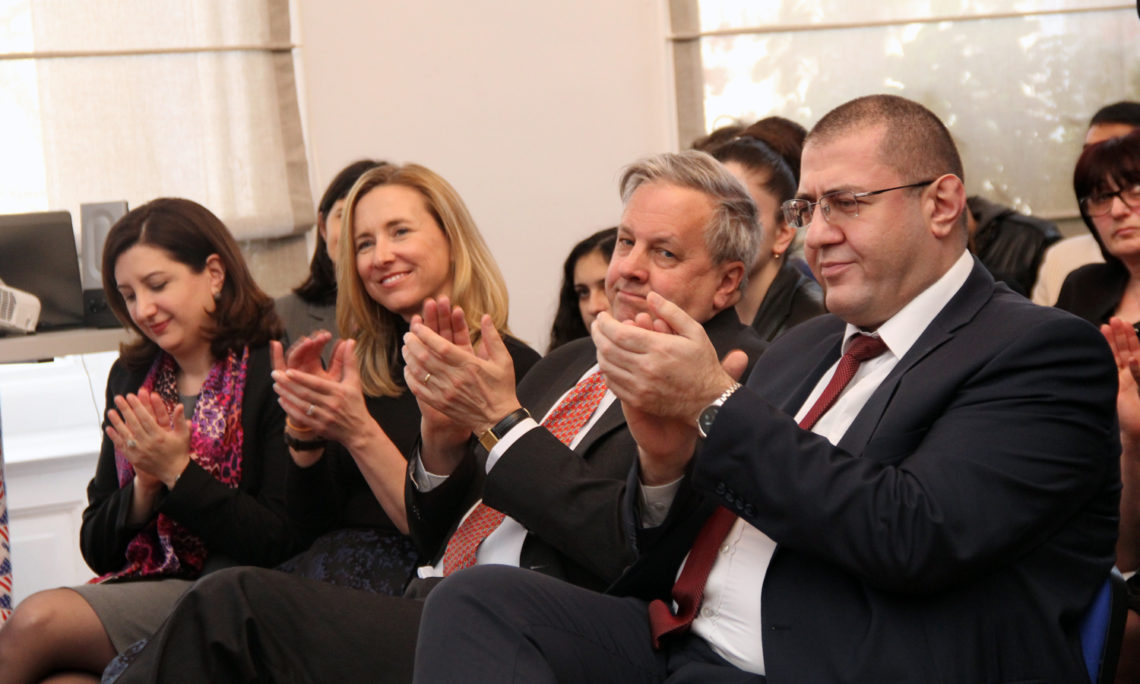 We want Georgia to succeed as a democracy, we want Georgia to be able to enter the western community of nations. For both of these, it needs more investment in education, particularly education in science, technology, engineering and mathematics. So, that is why the United States has invested so much in the Millennium Challenge Corporation program here in Georgia and that is why I was pleased today to announce that U.S. Embassy is going to give five full four year scholarships for disadvantaged students in Georgia. And, that is an another example of the investment we have made in Georgia’s growing economy and in Georgia’s growing democracy.