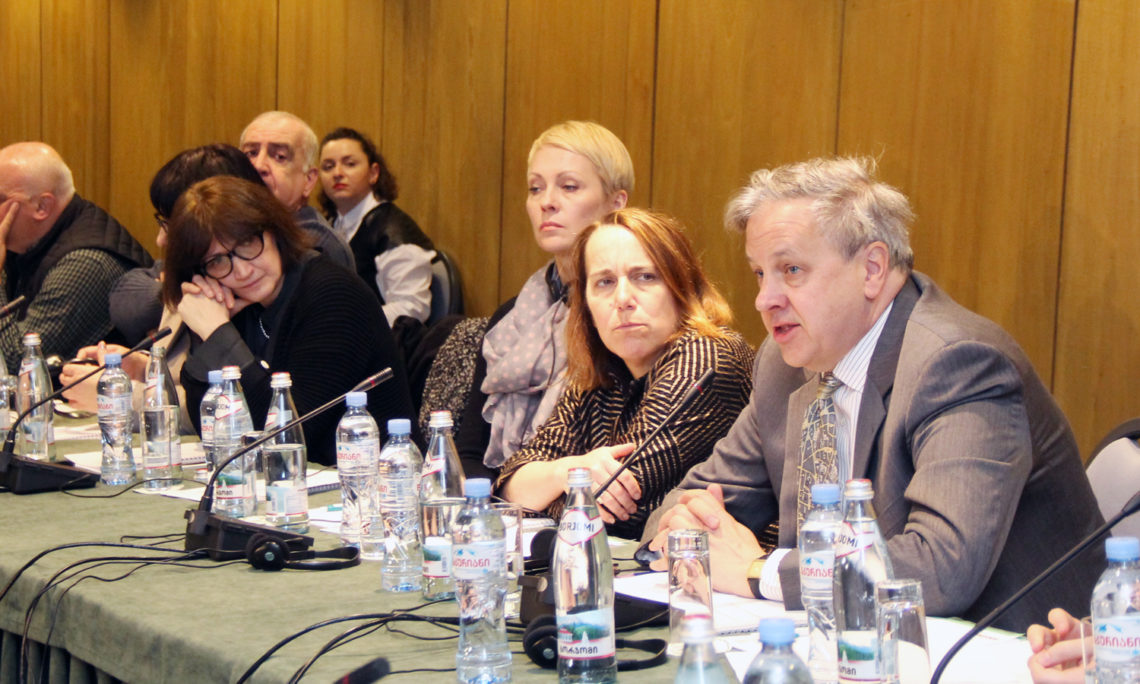 Thank you very much Keti, and I want to thank the Media Advocacy Coalition; the Ombudsman, I do not know if Ucha is here, but I want to thank him for his help in this; then the Georgian National Communications Commission. Thank you all for organizing and supporting this very important event.

I think you all know that I have been — since I first arrived here — have been very strong advocate for media pluralism, a real proponent for the right of the media to hold government accountable. The most intense experience of my life was in 2009 to 2010, when I served as the State Department spokesman, and it was intense because the relationship between the government and the press, especially a Government spokesman and the press can only be described as an adversarial relationship. But I also very much respected the journalists who came to the briefing every day at the State Department, made me sweat, forced me to be as honest as possible and as open as possible. And I really gained an appreciation of the importance of the media for keeping government accountable and keeping democracy, which means governing according to the will of the people, keeping democracy strong and vibrant. And I think that there really is no object of government that is more important than protecting liberty and there is no institution that is more important in keeping fundamental freedoms alive and vibrant than the independent media.

Georgia is a model for this region in that regard. I think Georgia keeps moving forward in developing its democracy while other countries in the region are moving backward, and this is why the United States has such a stake really in a success of a democracy here. Because you are the virtuous model, Georgia is the virtuous model for governments in this region. And, when we do speak out, as we spoke out last week, it is because we want Georgia to succeed. And, Georgia needs to have critical voices, needs to have the opposition strong and able to express its opinions even when those opinions are extremely difficult to hear — and believe me, I heard a lot of opinions when I was standing up at the podium, very harsh criticism. But the bigger issue here is the defense of liberty. So, this is why last weekend in our statement we said, we urged the government to take all measures to ensure that there is access for all voices, not only voices in support of the government but for voices that are very critical of the government. And it may sound counterintuitive to say, but government needs to protect those critical voices, and needs to ensure that the people are able to hear those voices. It will make them a better government.

And I really appreciated that when I was the spokesman, because it … one of the real messages that we were sending, that we, the State Department recognized that (we) are responsible to the people, that the people have a need to know about what we are doing to promote U.S. interests abroad and that is why we never took any steps to deny people the right to ask us questions, to deny them access to the briefing room and this is why this is such an important issue.

And I really am very much encouraged by this meeting today and I look forward to hearing the opinions around the table. And in closing, let me just say that we will continue to support the independence of media no matter where it is and the importance of access to the media to all voices, both critical and supportive. Thank you!