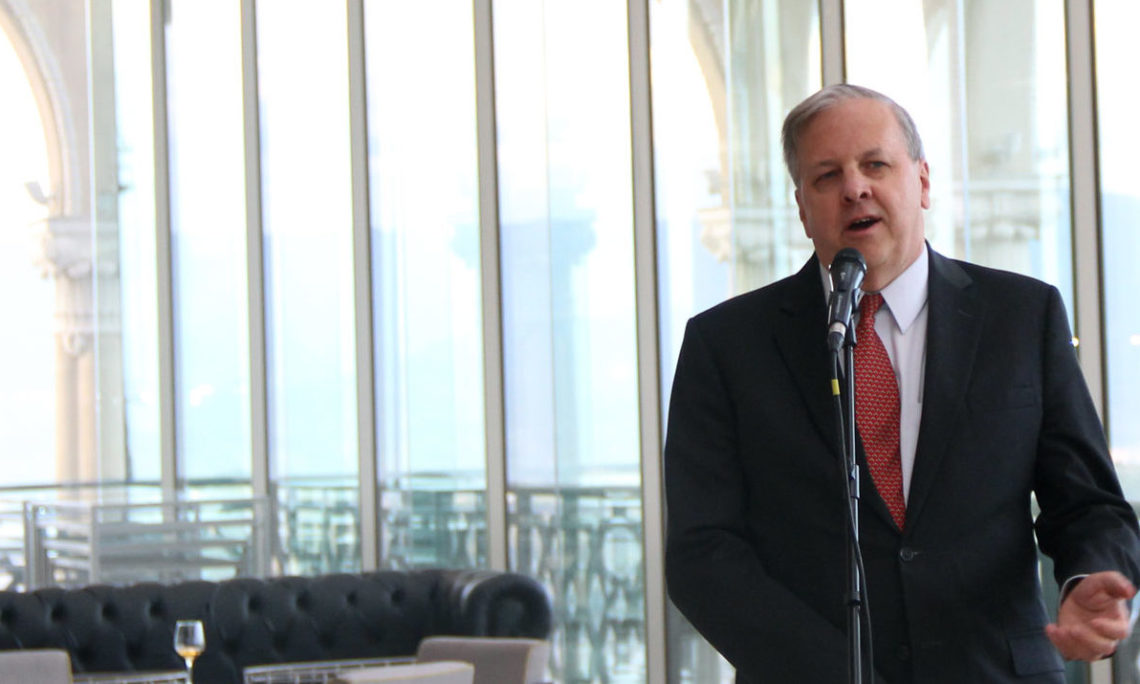 Q-n about the 20th America-Georgia Business Council Conference; prospects to increase American businessmen’s interest in Georgia for potential growth of the U.S. investments; plus the status of the Free Trade Agreement

This conference is extraordinarily well-timed. It comes on the heels of the Prime Minister’s trip to the United States where the Prime Minister emphasized the importance of expanding trade.  There is a general appreciation in the American Government to see Georgia succeed as a resilient democracy.  We need to help Georgia grow its economy.  This conference facilitates dialogue between government and business — for each side to hear the other’s respective concerns.  In terms of The Free Trade Agreement, the Prime Minister raised that issue quite often with his interlocutors and with the Trump administration.  I think the focus will be in concluding some bilateral trade agreements.  I think the Prime Minister made a very good case for a Free Trade Agreement.  It is very early days of course in the Trump Administration, but I feel pretty confident that Georgia will get a very good hearing with this administration on the need for a Free Trade Agreement.

Q-n about the main challenges for American investors to enter Georgian markets: Awareness of Georgia in the U.S.?

I think you have answered your own question.  I think the Prime Minister is very cognizant of the need to raise awareness of Georgia.  We talked about trade missions for potential American investors — one is coming here in the fall.  Your Ambassador in Washington is trying to raise awareness; getting outside of Washington to communicate how open Georgia is for doing business; and how strategically well placed Georgia is in terms of a hub for the whole region.

Q-n about appointing an Economic attaché at the Georgian Embassy in the U.S.

Ambassador Bakradze has been tasked with spreading the word about Georgia and what a great place it is to invest in.  I think he is doing a fantastic job in that regard. The best way to get more business and more investment (in Georgia) is to get businessmen together. Bringing American businessmen here and getting Georgian businessmen to the United State is the best way to do this.