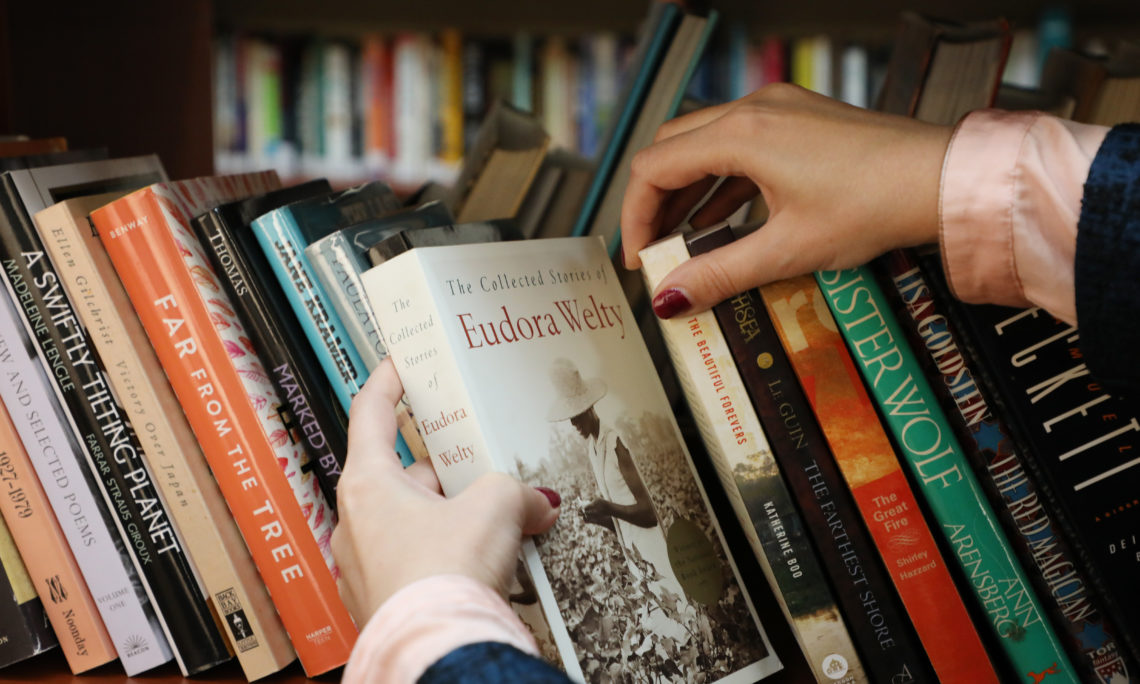 Ambassador Kelly:  We wanted to pay tribute to Georgia, we wanted to pay tribute to this library here. This is something that both Francesca and I together wanted to do, and of course we know its March, it is Women’s History Month, so we wanted to highlight that through this collection of the best women authors in the postwar period, highlight just how important women are to American society, and we hope to – with this collection – to enrich Georgian readers as well.

Ambassador Kelly:  I think that the important thing when you are talking about a pledge of all sides not to use force is trust, and unfortunately the behavior of the authorities in Tskhinvali has been really atrocious.  They held the body of this Georgian man for weeks, keeping him away from his family.  That kind of action does not contribute to trust. Certainly, I hope there is progress in the Geneva rounds and I hope that there is a text that everybody can agree to, but let’s not forget that what the South Ossetian authority did was really atrocious and did not contribute to the peaceful resolution of conflict and did not contribute to trust among all the participants.

Q-n about Russia’s role in the discussions

Ambassador Kelly:  You know that we do not recognize the occupation of Russia or Russia’s recognition of South Ossetia and Abkhazia as independent states.  Therefore, under international law, Russia is an occupying power on Georgian territory, so Russia has a very important role to play.  They clearly have a lot of military power in those areas and we would expect them to play a positive role in trying to reduce the terrible tensions that come from occupation and the redrawing of borders, so we do see Russia as a real player in this whole situation.

Ambassador Kelly:  You know we have an expression in diplomacy – “nothing is agreed until everything is agreed.”  And until all the different parties feel comfortable with the text, there is no agreement.  So yes, we have seen several texts but we will see what happens in Geneva.  As far as I know there is not an agreed text right now.

Q-n: what will be your recommendation to Georgian government, to agree or not?

Ambassador Kelly:  Well, it depends on what the agreement says.  If the agreement contributes to progress in lowering tensions and opening up the very artificial borders that have been drawn by Russia, and if it contributes something to the resolution of the conflict, and contributes in some way to more trust and a lessening of tension, then yes.  But I am not sure that it does right now.  We will work really hard together with the other participants in Geneva to try and get an agreement among all parties.  It is in everybody’s interests that there be a nonuse of force pledge.

Q-n about an attack on Rustavi 2’s journalists

Ambassador Kelly:  Obviously it was a legal issue.  Nobody should be attacked for something that they said.  It is simply unacceptable in a democratic society that anyone use the threat of violence or violence against somebody who is exercising his right to freedom of speech.  This is particularly true for members of the media who, I think, deserve even more protection given the very critical role they play in freedom of the press.  I hope that there is accountability for those who attacked him and[it is important to] let the law enforcement process and the judicial process take place.