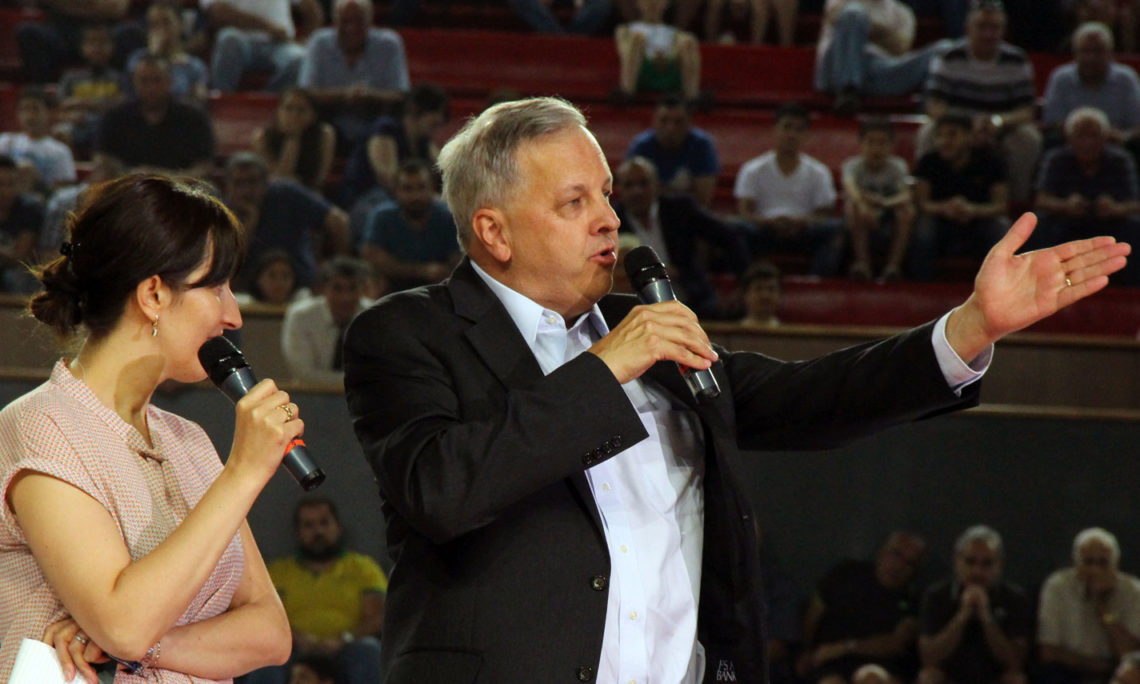 Q-n: Can you talk about what a special moment this is for Zaza to bring the trophy here?

Ambassador Kelly:  It is a huge moment not only for Zaza, but it is a huge moment for Georgia. Georgia has been following his career and he is such an important symbol of accomplishment, of U.S.-Georgian partnership. He is a national hero, especially today.

Q-n: Being in the U.S. and being so dedicated to Georgia, can you talk about what that means for him?

Ambassador Kelly:  It is not just that he is a star, but he has done a lot for Georgia, especially for Georgian youth.  He has participated in basketball camps. So, he does much more for his country besides just being face.

Q-n: When he dedicated the trophy to Georgia, can you talk about that?

Ambassador Kelly:  Well, Georgia, of course, is a small country, is really under siege, under occupation by Russia.  It has made a lot of investment into its relationship with United States and vice versa, and I think that is why this is so important to Georgia to see a Georgian reach the world stage and become a champion.

Q-n: can you talk about Zaza as a person, what is he like?

Ambassador Kelly:  Well, he is very accessible.  He is all over Facebook, all over Twitter.  Georgians love him.  He comes here every summer.  And, he is just a great symbol of dedication and commitment, and accomplishment.

Q-n: He is participating in this rally for Georgia and then received the Order of Honor; how special is that?

Ambassador Kelly:  Well, it is the highest honor and it is an indication of just how much the Georgian people love him and recognize what tremendous contributions he has made to his country, and what honor he has brought to the Georgian people.