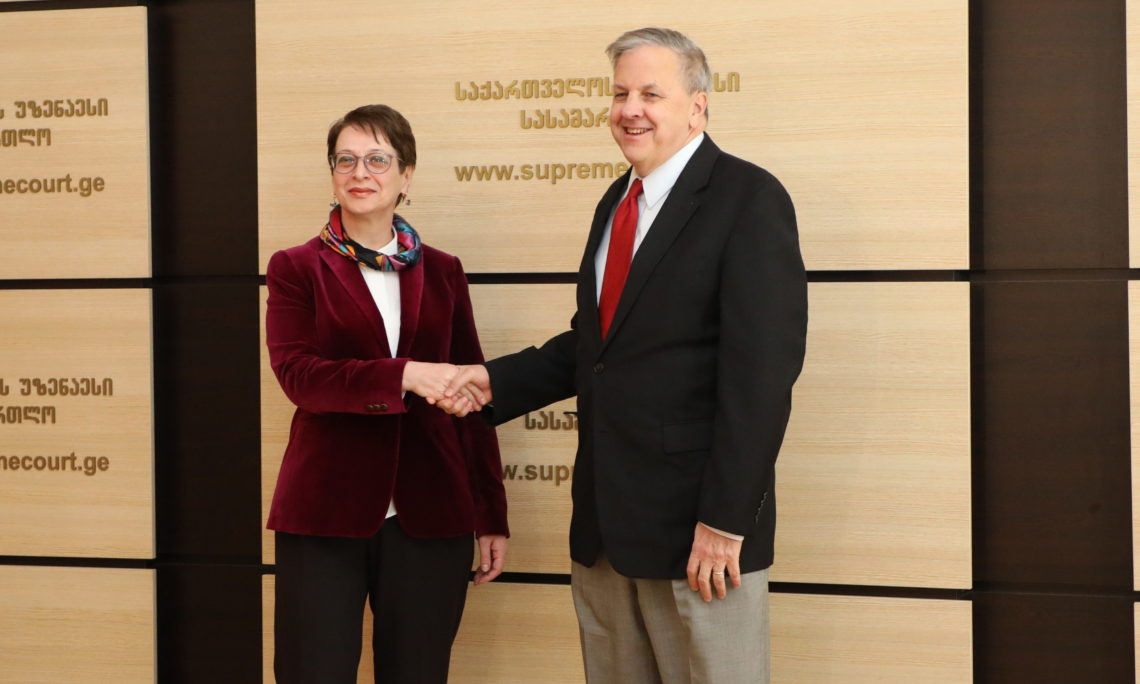 Ambassador Kelly: Well, I just had a very productive meeting with the chairwoman of the Supreme Court here to discuss issues related to the judiciary and the rule of law.  As you all know, we think that one of the most important pillars of a democracy is an independent judiciary and I just want to say that we believe that in order to achieve these shared goals that we have of creating an independent judiciary, the judiciary in Georgia needs strong leadership.  I just want to say that we very much support the chairwoman and her leadership role.

Ambassador Kelly: We discussed some of the meetings that she has had that have been very open to public and she said that she has no, at this point, no intentions to resign.  So, again, we support her and it’s very important that she be able to exercise her leadership.

Q-n about the special operation in progress, if the rights of civilians protected

Ambassador Kelly: I think our first concern here in any operation like this would be the safety of the residents of the area and we’re following the situation very closely and we understand that measures have been taken to guarantee the safety of the people in the region and we’re seeking further information about it.  But, again, I agree that the most important thing here is the safety of Tbilisi residents.