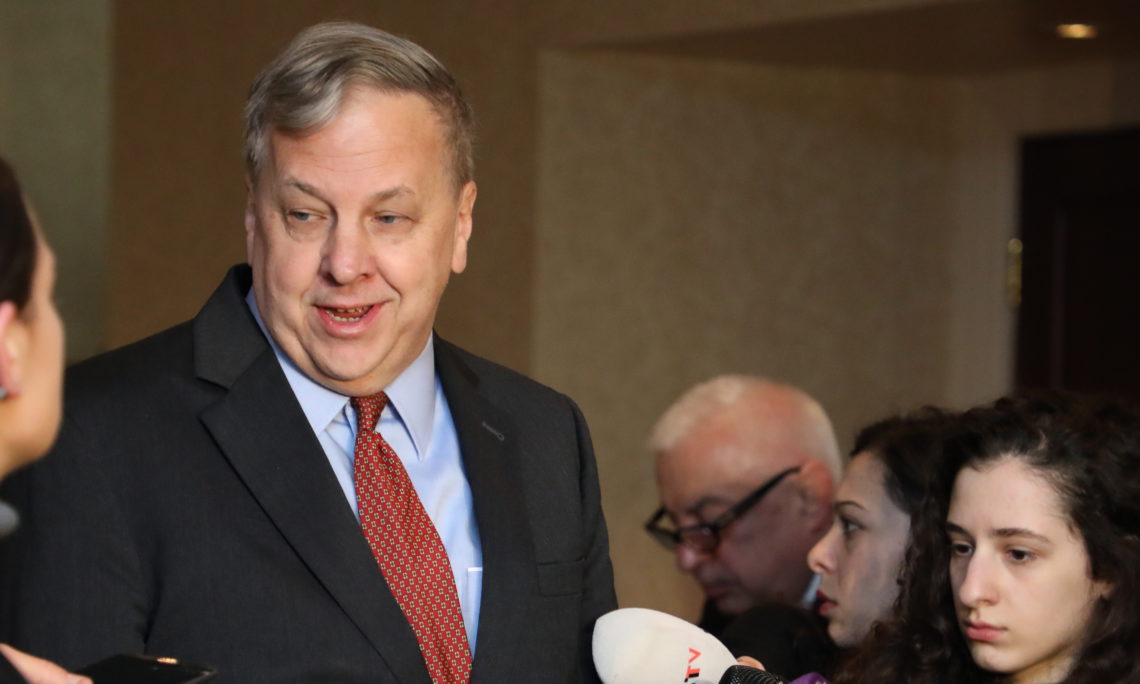 Ambassador Kelly:  First of all, I’m very pleased to participate in this event with its sponsor Transparency International.  I’m very appreciative to Transparency International for their analysis of this very important issue, and the United States wants Georgia to be a strong and resilient democratic state. Of course a very important component of that is parliamentary oversight, particularly the oversight of the executive, and in every country the executive has tremendous power and it’s very important to have checks against that power, and that Parliament provides a balance to the power of the executive.  We are putting our resources behind that that are going to help Georgia develop these kinds of capacities.

Ambassador Kelly:  Well, of course we’re following this very closely.  It’s very important that due process be strictly observed.  This is for any citizen, not only the former president of Georgia.  In terms of how this affects the political process here in Georgia, I’ve said many times, our priority is for Georgia to grow into a strong, resilient, and stable state, and I think that Georgia really should focus its energies on that goal and really ensure a stable and prosperous future for its people.  Having said that, Georgia is a sovereign country and has to make its own decisions, and I’m happy to share my ideas, but this is obviously is a sovereign decision for Georgia.  Thank you.

Q-n about the prospects of Georgia’s membership in NATO, and the effects of Article 5 suspension

Ambassador Kelly: We very much appreciate the report of the Heritage Foundation, and of course the report was very supportive of Georgia’s membership in NATO, and I think that’s the key take away from it.  It laid out in very clear terms why it’s in the U.S. National interest, and why it’s in the interest of Europe, that Georgia become a member of NATO.  I think it also made some recommendations, and these recommendations were really designed to make people think about what sort of pragmatic steps are necessary to gain consensus.  Of course, all members of NATO need to consent in bringing in a new member.  The real bedrock of our policy towards Georgia’s membership is the territorial integrity of Georgia, and we recognize Georgia only within its international borders, but we also, I think, appreciate that Mr. Coffey stimulated the discussion.  But again, let me just emphasize that we support Georgia and its present borders.  There’s no need right now to get ahead of ourselves, and to suggest that Georgia should be taken in, in any way except with its internationally recognized border.  But again, we appreciate the discussion that Mr. Coffey stimulated.  Thank you.