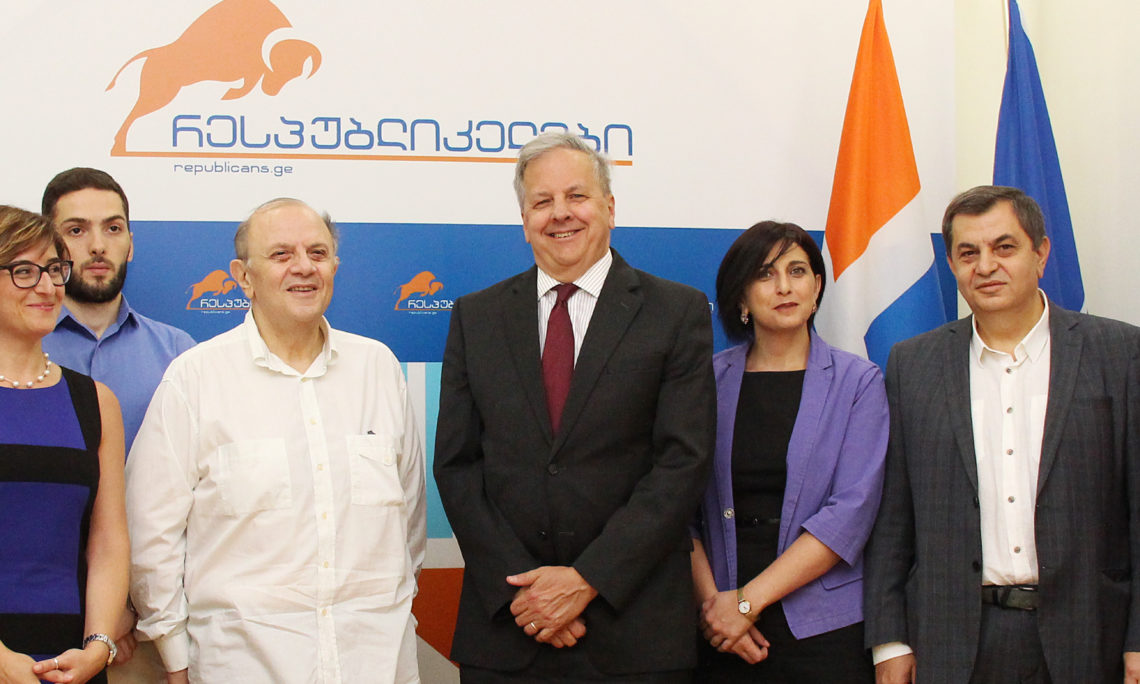 I believe that a strong and engaged opposition is absolutely essential to any democracy and that is why I wanted to pay a visit to a party that is one of the oldest political parties in Georgia, and to get their point of view on the development of Georgian democracy.  And, I told representatives of the Republican Party that I believe that a strong opposition is vital to provide checks and balances, which is the very foundation of a democracy.

I think the Georgian people have decided that what they want is the parliamentary system, and in order for a parliamentary system to succeed you need a very pluralistic, multiparty representation in parliament and I would really encourage the parties that are working for a better future for Georgia to participate in the political process and that is exactly what we talked about today with the leaders of the Republican Party, about their plans for participating in the local elections.

Q-n about the wildfire in Borjomi and U.S. assistance

Follow-on regarding types of assistance available

I want to allow them a chance to see the various options and then we can talk about specifics.