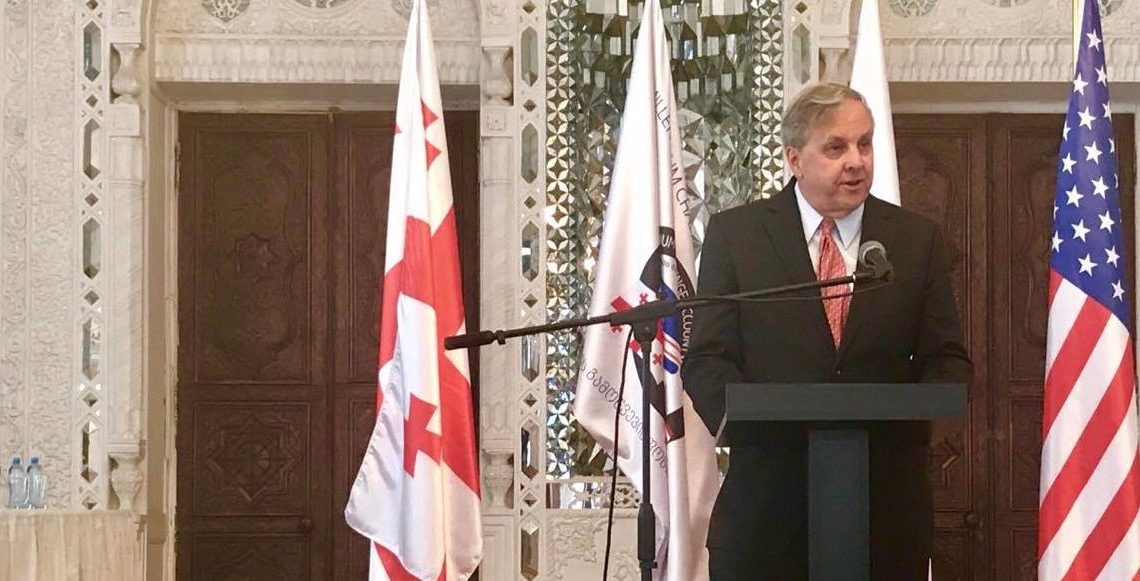 Ambassador Kelly:  I think you know that the United States is making large investments in Georgia, helping Georgia become a 21st century democratic, free market economy.  The biggest investment we made is in the education sector, because we recognize that in order for Georgia to be able to create jobs, it needs to have a workforce that is ready for a 21st century economy.  So, today we, the embassy, are celebrating and the embassy is granting six full scholarships to students based on financial need. This is, again, another part of the investment we are making in Georgia.

Ambassador Kelly:  Well, I think most of you saw the statement of the State Department over the weekend where we called on Azerbaijan to release Mr. Mukhtarli and all those who are trying to exercise their right to freedom of expression.  And, in that same statement we urge Georgia to conduct a full investigation into the circumstances of Mr. Mukhtarli’s disappearance from Georgia.  We are in close contact with the government and we know that they really appreciate how serious these allegations are, and we hope and expect to get the results of the investigation soon.  We have also received requests to meet with civil society, including a group of journalists who are concerned about the implications for the safety and freedom of the journalists that these allegations represent.  So I look forward to hear from them tomorrow.

Ambassador Kelly:  First of all, we are deeply grateful to Georgia for all of its contributions across the years to stand with us in places like Iraq and Afghanistan.  On this specific issue though, I must say I haven’t heard anything from the Georgian government that they are planning to reduce their Afghanistan contingent.  I can’t speak for the peace keeping contingent through the European Union.  There is a peace keeping contingent in Africa, too, but as far as Afghanistan is concerned we haven’t heard anything about a reduction.

Follow up question about the U.S. reaction to a possible reduction