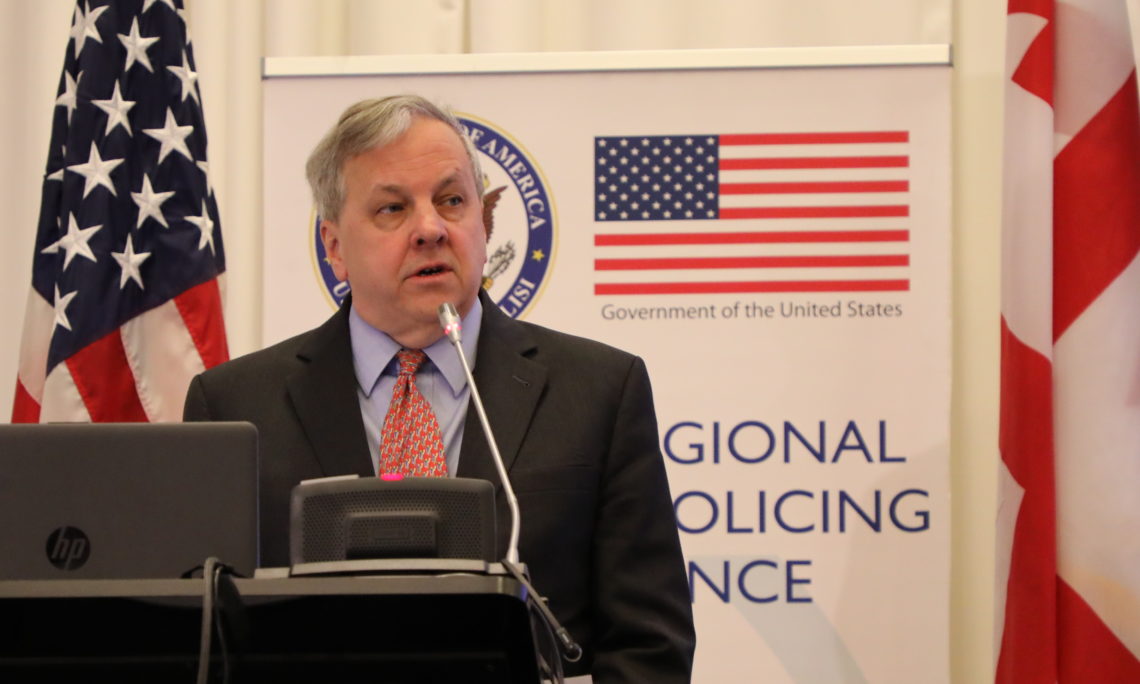 Ambassador Kelly:  I am very happy to have participated in the opening of this conference.  This is the third conference that I have participated in.  This is a great way, I think, for Georgia to showcase itself as a platform for regional projects, and it is also a great way for Georgia to showcase its inclusiveness, its openness to the participation of women, and promoting peace and security.  And, this is a real win-win for both the United States and for Georgia.

Ambassador Kelly:  Well, first of all, I think we are very supportive of the Prime Minister’s efforts and the efforts of his government to bring closure to the family of Mr. Tatunashvili and to the Georgian people, and of course accountability for what happened in this tragedy.  This is something obviously that the United States is very interested in, we have followed it very closely, we are in touch with Moscow and we call on both Moscow and Tskhinvali to immediately release the two detainees, and to return the body and to have complete accountability in this tragic incident.