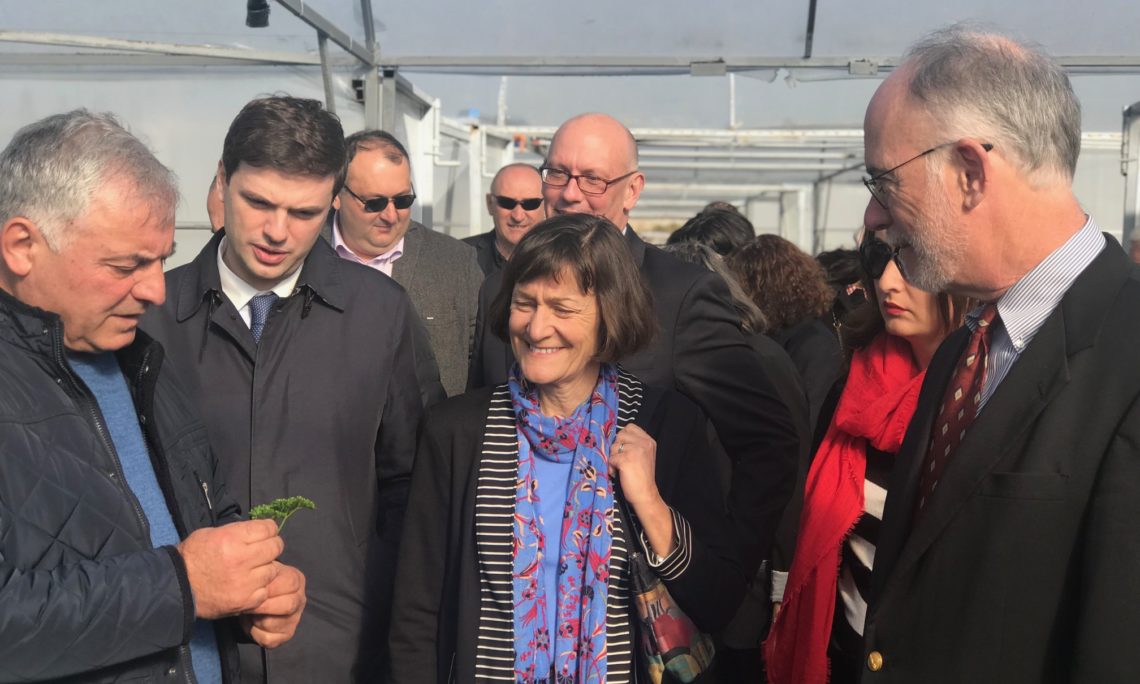 U.S. Chargé d’Affaires, Ambassador Wilson:  Let me say first how delighted I am to be here in Kutaisi.  I had the opportunity to come here several years ago and it is terrific that I am here again less than two weeks after I arrived in the country.  My purpose in coming here was to announce a new U.S. Government assistance program to Georgia in the field of agriculture and development of the rural economy, a five-year program that our Agency for International Development is initiating here and will be working through over the coming years.  The core of this new program is a plan to try to work with the partners in Georgia in the rural economy that we have helped to develop over the last five years – and more the success stories – and to work with them to develop the next generation of success stories in the emerging and increasingly  strong  agricultural market of this country.  This meeting was to formally launch the program and for me to hear directly from some of the success stories about their experience, about what has worked, about what they see as issues, what holds them back; all things that will help us as we find ways to assist this country.

U.S. Chargé d’Affaires, Ambassador Wilson:  I am not familiar with remarks you were referring to.  I have been obviously on the road today and was somewhat out of touch yesterday.  Obviously, issues of anti-semitism are important to the United  States.  Anti-Semitic language, anti-Semitic actions are not helpful in any country, I will just leave it at that.

U.S. Chargé d’Affaires, Ambassador Wilson:  I have come here at a very interesting time in Georgia’s recent political history.  Clearly, there is a lot of tension relating to the race—that is somewhat normal for any democracy.  It is very interesting to watch and see.  I have had good meetings with a wide range of officials in the Government.  I will be meeting with civil society organizations in the coming days.  I met on Friday with the two candidates.  So, there is a lot going on.  I certainly understand any election is a dramatic period; it invokes lots of rhetoric, it is important to exercise some restraint I think on all the sides, and that is the message I have conveyed in a variety of meetings that I have had.  Georgia will continue to be, certainly, should continue to be an open democratic society.  Tolerance and respect for others of different political persuasions will continue to be important the day after the election and next year and the year after that.