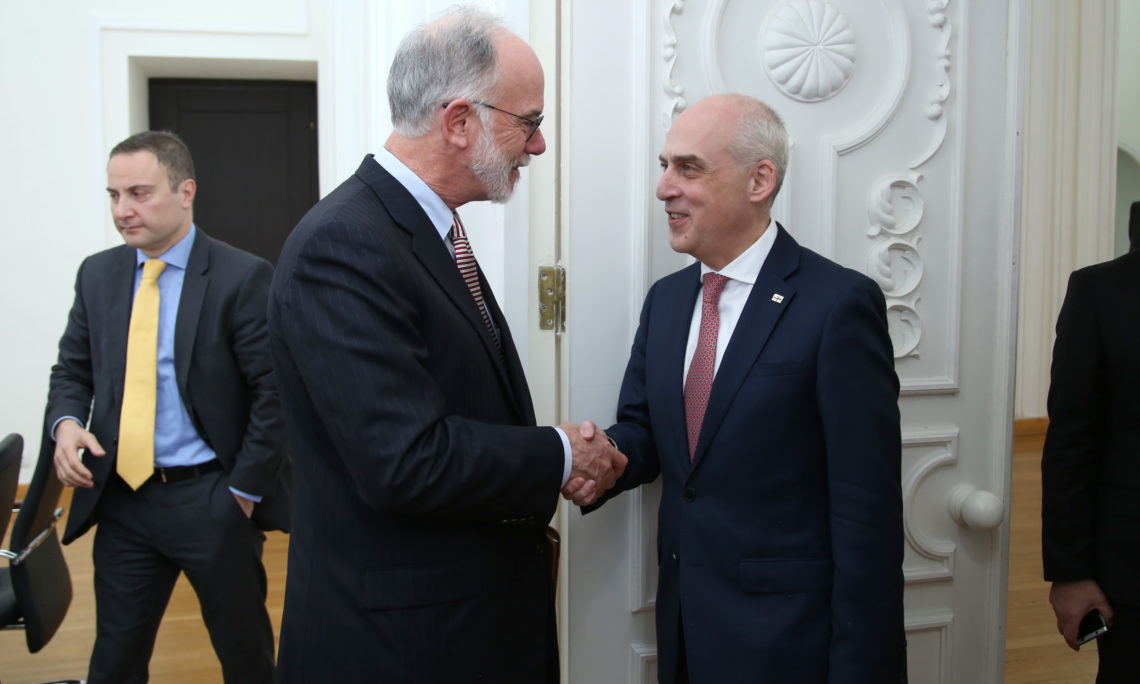 Ambassador Ross Wilson, Chargé d’Affaires, ad interim:  Good afternoon!  I want to begin by thanking the Foreign Minister for making himself available to me on my very first day in Georgia.  We had, I think, an excellent conversation that familiarized me, or refamiliarized me, with Georgia’s perspective on a range of issues that are important to the United States.  I am delighted to be back in this country; I have been in and out of Georgia for nearly 40 years.  I have seen, and see again now, just during the course of yesterday and today, tremendous positive achievements that this country has made in consolidating its independence, its sovereignty, its success as an important and stable country in the South Caucasus.  I should also say how honored I am to have been asked by Secretary Pompeo and his team in Washington to come here, to serve as the leader of America’s mission in this country, to provide Ambassadorial level representation at a time that is important for U.S. interests, it is important in U.S.-Georgia relations, it is important for the future of this country.  My appointment here reflects the immense priority and commitment that the United States attaches to our relationship with Georgia and its success.  I should note that our Embassy and its leadership under Elizabeth Rood have done an outstanding job here.  I think my role will be to try to add to that, to further U.S.-Georgian relations, to further America’s interests, to help this country to address some of its problems, many of which I discussed with the Minister.  My country will continue to do everything it can to support Georgia’s independence, Georgia’s sovereignty, and in particular to support its territorial integrity.  Thank you very much.