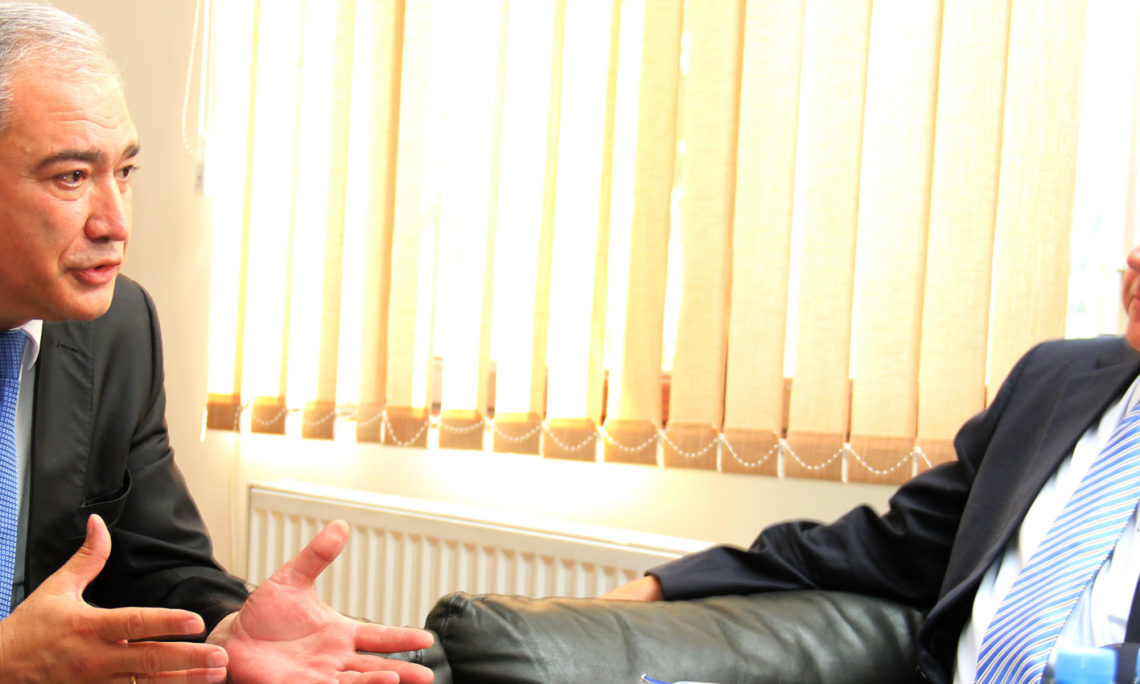 Question:  What was the aim of today’s visit, and how would you assess the meeting with the representatives of the local communities?

AMB:  Well, first of all, I apologize to Gamgebeli and the Chairman of the Sakrebulo for taking so long to come down here.  I’ve wanted to come down here for a long time because we recognize the importance of this region, and the proof of that is in the investments that we have made here – USAID.  And we’ve also given some grants to local media as well, because we recognize the importance of the success of this region, particularly given that the three major ethnic communities of the southern Caucasus come together in this region.

Question:  The question is about the congress resolution that will be voted on tomorrow.  The resolution is about more sanctions on Russia, North Korea, and also the context of Georgia is mentioned in this resolution.  And how would you assess this?

AMB:  Well, first of all it’s not a law yet.  It needs to be voted on, and then it needs to be signed by the President.  But I think it’s an indication of the mood in the United States now, especially about interference from outside countries in our democratic processes.  And the goal of this legislation is to impose costs on countries that would violate the sovereignty of the United States.  In the case of all three countries, I think that on an ongoing basis, I think they threaten their neighbors and support groups that are hostile to the United States.  And, in order to prevent such activities in the future, it’s important to impose costs, so that’s the goal of the legislation.  We have been in close touch with the Georgian government to ensure that the sanctions do not harm our partners, like Georgia.  In fact, the whole point of the legislation is to help countries defend themselves against hostile neighbors.

Question:  It’s about the upcoming visit of the Vice President of the U.S., and what are the plans, and how would you assess this?

AMB: Well, we’re still working out the details of the program, but the overall goal of the visit is to signal our very strong support for Georgia’s sovereignty and territorial integrity.  The fact that our biggest bilateral exercise, Noble Partner, takes place in the same timeframe, I think, is significant. And he wants to follow up on the visit of the Prime Minister last May to pursue some of the discussions that they had at the White House.