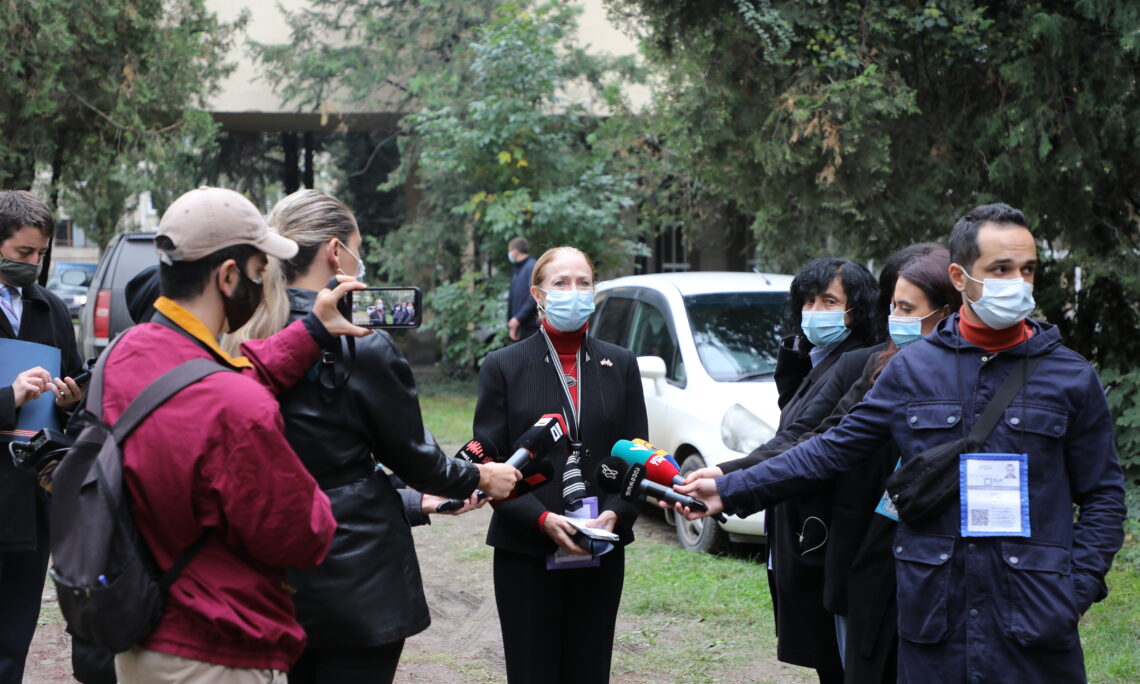 Question about general assessment of the election process

Ambassador Kelly C. Degnan: I’m here in Gldani as an election observer. This is one of several precincts that I’ve been able to come and observe during the course of the day. I’m happy to say that the ones that I’ve been to see have been calm.  They’ve been organized.  People seem to be prepared for COVID precautions, and I think that we should thank the people who are participating at every level, but especially at the local level to make sure that people can come and cast their votes in a calm environment.  It is very very important. I think these elections are a chance, at so many levels, for individual citizens to make their voices heard, to hold their leaders accountable, and to make sure that their political leaders understand what is important to them: what they care about, whether its roads or jobs or water or school, but that’s what elections are about: holding your leaders accountable and making sure they’re working for you.  The citizens of Georgia make this country stronger and a better place to live, to do business, and raise your families. This election is also an opportunity to see whether some of the recent election reforms that the legislature adopted are being implemented and also to see if they’re improving the electoral process. The whole point of the reforms was to make this process more transparent, more accountable. I think we’ll see tonight with the counting of the ballots and the use of cameras and some of the other technological improvements that were introduced, whether those are used properly so that they do accomplish the job of being able to show people what the choice was of party and candidate on each ballot, and just, in general, to have a smoother counting process than voters saw last October. Every election is an opportunity to learn. That is the point of what civil society organizations report, like Transparency International, ISFED, IFES, GYLA: they’re providing information that will make the next election better. They point out where things didn’t work as well as they need to. It’s really important information for the public and also for the legislators so that they know how to improve each election. Georgian voters need to see improvements with each election and I think in the pre-election period we saw a lot of problems and violations. We’re looking at a whole period, the pre-election, today, and the post-election period. That’s what election observers are really focused on. So, again, I’m very pleased that it has been a calm day so far and people have, I think, come out in relatively high numbers from what we’re seeing to cast their votes calmly, safely and have their voices be heard.
Thank you!