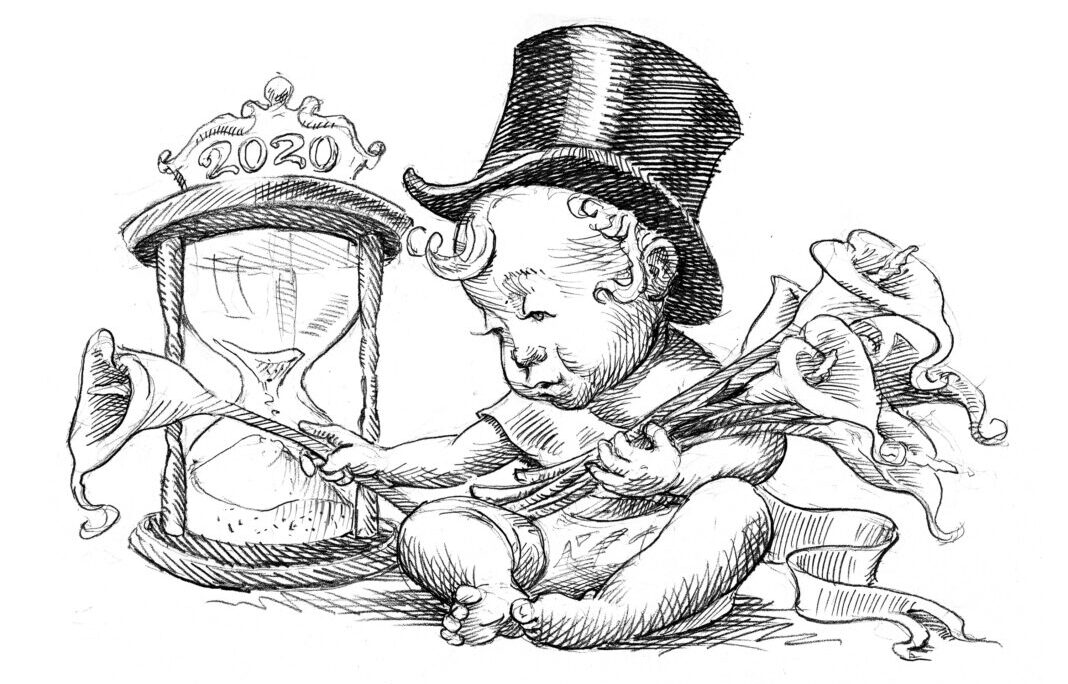 In recent days, many thousands of American families have faced holidays without loved ones who succumbed to COVID-19. Also in 2020 many notable Americans died — whether of COVID or another cause — who left an imprint on the world.

David Dinkins — the first African-American mayor of New York City, who died at 93 — had reshaped the U.S. political landscape. Actors Kirk Douglas (age 103) and Olivia de Havilland (104), two of the last surviving film stars from Hollywood’s Golden Age, brought romance and drama to movie screens around the globe. Country music legend Charley Pride (86), the first African American to achieve stardom in his chosen genre, and country/folk singer and songwriter John Prine (73), known for his wry lyrics about life and love, were among those lost to COVID-19. And the death of soul singer Bill Withers (81) was especially poignant as Americans had been posting online their own versions of his song Lean on Me in support of health care workers affected by the pandemic.

Here are 11 other Americans who died in 2020, all of whom led extraordinary lives.

Civil-rights icon John Lewis helped organize the 1963 March on Washington, and in 1965, he led marchers across Alabama’s Edmund Pettus Bridge in support of voting rights for African Americans. At the end of the bridge, he was attacked by state troopers, whose violence shocked the nation and hastened the passage of the 1965 Voting Rights Act. Serving as a U.S. congressman from Georgia from 1987 to 2020, Lewis was revered as the “conscience of the Congress.” He died July 17 at age 80.

Supreme Court Justice Ruth Bader Ginsburg, an advocate for gender equality and women’s rights, was the second woman and the first Jewish woman to serve on the Court. After graduating at the top of her class from Columbia Law School, she ultimately became a leader of the Supreme Court’s liberal wing during her 1993-2020 tenure by authoring passionate dissents in numerous cases. In popular culture, she became known as the “Notorious R.B.G.” (a play on a rapper’s nickname), which she embraced. She died September 18 at age 87.

Guitarist Eddie Van Halen co-founded (with brother Alex) the band Van Halen, one of the most successful acts in rock-music history. At age seven, he emigrated with his family from the Netherlands to southern California, taking up the piano before mastering the guitar. A 2007 Rock & Roll Hall of Fame inductee, he combined a joyful stage presence with a technical virtuosity that made him the most influential guitarist of his generation. He was named the best rock guitarist of all time by Guitar World magazine in 2012. He died October 6 at age 65.

Molecular biologist Flossie Wong-Staal was the first scientist to clone HIV and determine the function of its genes, a major step in proving that HIV causes AIDS. She also completed genetic mapping of the virus, which led to the development of HIV tests. Born in China, she was raised in Hong Kong and left at 18 to attend the University of California, Los Angeles, where she earned degrees in bacteriology and molecular biology. Her work, which was instrumental in introducing new treatments for HIV/AIDS patients, is now being used in the fight against COVID-19. She died July 8 at age 73.

Actor Chadwick Boseman starred in the groundbreaking superhero movie Black Panther, which smashed box-office records worldwide in 2018. He brought strength and dignity to Black Panther as T’Challa, ruler of a fictional country in Africa. Marvel Studios will release a Black Panther sequel in 2022, but in tribute to Boseman, his role will not be recast. He previously played barrier-breaking icons such as baseball player Jackie Robinson in 42 and Supreme Court Justice Thurgood Marshall in Marshall. He died August 28 at age 43.

Test pilot Chuck Yeager became in 1947 the first pilot confirmed to have exceeded the speed of sound in level flight. Prior to breaking the sound barrier, he was a U.S. Army flying ace during World War II, at one point shooting down five enemy aircraft during a single mission. He later set several flight speed and altitude records, and his exploits paved the way for space exploration. Retiring from the military as a brigadier general, he was immortalized in Tom Wolfe’s book The Right Stuff and in a movie of the same name. He died December 7 at age 97.

Computer scientist Frances Allen, one of the few women in her field during the computer industry’s early years, performed pioneering research that laid the groundwork for today’s efficient, lightning-fast apps and other software for computers, smartphones and websites. For decades, she published landmark papers on compiler technology, the software that translates programs written by people into machine-language “code” that computers understand. In 2006, she became the first woman to win the A.M. Turing Award, known as the Nobel Prize of computing. She died August 4 at age 88.

Author and illustrator Tomie dePaola, whose children’s books entertained several generations of readers, wrote or illustrated more than 270 books. Among them were his “Strega Nona” series, whose main character is a kindhearted “grandma witch” in Calabria, Italy, who uses her magic to help local townspeople. The first book in the series won a Caldecott Honor Medal in 1976 and was voted one of the “Top 100 Picture Books” of all time in a 2012 poll sponsored by School Library Journal. A recipient of many honors for his contributions to children’s literature, dePaola died March 30 at age 85.

Lawyer, investment banker and economist James Wolfensohn became known as a champion of the world’s poor, focusing on poverty alleviation during his 1995–2005 tenure as president of the World Bank. He also highlighted the problem of corruption in the area of development financing and carried out several other reforms at the Bank. Years earlier, the Australian-born Wolfensohn helped bring Chrysler Corporation back from the brink of bankruptcy, and he improved the finances of major U.S. cultural institutions, including the Kennedy Center and Carnegie Hall. He died November 25 at age 86.

Rock ‘n’ roll pioneer Little Richard, who drew heavily on the sacred (gospel music) and the profane (blues) to forge a distinctive rock style in the 1950s, was one of the first crossover Black artists whose music attracted fans of all races. Born Richard Penniman, he brought an uninhibited, manic energy to his performances and played a role in the formation of the genres of soul and funk. He influenced countless other artists, including James Brown and Prince, and was inducted into the Rock & Roll Hall of Fame in 1986. He died May 9 at age 87.

Conceptual artist Christo (full name: Christo Vladimirov Javacheff), born in Bulgaria, became famous for his massive, ephemeral public installations around the world. The artist, who used only his first name, spent decades wrapping iconic monuments and landscapes in billowing fabric — including Paris’s Pont Neuf and the islands in Miami’s Biscayne Bay. While Christo’s projects often sparked hostility in the art world, his work was popular, and he ensured that his (mostly self-funded) installations were free to the public. He died May 31 at age 84.