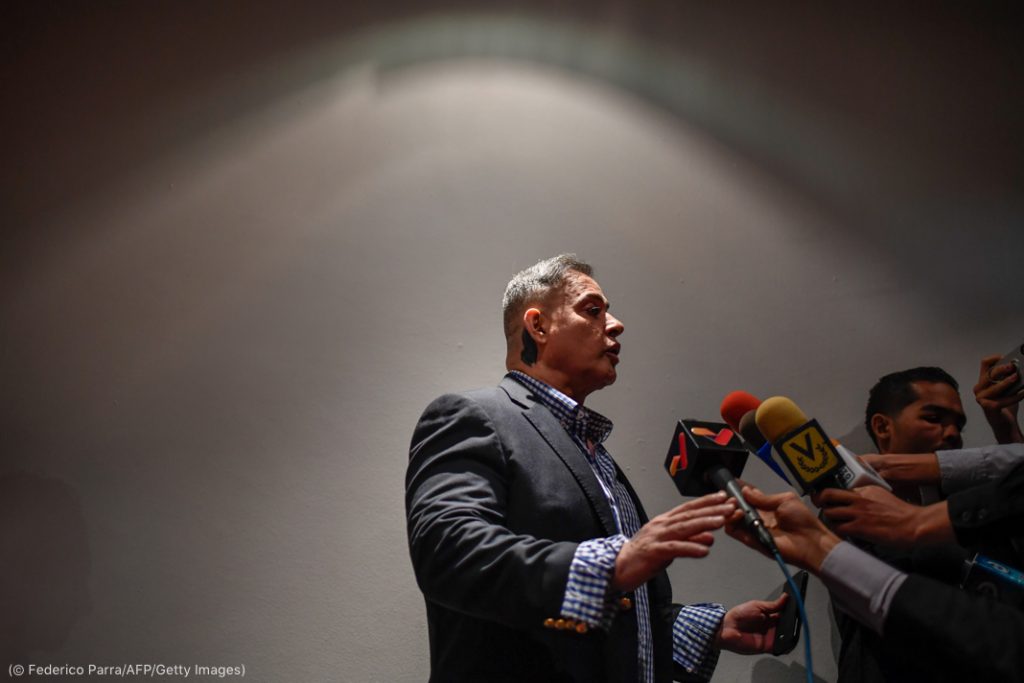 Ahead of the unconstitutional and fraudulent December 6 parliamentary elections in Venezuela, the illegitimate regime of Nicolás Maduro is cracking down on journalists.

However, Venezuela has fallen 31 places since 2014 in the World Press Freedom Index — ranking 147 out of 180 countries — thanks to Maduro’s attacks on journalists and their publications.

“Elections cannot be free/fair under such a regime,” said the U.S. Department of State’s Michael Kozak. “The world must hold Maduro accountable.”

The illegitimate Maduro regime forcibly disappeared Roland Carreño, a journalist and opposition party activist. According to media reports, neighbors were the last to see Carreño in person on the morning of October 26. They watched as unmarked vehicles approached the journalist and forced him inside.

Carreño was detained for 48 hours before the regime announced he was imprisoned.

Tarek Saab, the regime’s chief prosecutor, said that Carreño was detained for “participation in conspirative plans against the democratic peace,” according to media reports. Saab has been sanctioned by many governments, including the United States and members of the European Union, for undermining democracy.

Six days before Carreño’s disappearance, Maduro’s intelligence service, SEBIN, raided the headquarters of independent newspaper Correo del Caroní in Puerto Ordaz. According to the Committee to Protect Journalists, SEBIN confiscated a computer and documents and barred the newspaper’s lawyer from entering the premises.

The judge’s order authorizing the raid did not allege any crimes on the part of the newspaper.

After the raid, SEBIN took journalist María Ramírez Cabello and administrative employee Susana Reyes into custody, reports the CPJ. SEBIN detained and questioned them for six hours without a lawyer present before releasing them.

SEBIN later returned the confiscated documents but not the computer.

On October 12, SEBIN raided the home of David Natera Febres, the founder and director of Correo del Caroní. SEBIN took Natera Febres, who is 80 and suffers from health problems, and detained and interrogated him for over four hours about the newspaper’s alleged connection to his son, a member of Guaidó’s interim government. Natera Febres was also not allowed to have a lawyer present.

Natera Febres was released later that night without charges.

National Assembly member María Concepción Mulino says these illegal actions are part of over 700 documented cases of attacks against journalists and their publications since the start of the year. As of November 18, there were 365 political prisoners who remained jailed.

“With less than two months to go until the fraudulent parliamentary elections rejected by the international community, the usurper is not satisfied with the [lack] of legitimate electoral conditions,” Concepción Mulino said, “but also intensifies the attack on the media … [to hide] the chaos [and] the corruption in which this tyranny has plunged Venezuela.”