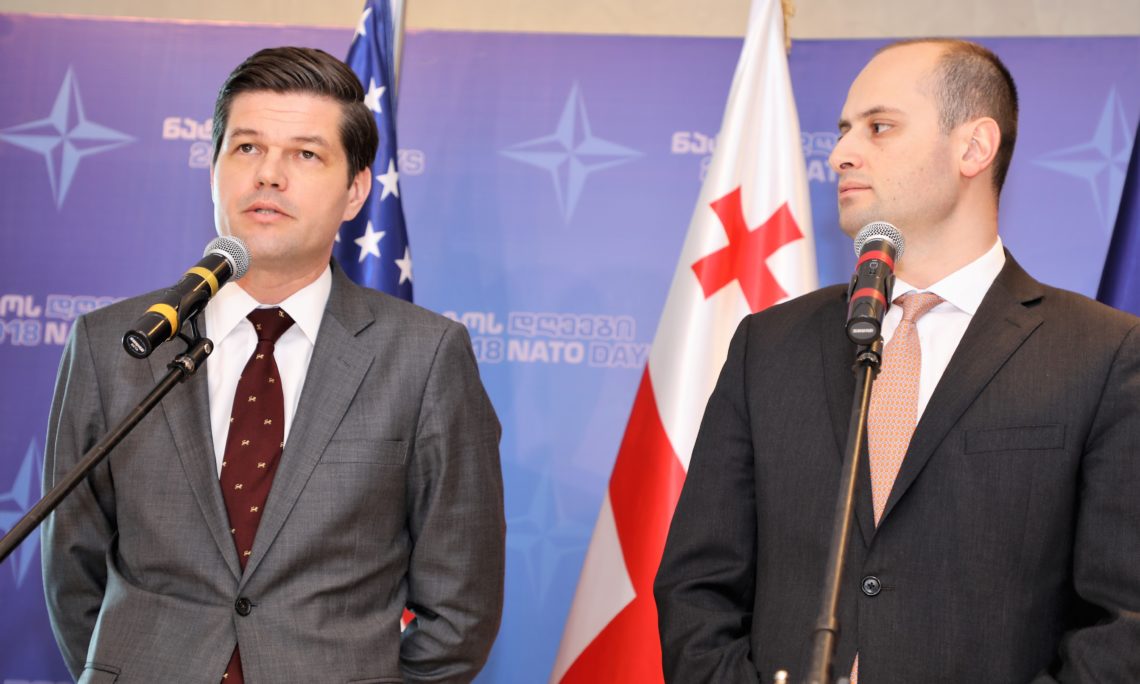 Thank you, Foreign Minister Janelidze, for those kind words.  I’m very happy to be in Tbilisi.  It was important to me to come to Georgia on the sidelines of the NATO Ministerial to send a very clear and direct message that the United States supports Georgia, supports Georgia in its NATO aspirations and its continuing path of reform and truly remarkable economic progress that the country has made.  We’re coming up on the 100th anniversary of Georgian independence and 10th anniversary of the Georgia war.  And I think this is an important moment for reflection and to underscore our commitment to Georgia in its path to the West.

The Foreign Minister and I spoke at length about U.S.-Georgian security cooperation, we talked about the enormous contribution and sacrifice that Georgia has made in support of operations in Iraq and Afghanistan.  And I thanked him on behalf of the United States for the Georgian people’s commitment and sacrifice in those areas.  We also talked about the upcoming NATO Summit and the deliberations that are underway for strengthening NATO partnership with Georgia at that summit.  I will tell you at the Ministerial there was a consensus among NATO allies that Georgia has made enormous progress in reform and in preparing itself for NATO membership.  There was also complete clarity in that Ministerial, and I repeated that here today, that we reject Russian aggression, and Russian occupation of South Ossetia and Abkhazia.  We see these territories as part of Georgia.