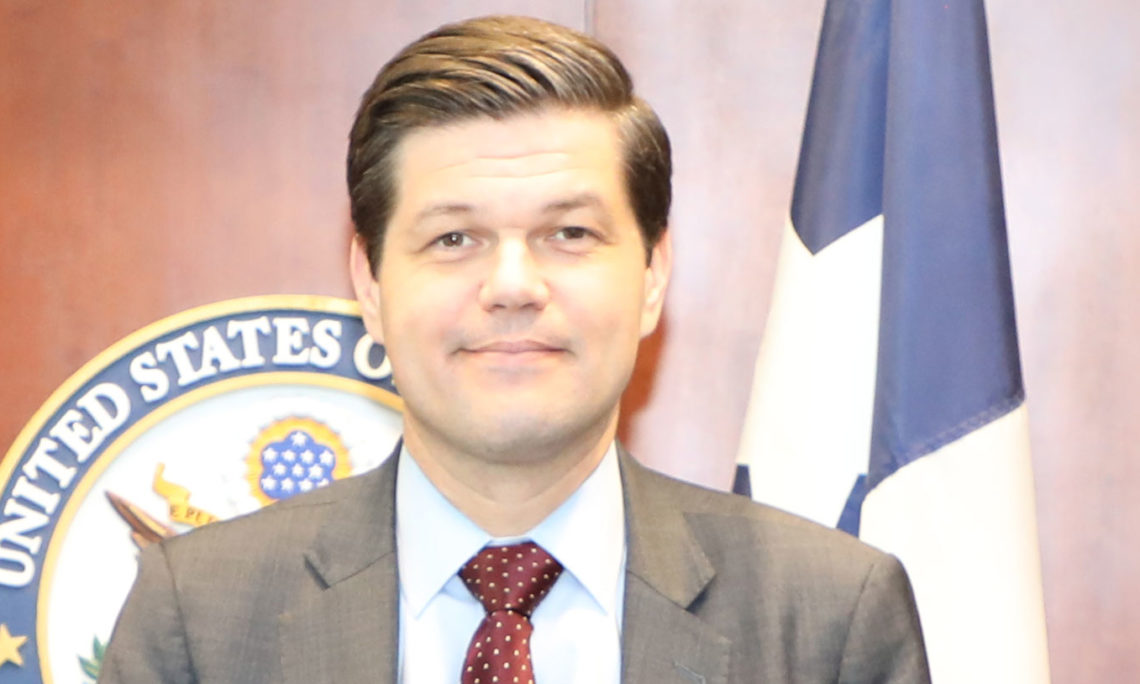 In many ways, the topic of Georgia and the West is much broader and much easier because I would say, as I had said in April and I will continue to say, that Georgia will be in NATO.  But Georgia is in the West.  And Georgia has been in the West for the better part of 2,500 years.  It’s a choice that Georgian people continue to make on a regular basis when they go to ballot boxes, and it’s a choice that they make on their path towards the EU and towards NATO.

I’m reminded of several years ago when Russian Foreign Minister Sergey Lavrov made a comment about Georgia in passing, and I think he meant it about all of the Caucasus.  He was very dismissive about the West in Georgia.  He referred to it as political butterflies that blow in on foreign winds from time to time.  And he referred to this as something ephemeral or passing, something that was not going to have a lasting impact on Georgia.  And, I think in contrast to that statement, I would say Georgia is profoundly and deeply Western.  And I would start at the most basic, maybe for many of you most the surprising, but basic level and say geographically, I would argue, that Georgia is Western. We’re all familiar with the fact that Georgia is in the Caucasus, but Georgia sits on the coastline and historically this maritime presence gave the Georgians an outlook that was favorable towards outsiders and cultivated deep trade with the West.

I would say historically and culturally Georgia is Western.  Georgia was an integral part of the Mediterranean world in antiquity.  And any of you who are classical scholars know the countless allusions to the kingdom of Kolkhia and the people here figured very prominently in Mediterranean literature, politics, and trade.  The Romans were here; Vespasian built forts and Pompeii brought the Roman law.  Roman law was here for a thousand years and thrived and took very deep root.  So the rule of law has a very long history here.  The Western rule of law has a long history here.

But then, I would argue that, perhaps most importantly, Georgia is Western by choice.  Georgian people have repeatedly chosen a western future for themselves.  A future of democracy, of European integration, and membership in NATO. It’s really remarkable when you think about—in a short period of time—how the nation of Georgia has established strong foundations for democracy in a very difficult neighborhood.  Pulled itself up by its bootstraps economically as well as politically.  Built strong political and economic institutions.  The Georgian GDP has increased by something like 400 percent in the last 25 years.  Georgian political institutions fight against corruption.  The Association Agreement with the European Union, visa-free travel, the relationship that Georgia has with NATO.

So, I think Georgia has repeatedly chosen a western future and I would say Georgia is an important symbol of freedom and western values and democracy precisely because it’s in a difficult neighborhood, where historically it has not been easy for those things to flourish.  The United States has been very important, I would say instrumental part of Georgia’s commitment to the western world.  In the last 25 years, more than $32 billion dollars in U.S. aid and assistance of various types have gone into Georgia and I think we have seen a very good return on that investment with Georgia, strategically as well as politically and economically.  The United States has worked to develop very deep political relationships.  We’ve worked alongside the European Union to encourage political reform.  Today we work with Georgians in a variety of fields.

But I would argue today the U.S. cooperation with Georgia is stronger than it has ever been.  And I think you see this first and foremost in the security realm.  It was long overdue, in my view, for this administration to provide Javelin missiles to Georgia to enable it to defend itself.  The Georgian defense readiness program which came into place a couple months ago is a program that helps Georgians not only learn to use those weapons, but helps Georgian soldiers who have been engaged in counter-terrorism operations in Afghanistan and elsewhere understand the basics of territorial defense.  Georgia is a strong partner in the Resolute Support Mission, [it] is as most of you know the highest per capita [troop] contributor to that mission.  All together Georgia has contributed 16,000 troops in the last few years to various U.S.-led and NATO missions.  The military exercises that we have underway, Agile Spirit and Noble Partner, one of which is underway now, are both ways that the United States has continued to develop a close security relationship with Georgia.  And, I think, that would be important in any case, but I think particularly given that the path to NATO is not something that will bear fruit overnight.  I think it has been important for the United States to help NATO build up defense capabilities, but we do remain committed to seeing Georgia enter NATO and reaffirmed that at the recent NATO Summit.  And, I think, we had a very strong declaration from the NATO-Georgia council and that something that we want to build on in the days ahead.

On the reform front, we will be watching as the new constitution comes into effect at the end of this year.  Elections are coming up.  We’ve been very impressed with the deep commitment to fighting corruption which holds steady.  I think that commitment to reform is seen in efforts at education reform, pension reform.  We’re working with the Georgian government to scope out things like national security oversight in the new constitution.  We’re working, hopefully, towards a commercial court chamber for adjudicating disputes, which is absolutely crucial for keeping foreign investment here.  So, I think the relationship is strong.

I think for Georgia to succeed on the path to reform is the ultimate and most important way to beat Vladimir Putin.  Speaking bluntly, I would say of Georgia what I would say of Ukraine, that Putin has a kind of thesis that western democracy will fail in the countries that border Russia, and I think the success of Georgia as a model democracy, as a westward facing strategic partner, and also as a reliable transit country in energy is absolutely crucial for disproving that thesis.

And so, I would sum up by saying that I think Lavrov was dead wrong when he talked about the West being political butterflies that flitter into Georgia from time to time but something that doesn’t have staying power. I think that western ideas are very deeply rooted in Georgian hearts, and this is shown in the strength of our political, economic, and security relationship with Georgia today.