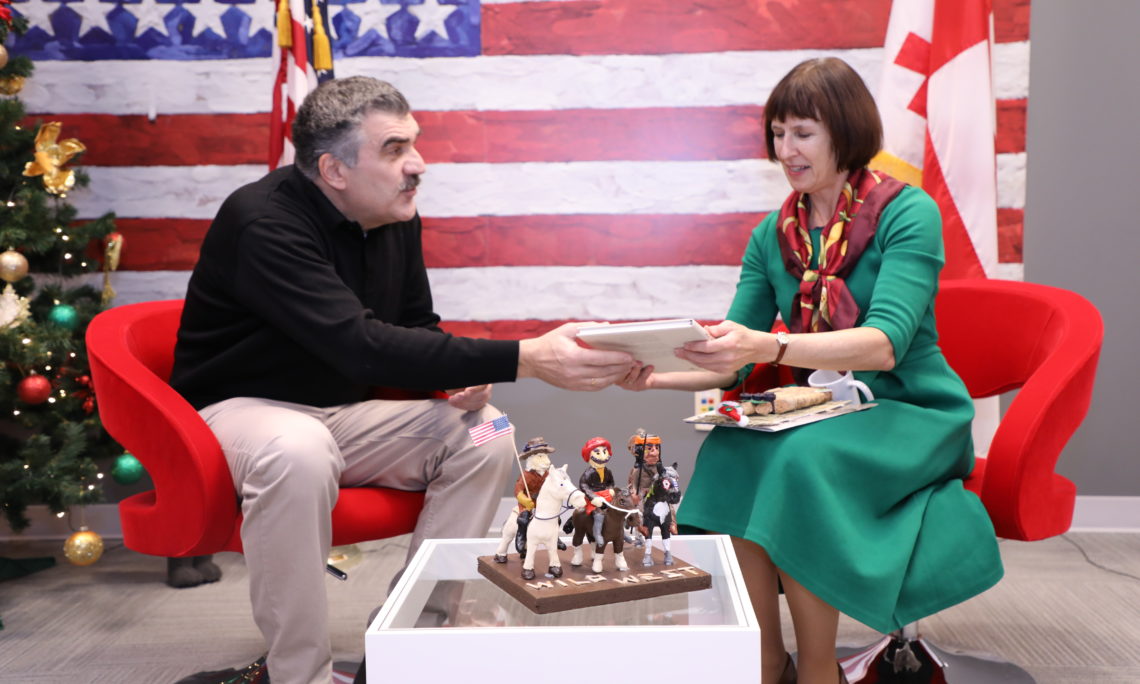 Today CDA Elizabeth Rood hosted Irakli Makharadze, author of “Georgian Trick Riders in American Wild West” at the U.S. Embassy. Mr. Makharadze has been researching the story of Georgian riders in the 1890s-1920s who participated in the famous Buffalo Bill’s Wild West Show as well as other circuses and shows. According to this research, Georgian riders contributed greatly to the development and the perfection of the cowboy horse riding technique. Mr. Makharadze’s fascinating book reveals that the connection between Buffalo Bill and Georgian trick riders was one of the oldest known relationships between Georgia and the United State of America. Irakli Makharadze kindly presented a symbolic sculpture featuring Buffalo Bill Cody, Georgian rider and Native American to CDA Rood which will be exhibited in the embassy atrium with other gifts presented to the mission throughout the years.