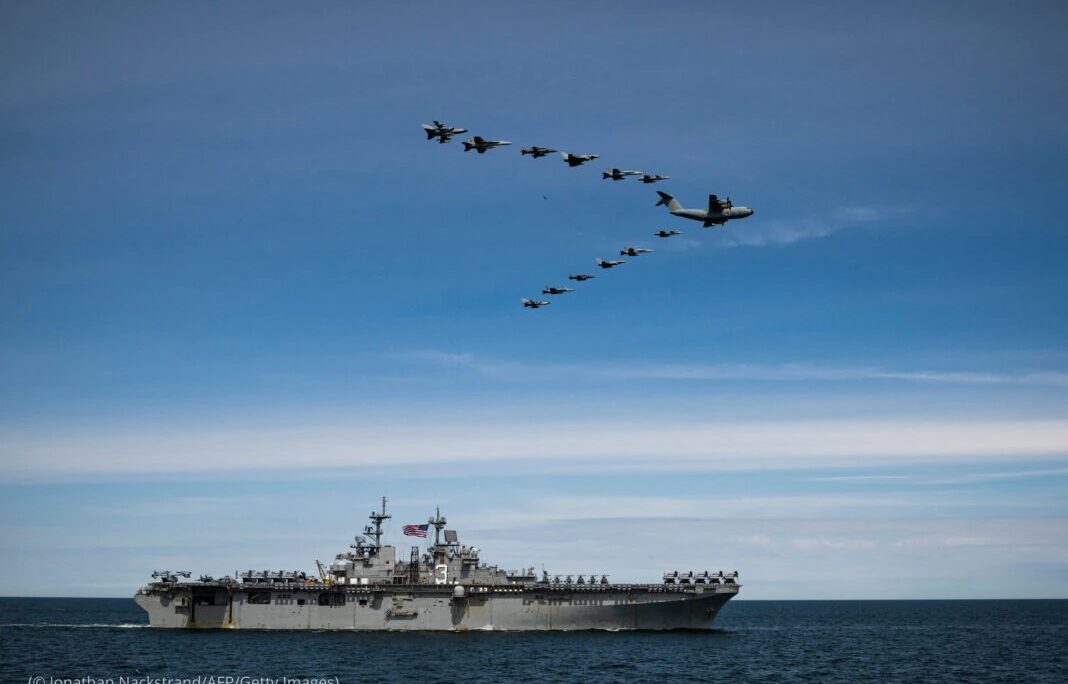 Airplanes from different nations fly in formation over USS Kearsarge during the BALTOPS 22 Exercise in the Baltic Sea on June 6. The exercise, led by U.S. Naval Forces Europe-Africa and executed by Naval Striking and Support Forces NATO, was held before the June 29–30 NATO Summit in Madrid. (© Jonat

The United States and its trans-Atlantic allies have agreed to a bold vision for NATO’s future to ensure a strong NATO alliance. The White House called the June 29–30 NATO Summit in Madrid “an historic moment for the Transatlantic Alliance.” For the first time, leaders from partner nations in Asia, including Australia, Japan, New Zealand and South Korea, attended the event.

“We’re sending an unmistakable message,” Biden said: “that NATO is strong, united.” He said the steps taken during this summit would “further augment our collective strength.”

NATO represents 1 billion people and has doubled from 15 members in 1997 to 30 today. The alliance maintains an open door to nations that share a desire for collective Euro-Atlantic security. During the meeting Finland and Sweden were formally invited to join the alliance.

“What we’ve seen is a recognition throughout Europe and beyond that the aggression against Ukraine is also an aggression against some very basic principles that do underlie the international order,” Blinken said at a June 29 NATO public forum in Madrid.

Blinken emphasized that the alliance allows member nations to defend themselves. Article 5 of the Washington Treaty, NATO’s founding document, states that an attack on one member is an attack on all. The U.S. commitment to Article 5 is ironclad.

Biden said June 29, “In a moment when Putin has shattered peace in Europe and attacked the very, very tenets of the rules-based order, the United States and our Allies — we’re going to step up.”

At the close of the summit, NATO Secretary General Jens Stoltenberg said, “The decisions we have taken in Madrid will ensure that our Alliance continues to preserve peace, prevent conflict, and protect our people and our values. Europe and North America, standing together in NATO.”