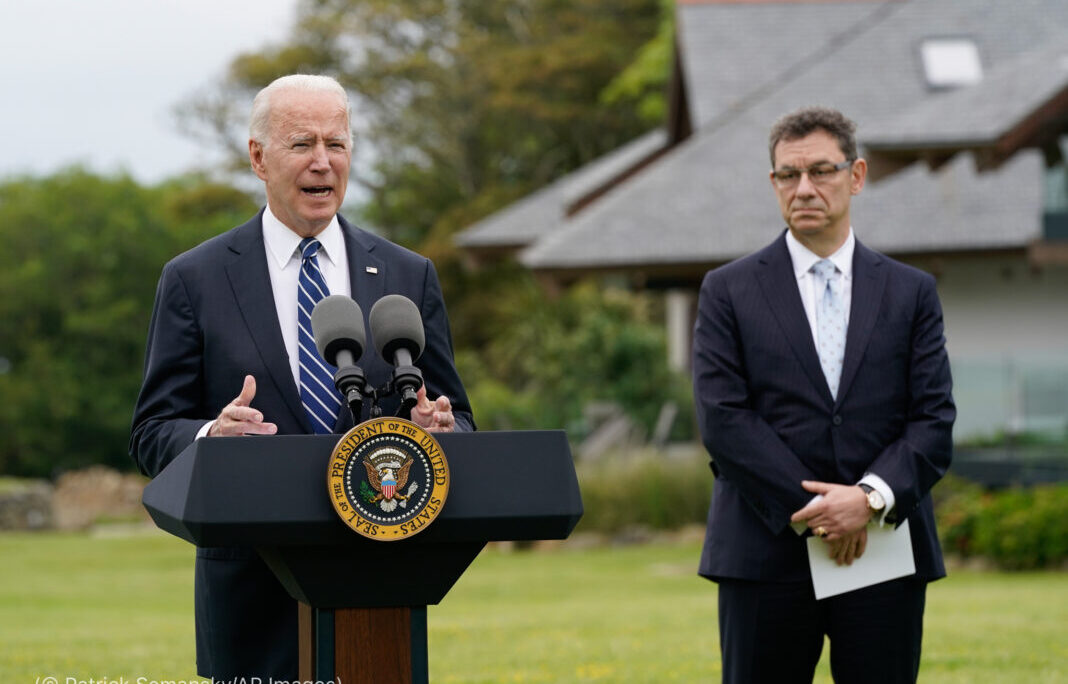 The United States is purchasing a half a billion COVID-19 vaccine doses to donate to nearly 100 developing countries around the world through COVAX.

President Biden announced the “monumental commitment by the American people” on June 10, saying the donation lays the foundation for democratic nations’ sustained efforts to rid the world of COVID-19.

“We’re going to help lead the world out of this pandemic, working alongside our global partners,” he said, speaking in advance of the Group of Seven (G7) nations’ Leaders Meeting June 11–13.

On June 11, the leaders of the G7, joined by other nations, announced that they would donate an additional 500 million vaccine doses combined, raising the total combined pledge to more than 1 billion doses. The G7 nations are Canada, France, Germany, Italy, Japan, the United Kingdom and the United States.

Today, President Biden is announcing that the United States will purchase half a billion new doses of Pfizer vaccines and donate them to 92 low- and lower middle-income countries in the world. This historic step will save millions of lives.

The doses the United States is donating are highly effective vaccines produced by U.S. biotechnology firm Pfizer and will go to 92 low- and lower-middle-income countries through COVAX, which facilitates fair and equitable access to safe and effective vaccines.

America’s donation is the largest ever by any single country. The United States will start shipping the Pfizer-BioNTech mRNA vaccine doses in August and will deliver 200 million vaccine doses by year-end. The remaining 300 million doses will follow in the first half of 2022.

The newly announced donation is in addition to the 80 million vaccine doses the United States plans to deliver before the end of June. At least 75% of those doses will also be delivered through COVAX.

The United States has also committed $4 billion to COVAX and donates millions in equipment, tests and therapeutics to countries in dire need around the world.

In his June 10 remarks, Biden said the United States is donating vaccines unconditionally, not trading them for favors or concessions from other countries.

“We’re doing this to save lives, to end this pandemic,” he said. “That’s it. Period.”