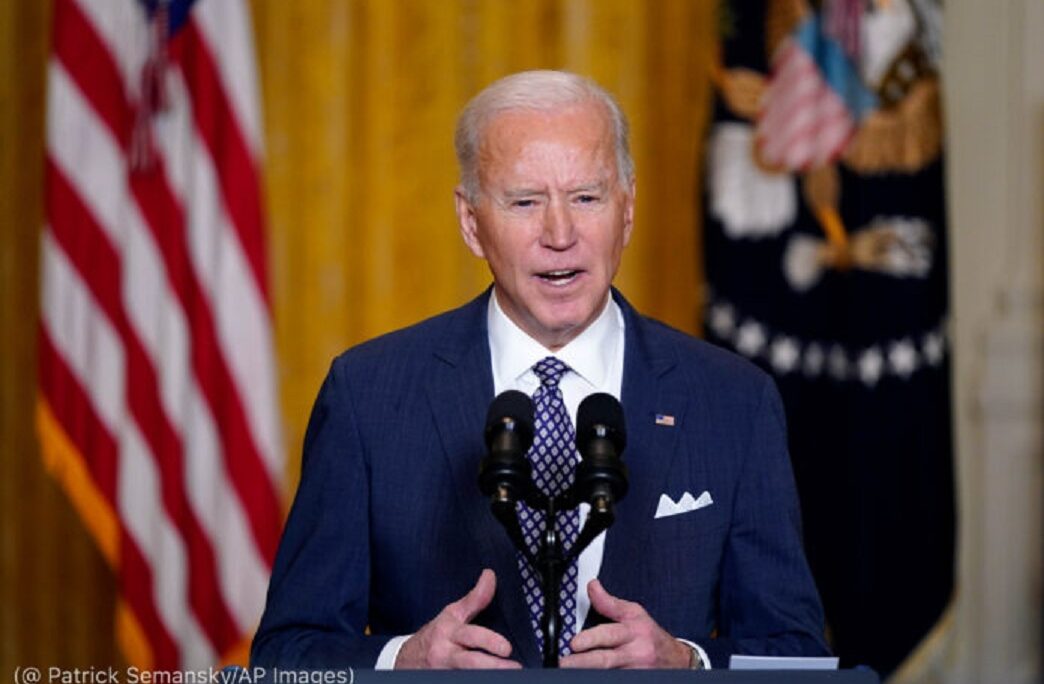 President Joe Biden speaks during a virtual event with the Munich Security Conference in the East Room of the White House, Friday, Feb. 19, 2021, in Washington. (AP Photo/Patrick Semansky)

President Biden says the United States will stand with its European allies and other international partners to confront the world’s most pressing problems.

Speaking to the Munich Security Conference February 19, Biden hailed strong partnerships between free nations as the foundation for countering rising global challenges. He affirmed the United States will partner with its North Atlantic Treaty Organization (NATO) allies to tackle the COVID­-19 pandemic and climate change and to counter rising authoritarianism.

“The United States will work closely with our European Union partners and the capitals across the continent — from Rome to Riga — to meet the range of shared challenges we face,” he said in remarks delivered virtually. “The United States is fully committed to our NATO alliance.”

Biden announced a $2 billion U.S. contribution to the COVID-19 Vaccines Global Access Facility (COVAX), an international effort to support access to safe, effective vaccines against COVID-19 for low and middle-income countries. He pledged $2 billion more, contingent on fulfillment of pledged support by other donors.

As vice president, I worked closely with America’s democratic partners to advance our shared vision and values. As president, I’ll work with our partners and allies to defeat COVID-19 and advance peace and shared prosperity around the world.

He noted that the United States on February 19 officially rejoined the Paris Agreement, part of an ambitious plan to avert the most serious consequences of climate change by reducing dependence on fossil fuels.

He outlined numerous additional complex challenges free nations must face together. Among them:

Biden called out the Chinese government’s economic coercion, Russia’s bullying and cyberattacks, and the Iranian regime’s destabilizing activities in the Middle East.

He described the United States and its allies’ commitment to democratic values as central to prevailing over rising authoritarianism around the world.

“We want a future where all nations are able to freely determine their own path without a threat of violence or coercion,” Biden said. The United States will “do our part. We’ll stand with you. We’ll fight for our shared values. We’ll meet the challenges of this new moment in history. America is back.”