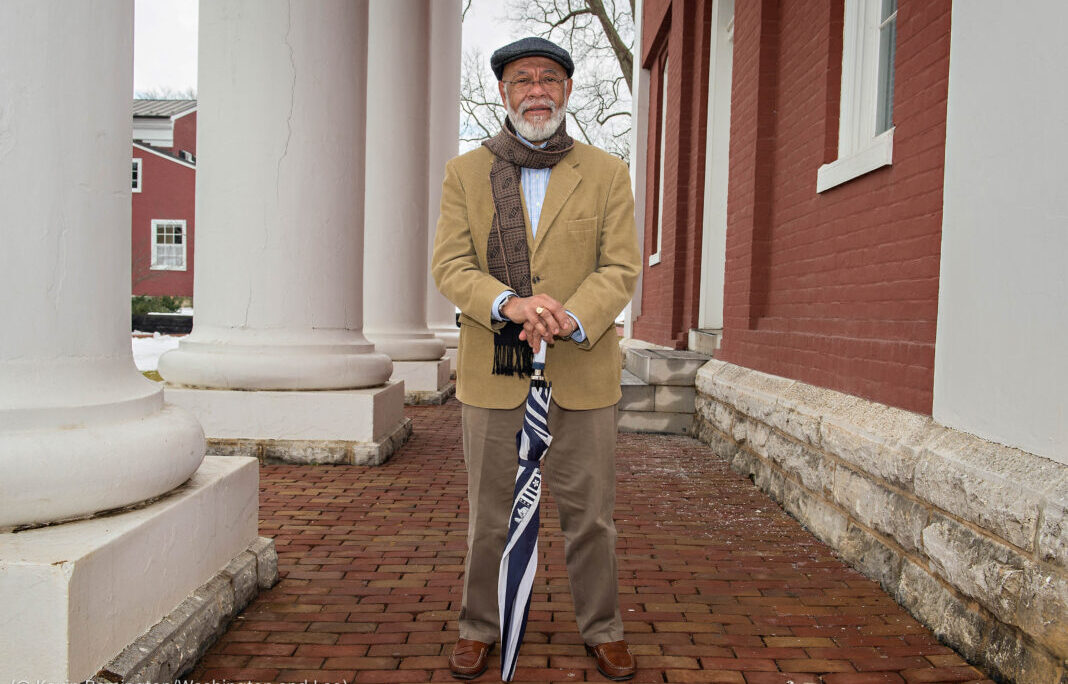 Ted DeLaney arrived at Washington and Lee University as a janitor. By the time he left, he’d been chairman of its history department. DeLaney’s story is extraordinary, but his path is one shared by millions of Black Americans: Overcome prejudice, seize new opportunities, and contribute to your community and your nation.

DeLaney was born and raised in Lexington, Virginia — home of Washington and Lee University. He received a scholarship to attend Morehouse College in Atlanta — a historically black college or university (HBCU). But in 1961, his mother was afraid for his safety, given the backlash against the civil rights movement, and would not let him attend.

At that time, African Americans were underrepresented among college graduates — only 3% held a bachelor’s degree, compared to 9% for whites. Jim Crow–era laws that discriminated against Black students by denying them entry to traditionally white institutions were one reason.

That’s why DeLaney’s first role at Washington and Lee was as a custodian. The university did not accept Black students until 1964.

That year, the newly passed Civil Rights Act forbade discrimination in public schools on the basis of race, color, sex, religion or national origin. It similarly forbade the same discrimination in any educational institution that received federal financial assistance.

As Washington and Lee University became more integrated, DeLaney started part-time night classes while working as a lab technician during the day.

After a decade and a half of part-time work and four years of full-time classes, DeLaney finally received an undergraduate degree in 1985 at the age of 41. He then pursued a doctorate in history at the College of William and Mary, earning it in 1995, one of 1,287 Black Ph.D. graduates in the United States that year.

DeLaney came back to teach at Washington and Lee, eventually becoming a tenured history professor. He co-founded the university’s first African American studies program. And from 2013 to 2017, he was chair of the university’s history department.

But decades of segregation and prejudicial admissions policies mean that only 26% of Black Americans held a bachelor’s degree or higher in 2019, compared to 40% of white Americans. And hiring of Black faculty members has not kept pace.

The most recent data shows that 6% of all professors in the United States are Black, and 96% of all Black tenured professors teach at HBCUs.

However, non-HBCU institutions are looking to fix that disparity. According to a recent report by Inside Higher Ed:

And Black scholars are calling for change that extends beyond hiring practices.

Following the white-supremacist violence in Charlottesville, Virginia, in 2017, Ted DeLaney was one of three faculty members on a commission to recommend steps for Washington and Lee — named in part for the Confederate general and slaveholder Robert E. Lee — to address its problematic past.

The commission’s report, released in 2018, included recommendations to increase representation of Black Americans on the university’s faculty and to establish reciprocal study programs and faculty exchange programs with minority-serving institutions.

DeLaney retired in June 2020 as professor emeritus of history, six months before his death. Following his retirement, a postdoctoral fellowship, a lecture series in Africana Studies, and a scholarship in the humanities and interdisciplinary studies were established in his name.

Molly Michelmore, DeLaney’s colleague and the current chair of the Washington and Lee history department, told the New York Times, “He was always willing to call out the institution on its failure to live up to its promise.”

That’s what Americans who fight for racial equality continue to do: call out institutions — educational, governmental and social — when they fail to live up to their promise.