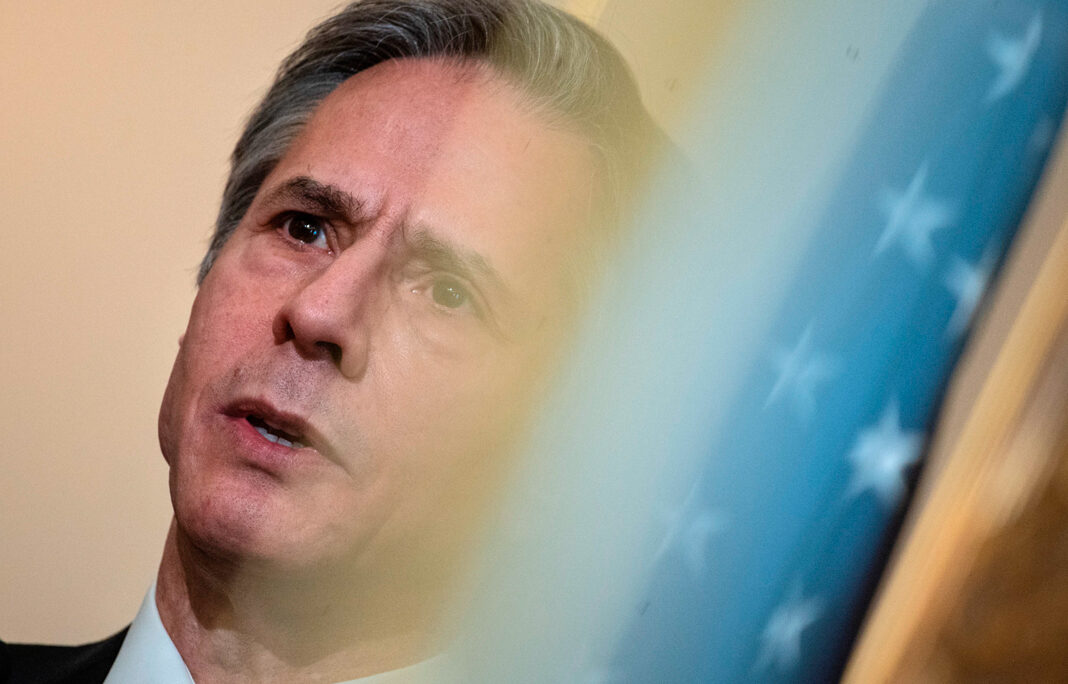 US Secretary of State Antony Blinken delivers remarks about priorities for administration of US President Joe Biden in the Ben Franklin room at the State Department in Washington, DC on March 3, 2021. (© Andrew Caballero-Reynolds/AFP/Getty Images)

The United States will embrace its role as a world leader and rally international partners to take on pressing global challenges.

In his first major speech, March 3, U.S. Secretary of State Antony Blinken said the Biden administration’s foreign policy will reflect American values, including a commitment to democracy, human rights and the rule of law, and a belief in the dignity of every individual.

“At our best, the United States is a country with integrity and a heart. That’s what makes us proud to be Americans and why so many people around the world have given everything to become Americans,” he said.

Noting that the COVID-19 pandemic and the climate crisis span borders, Blinken said America will collaborate to solve problems. “Not a single global challenge that affects your lives can be met by any one nation acting alone,” he said.

The challenges ahead include building a stronger and more inclusive global economy after the COVID-19 pandemic and countering rising authoritarianism around the world through a commitment to open government. “I take heart from the fact that we’re dealing with our struggles out in the open,” Blinken said. “It’s painful. Sometimes it’s ugly. But it’s how we make progress.”

To advance these priorities, the United States must revitalize its international partnerships, Blinken said, describing America’s alliances as a “unique asset.”

“We get so much more done with them than we could without them,” he said. “So we’re making a big push right now to reconnect with our friends and allies, and to reinvent partnerships that were built years ago.”