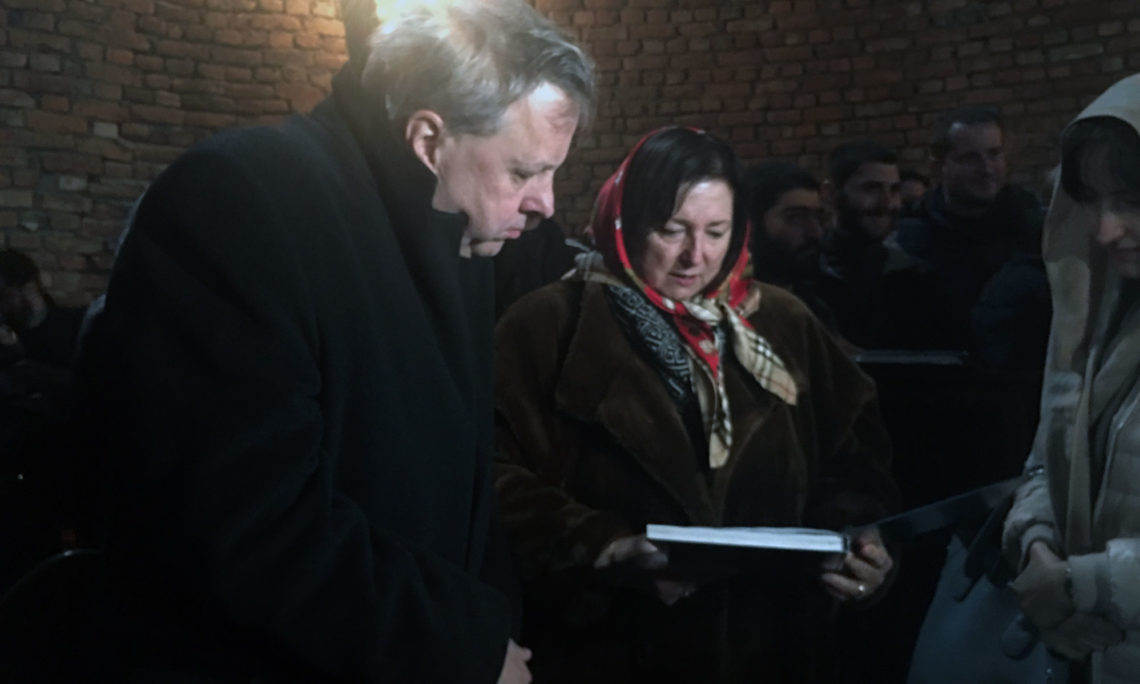 Q-n about the U.S. Department of State’s statement in support of Georgia’s territorial integrity , calling on Russia to comply with the 2008 ceasefire agreement and condemning Russia’s occupation of Abkhazia and South Ossetia

Ambassador Kelly: We were really appalled by the Russian Duma[‘s ratification of] this so-called treaty to integrate the armed forces of South Ossetia and the Russian Federation.  We do not recognize the legitimacy of this agreement and, in fact, we see it as a step backward.  I think all sides should be working towards the implementIon of the 2008 ceasefire agreement, which calls for the forces to return to the places of previous position.  It is a step in the wrong direction and so, this is why we absolutely condemn this move in Washington.